The two boys knocked a bit of craic out of this.

This will not be the last time we hear of Lions and hobbits.

We are still over a month away from the British & Irish Lions setting off for South Africa, on their eight-game tour, but anticipation is still bubbling away. 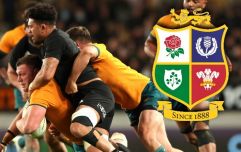 END_OF_DOCUMENT_TOKEN_TO_BE_REPLACED

The Lions squad was announced on May 6 and the Springboks will confirm the 45 players they will call on for the Test Series and a South Africa 'A' game in mid July.

There has been some early verbals about who has the best chance of winning, and who can call themselves favourites. With the Boks and Lions playing it respectful, for now, respective media members have stepped in to lob grenades.

We have already had the Springboks labelled a busted flush and lucky world champions, and South African columnist Mark Keohane describing Warren Gatland's squad as containing too many "Neville Nobodies" and plucky underdogs. 'Gatland,' Keohane declared, 'has picked hobbits to be giant-slayers'.

During their Friday press briefing, Springboks coaching duo Rassie Erasmus [director of rugby] and Jacques Nienaber were asked about the 'hobbit' line, and it was suggested Keohane may have been referring to back-rows Hamish Watson and Sam Simmonds. Erasmus and Nienaber looked a mixture of perplexed and amused as they fielded a question about hobbit-like players. 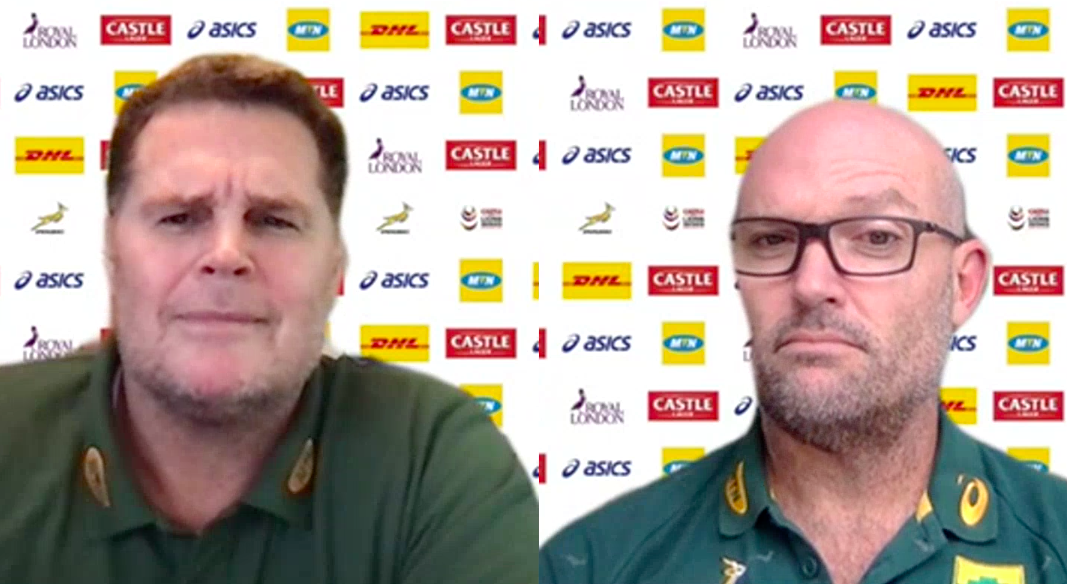 "I hope it's not our close [in-house] media that did it," Erasmus joked.

"Jacques and I were talking about the squad. We studied it and, hell, that's fast loose forwards, man. And it's explosive loose forwards.

"I'm not sure if Courtney Lawes will back up flank/lock. I know Tadhg Beirne. I signed Tadhg for Munster, from the Scarlets. I know what he can do, in both. Then you look at the other loose forwards and, hell, the whole pack - the props are mobile and fast.

"It's interesting the way he Gatland selected that squad. It’s almost a team that can play at the high veldt in winter at altitude. Those boys can move, and Simmonds specifically. He has made his mark, not from nowhere but he just stamped his authority and the way he was playing for Exeter, he was tough to ignore. I don’t know the selection policy but it looks like a really good pack to me."

Nienaber, who took over from Erasmus as Springboks head coach after the successful 2019 World Cup campaign, added, "“If you look at Sam, it is well documented in terms of he is just improving his try-scoring record currently in the Premiership.

"I guess Warren went with guys who are on form because of both of them [Simmonds and Watson]. And the hobbit one, I don’t know where that came from."


popular
Shay Given on how far Ireland could've gone at the 2002 World Cup with Roy Keane in the team
From Ireland to Argentina: Alexis Mac Allister's Irish roots explained
The SportsJOE Friday Pub quiz: Week 3
Ivan Rakitic criticised for alleged comments condemning 'gays, black people, dwarves and the obese'
Jack Grealish says he regrets his comments about Miguel Almiron
The World Cup 2022 team of the tournament so far
France demand FIFA change result of World Cup defeat over 'rule break'
You may also like
4 months ago
Warren Gatland selects nine Irish players in his strongest Lions XV, right now
7 months ago
Sean O'Brien on his two best games in an Ireland jersey
1 year ago
"It was gutting to hear that" - Johnny Sexton on Gatland's reason for Lions omission
1 year ago
"I went into his room, and he's got all his beauty products lined up. I couldn't believe it!"
1 year ago
One Lions star charged a little too hard in the end-of-tour session
1 year ago
Stuart Hogg talks to us about wearing that Garryowen jersey on the Lions Tour
Next Page