Ireland held a press conference in Shizuoka today and there were positive updates on a few players that have yet to feature in the World Cup. Ireland rugby fans are still on a high after their side's 27-3 thumping of Scotland and the latest news from the camp provides a further boost.

Ireland skills coach Richie Murphy addressed a packed out conference room - with Irish and Japanese reporters jostling with members of the travelling media horde - and spoke about the game-readiness of Joey Carbery, Robbie Henshaw, Keith Earls and Rob Kearney.

That trio all missed out on their side's opening win of the tournament but Murphy said they all trained fully today and are in the mix for Saturday's game against Japan.

The news on Johnny Sexton was not so upbeat but, given that we are now in a tournament rugby scenario, not too surprising. 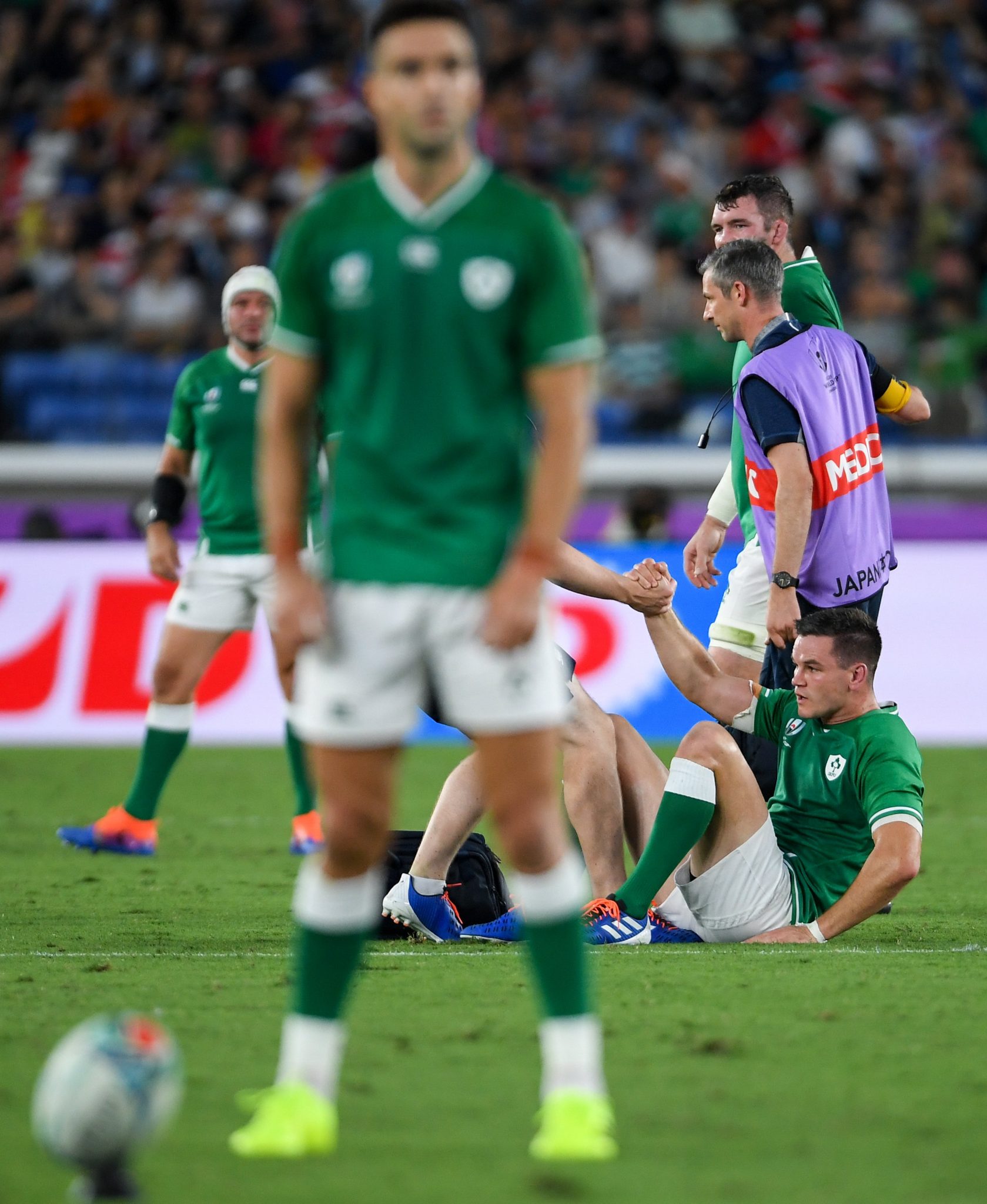 Sexton remained on the pitch, against Scotland, until Ireland had secured the try-scoring bonus in the second half. Joe Schmidt then called him ashore. However, he twice received treatment on the pitch and ceded goal-kicking duties to Conor Murray mid-way through the first half.

Murphy confirmed that Sexton did not train with the wider squad today but is hopeful that the Leinster outhalf will be back with them on Thursday [Wednesday is a day off yet individual players will have their own minor work-ons].

Murphy was far from ruling Sexton out of Saturday's game but he did note that Carbery, should he start in the 10 jersey, would take the goal-kicking duties, rather than Murray [should he start ahead of Luke McGrath].

END_OF_DOCUMENT_TOKEN_TO_BE_REPLACED

Bundee Aki and Peter O'Mahony have both passed the third part of the Head Injury Assessment, following their weekend withdrawals from the Scottish game, and took part in a gym session with the wider squad today.