Poll: Who should step into Paul O'Connell's boots to captain Ireland?

Jamie Heaslip did a fine job standing in at the World Cup, but should the Leinster man be handed the Ireland captaincy back on a full-time basis?

The sad sight of Paul O'Connell limping off into the international rugby sunset has created a huge opening in the Ireland rugby team, giving Joe Schmidt the task of selecting his new captain ahead of the Six Nations.

O'Connell's leadership qualities were the stuff of legend and his presence was sorely missed as Argentina ran Ireland ragged in Cardiff on Sunday.

END_OF_DOCUMENT_TOKEN_TO_BE_REPLACED

But with the Toulon-bound forward's days in green now firmly in the past tense, who is going to step up to wear the armband?

Has already proven his worth as a leader, although perhaps prefers to let his play do as much of the talking as his pre-match words.

Took over after O'Connell's injury against France and made sure composure and standards were maintained, and while he couldn't repeat the trick against Argentina, did his damnedest to lead by example with a tireless effort. 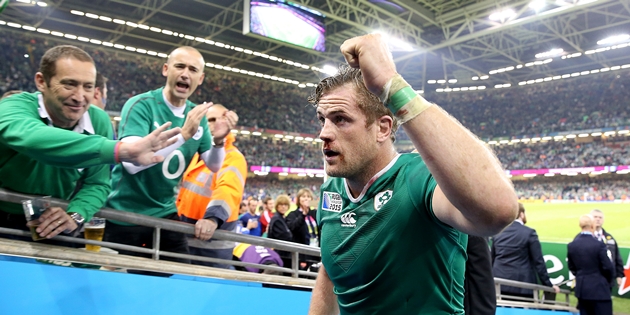 END_OF_DOCUMENT_TOKEN_TO_BE_REPLACED

Was named Ireland captain under Declan Kidney for the 2013 Six Nations before ceding the armband to O'Connell when Schmidt was named coach later that year. Succeed Leo Cullen as Leinster captain a year ago after filling in on a regular basis in previous seasons to great effect, so has no shortage of experience in the role. At 31 but has an incredible record of durability, so the prospect of the captaining Ireland at another World Cup could tempt him to stick around until his mid-30s.

The Munster back row would be another popular choice, and at 26 would be seen as the long-term option for the next four-year World Cup cycle and beyond.

END_OF_DOCUMENT_TOKEN_TO_BE_REPLACED

O'Mahony's ability to deliver inspirational moments on the field makes him a natural leader, and he was chosen to lead Ireland at both Under-18 and Under-20 level before being handed the Munster captaincy two years ago. Has also skippered the Irish senior side on the 2013 tour of North America.

One factor that could potentially count against him though is his injury record, with shoulder and now knee problems robbing him of too much rugby over the past few years.

At 33, Best is perhaps a long shot, and the Ulster man would certainly be the short-term candidate, but he does command total respect within the Irish set-up. 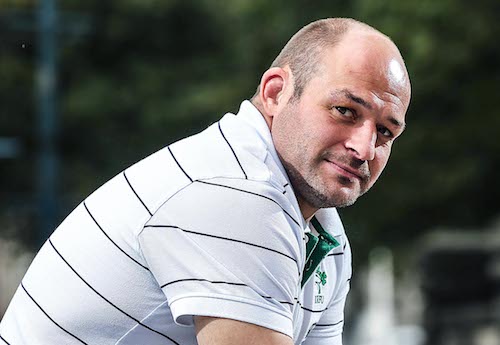 Has already captained Ireland during a Six Nations campaign, stepping in for the injured Paul O'Connell in 2012 and remains a stalwart of the Irish pack, delivering pinpoint line out darts and making a big impact around the park at the World Cup.

Led Ulster from 2007 to 2011 before taking the captaincy back last year following the retirement of Johann Muller, and has played a key role in the development of Ulster into a side capable of competing with Munster and Leinster for the major trophies in club rugby.


popular
Rangers legend says he and Roy Keane didn't speak during Man United spell
The coolest customer in hand-ball hoping to carry on the family tradition for Kilkenny
Rhodri Giggs accuses Gary Neville of hypocrisy over Salford sacking
Gary Neville reveals Man United ignored advice to sign Joao Cancelo
FootballJOE's Career Path Quiz: #6
"County football isn't for everyone" - Down captain Barry O'Hagan hits back at criticism
"I think there are only five Kilkenny players who are guaranteed to start on any given day" - Cody's motivational methods
You may also like
1 week ago
Josh van der Flier proving why Lions snub was so baffling in every single outing
2 weeks ago
Eddie Hearn hints at Katie Taylor v Amanda Serrano rematch in Ireland
3 weeks ago
England scrumhalf gets away with clear strike on Ireland's Michelle Claffey
4 weeks ago
Munster announce signing of French centre who can play for Ireland
1 month ago
Stacey Flood and Sam Monaghan star as Ireland get first Six Nations victory
1 month ago
Shamrock Rovers still look strongest of Dublin's five Premier Division teams
Next Page