Ireland will have some job getting fit players out on the pitch for the quarter final but, for now, just drink in this superb win.

Tries from Rob Kearney and Conor Murray were the attacking highlights of Ireland's 24-9 dismantling of France at the Millennium Stadium, this evening.

We may have lost Paul O'Connell, Johnny Sexton and Peter O'Mahony for a while but we have our best ever chance to reach the last four at a World Cup.

Here's how we rated Joe Schmidt's men in green.

Claimed the first steepler and rarely looked back. So strong, and brave in defence. Needed every ounce of courage. As for that try... they were never going to stop him.

Brought Fofana down with a strong, early hit. Top-class break should have set up Earls for an easy try before the centre spilled a pass. Grew as the game progressed. His pass to Dave Kearney almost had us over in the corner [on 48 minutes].

Goodness, he butchered that gimme try after Bowe's break. Saw the tryline, not the pass. That said, this guy makes METRES. Made a vital tackle in the corner, before half-time, to prevent a French try. 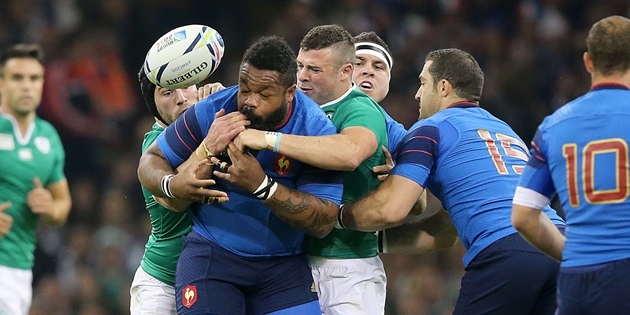 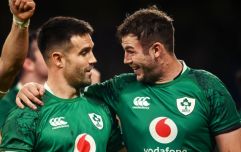 END_OF_DOCUMENT_TOKEN_TO_BE_REPLACED

A lot of talk about Bastareaud & co. going after Sexton but the Connacht man had some strong darts at the French half-backs. Made a beautiful, beautiful [BOD-like] line break and dish early in the second half. Linked up excellently with Bowe in the lead-up to Kearney's try. Lovely take after Madigan's dink over the blue lines. Bravery in buckets.

Drifted into midfield to make one strong carry before Sexton's second penalty. Was not the only guy to struggle keeping a lid on Ben Arous at the breakdown - conceding one penalty for it to reverse Irish momentum. Smart kick forced a Fofana fumble.

Settled any kicking nerves with a sweetly struck opening penalty. Landed another but was soon off, after 25 minutes, for good. France got the scalp they were looking for. 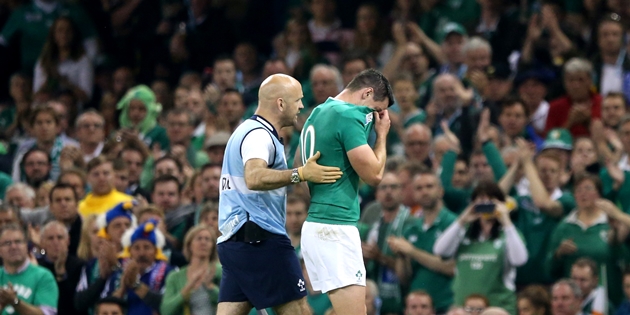 Was so, so keyed in there - touching the ball against the base of the post for his try. If Joe asks him to box-kick, Murray will box-kick. France disrupted the Irish tactic for the opening half-hour but the kick-chase improved. Murray was accurate with the boot and with his passes. On the money to pass right, to Kearney, when Ireland had France bang to rights on their line.

Penalised for holding on, which gave France and early foot-hold. Was badly needed at the breakdown and pitched in manfully. Lasted 57 minutes and gave it his all before he was called ashore.

Was introduced to the Cardiff turf by a crunching French double-team tackle [pictured below] but still managed to present clean ball. Lineout throwing on the money except one CRUCIAL moment when we had the French penned in their 22. Made up for his loose throw, soon after, with an excellent turnover in his own 22. Close to a try of his own before Murray scored. 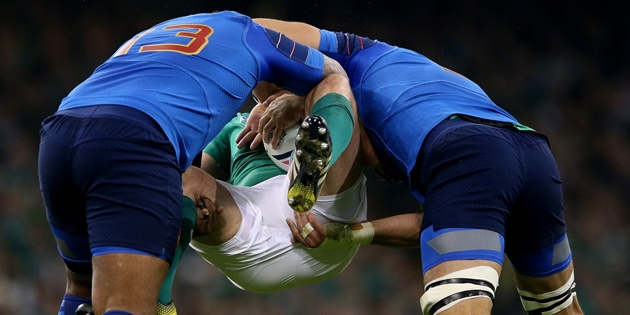 The opposition regularly target Ross in attacks and they caught him flat-footed when Michalak made a line break, 15 minutes in. Adore his drops to the pitch to allow backline passes. Scrum just about held its own after creaky start.

Gave away an early penalty after coming in from the side. Quick off the mark with a lineout steal just before Sexton landed his first penalty. Made a vital grab on Naikataici to put France on the back foot. In from the side AGAIN after the break.

Super, committed claim of an early high ball told everyone he was ready to roll. Michalak breezed past himself and Ross far too easily at one stage. His match ended when he badly twisted his knee in a ruck, on 40 minutes, and had to be stretchered off. 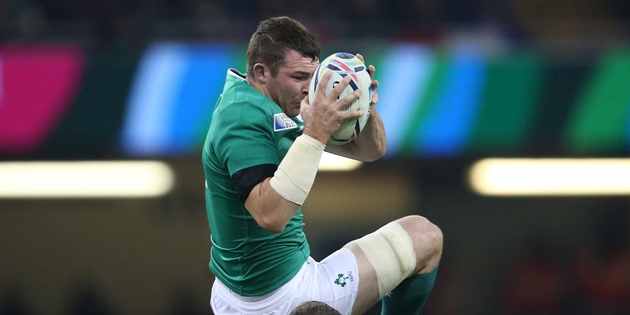 Set a furious tone with a crunching hit on Tillous Borde. Forced one turnover, on two minutes, and another, two minutes later, with monstrous maul defence. Was in every French face going. Delivered 55 of the best minutes ever seen by an Irish blindside before he was stretchered off.

A sublime, spiralled clearance from his own 22, too. Forcing turnovers like a man possessed and went hunting blue shirts after the late hit on Sexton. Might get cited for a stupid punch on Papé. Cannot explain just how huge his steal on Bastareaud, inside the Irish 22, was. Momentum-shifter.

His pace and defensive awareness were much needed in open play. His leg-driving in contact is brilliant. Finished the game bloodied, bashed but unbowed.

[On for Sexton '25] My, how he needed that early penalty when he came on. Lovely kick in behind the blue lines, on 36 minutes, had the opposition in trouble. Kicking out of hand was either genius or guff. Nice, flat passing though. Had his backline playing well up. Shame he missed that conversion after Kearney's try.

[On for O'Connell '40] Knocked on in the red zone with France under the cosh. Shunted Tales 10 metres back down the pitch in one defensive drive. We'll need him in the knock-out stages.

[On for O'Mahony '55] Refused to go off for a HIA but appeared to be sound of body and mind, in the closing stages, as he horsed into Les Bleus.

[On for Healy '56] A couple of strong carries in the loose. Pinged for a high tackle on Parra. The scrum monstered Les Bleus at the death.

[On for Earls '62] Carried on the feverish defence and smart attack that Earls had displayed before him.

[On for Ross '65] Shot out of the line at one stage to snaffle a French attack. The scrum sung when he was on.

[On for Best '72] Did everything he had to and aided a dominant front row in the final minutes.

[On for Murray '72] What a joy it must have been - to be on the pitch for the final moments of that awesome game... playing with a pack that was moshing it.

MasterCard is turning the world oval for Rugby World Cup 2015. For your chance to win tickets to one of the matches please visit pricelessIreland.ie


popular
"I've had stick my whole career" - Mike McCarthy on 'Plastic Paddy' jibes and singing the anthem
Roy Keane explains why Ireland didn't 'tie down' Declan Rice and Jack Grealish
Roy Keane has his say on Stephen Kenny's performance as Republic of Ireland manager
'Go and get a job' - Ronnie O'Sullivan responds to Shaun Murphy's amateur player comments
"Just brilliant" - Alex Goode backs Caelan Doris for 'Best Player' award
Ulster make massive statement as they out-gun Leinster in Dublin
BT Sport release statement as Chris Sutton is denied access to Ibrox again
You may also like
4 days ago
Four Ireland stars voted onto Autumn Nations Series 'Best XV'
4 days ago
Sean O'Brien on rugby league star he'd love to get in a boxing ring against
4 days ago
Joey Carbery puts himself in position to end odd Six Nations streak
5 days ago
Tadhg Beirne edges out pack-mates to claim Ireland's Best Player of 2021
5 days ago
"At the time, I was pissed off, but I've been on the other side" - Peter O'Mahony on Tomas Lavanini clash
5 days ago
"The gap just opened up... I had to take it!" - Craig Casey on making every chance count
Next Page