What a performance by the 27-year-old openside.

Heading into this World Cup final, we all marvelled at England's young back row duo of Tom Curry and Sam Underhill. We told ourselves that Billy Vunipola had the potential to win the game on his own, if he hit form. Pieter Steph Du Toit blew them away.

Pieter Steph Du Toit blew them all away.

The South African back row had three primary tasks and, boy, they stuck to it like demons:

END_OF_DOCUMENT_TOKEN_TO_BE_REPLACED

There have been other back row units lauded at this World Cup but this was a three-man team that worked better than any other and backed each other up. In the big games, when one of the three had emptied the tank and then gone some more, Rassie Erasmus was able to bring on Francois Louw.

When you look back at it, cruel was all that it was.

END_OF_DOCUMENT_TOKEN_TO_BE_REPLACED

South Africa knew they had to stop England making the same sort of fast start that they did against New Zealand and Australia to reach the final. We wondered whether the Springboks could suck the life out of the best of Eddie Jones' troops, as they had against Japan and Wales.

The first two minutes saw Courtney Lawes pinned in a ruck, Faf De Klerk remonstrating as he left the ball where it was, and the referee awarding a penalty. It was paint by numbers Bokke rugby and the only thing that was missing was the scoreboard changing in the favour. Handré Pollard missed his penalty but he would not err again.

One of the big moments arrived before three minutes had passed. In attempting to tackle Makazole Mapimpi, Kyle Sinckler collided with the elbow of Maro Itoje and he was left splayed. He had to go off and he would not be coming back. Dan Cole - one of England's two thirtysomethings in their squad - came off the bench and was set for 77 minutes plus.

Tendai 'The Beast' Mtawarira was licking his lips. 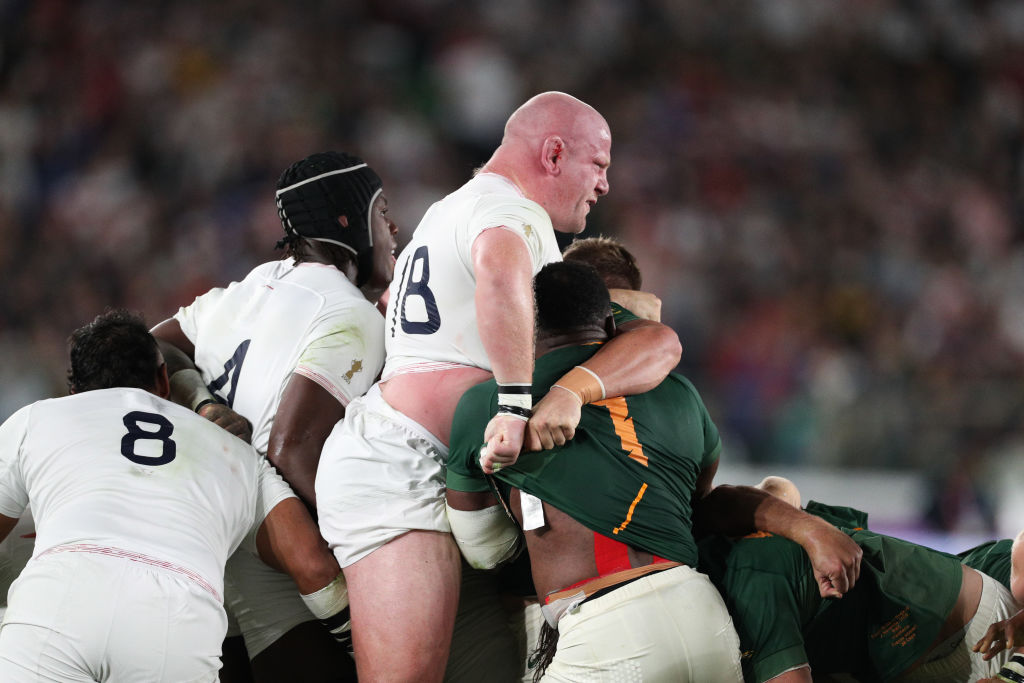 Dan Cole of England is driven up in the scrum by Tendai Mtawarira of South Africa and concedes a penalty. (Photo by Craig Mercer/MB Media/Getty Images )

END_OF_DOCUMENT_TOKEN_TO_BE_REPLACED

The Boks were more expansive than in the semi final but they were happy to go after high balls and go for scrum penalties. When they weren't annihilating England at that set-piece, the likes of Eben Etzebeth and Du Toit were causing trouble at the line-out and around the breakdown.

Du Toit's brief was simple - don't worry about carrying and get into the English at the breakdown. He hit 28 rucks and was first man in on 18 occasions.

South Africa won seven turnovers - two for Vermeulen and one for Cheslin Kolbe, Mapimpi, Malcom Marx and Damien De Allende - but Du Toit was the thundering antichrist that England could not solve.

He slowed up their ball, annoyed the hell out of Ben Youngs and was responsible for a few fearsome clear-outs when the Springboks were on the front foot. He chipped in with a turnover too. Of course he did.

He also stuck 11 tackles and assisted Kolbe for his try that, when converted by Pollard, made it 32-12. An emphatic win that few would have predicted. 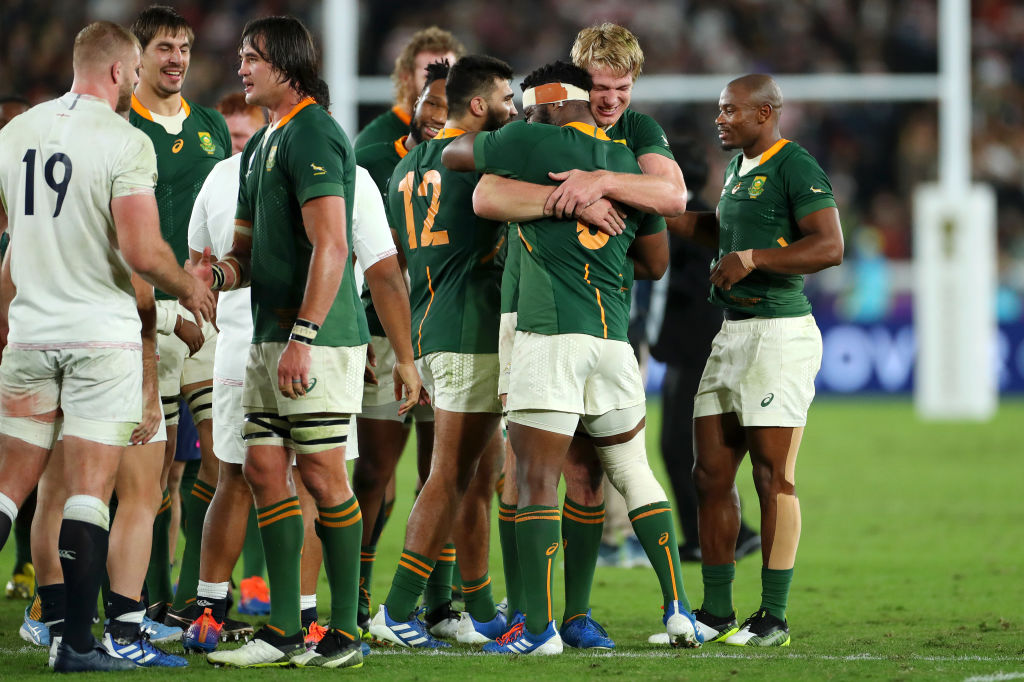 In 2012, Du Toit won the Under 20 World Championship with Pollard and Steven Kitshoff. Such was his potential that he was drafted into the Springbok senior team within the year. He has racked up 54 caps in six years and has been a go-to player for his country. He was named South Africa's Player of the Year in 2016 and 2018.

He will have some competition for that award this year. Kolbe and Mapimpi were both class at the World Cup while Kolisi, Vermuelen, Etzebeth, Lood De Jager, Mtawarira, De Klerk, De Allende and Frans Malherbe all did themselves proud. Mbongeni Mbonambi and Malcom Marx as the two hookers? Ridiculous depth.

On Sunday, World Rugby will dole out their end-of-year awards (the Test stuff is over with until 2020) and South Africans will emulate Ireland, in 2018, by sweeping the board.

Rugby officials should just do the right thing and present the World Player of the Year award to the collective Springbok forwards that gobbled their way through the knock-out stages.

Vermeulen was a deserving man of the match but Pieter Steph Du Toit was Player of the Tournament.

On Sunday, the Cape Town native will follow Schalk Burger (2004) and Bryan Habana (2007) in taking home the World Player of the Year accolade. Every player that felt his force will acknowledge that the right call was made.


popular
Gary Neville reveals Man United ignored advice to sign Joao Cancelo
"I think there are only five Kilkenny players who are guaranteed to start on any given day" - Cody's motivational methods
"County football isn't for everyone" - Down captain Barry O'Hagan hits back at criticism
QUIZ: You have 60 seconds to answer one Premier League goalkeeper question
FootballJOE's Career Path Quiz: #6
Boris Johnson slams Jurgen Klopp for defending Liverpool fans booing national anthem
Rhodri Giggs accuses Gary Neville of hypocrisy over Salford sacking
You may also like
2 years ago
"It was a complete and utter shock when Joe's name came up on my phone" - Devin Toner
2 years ago
Sinckler a stand-out, but more consistency needed - Flannery
2 years ago
"We haven't got a long-term or short-term estimate of when Joey is back" - Stephen Larkham
2 years ago
House of Rugby team agree on seven players in World Cup 'Best XV'
2 years ago
Kyle Sinckler knocked out by Maro Itoje elbow after only two minutes
2 years ago
World Cup final preview - The JOEpan Rugby Show
Next Page