It is still strange to watch Munster without these two lads getting stuck in for the cause.

Between them, Paul O'Connell and Donncha O'Callaghan lined out 438 times for their home province, won three league titles and two Heineken Cups.

O'Connell was the first to announce his departure, to Toulon, after last season's Guinness PRO12 final defeat. O'Callaghan was not far behind; moving to Worcester Warriors for 2015/16.

Both players managed to get along for a Sunday night Christmas bash with their old teammates. They got the natty Xmas jumper memo too, by the looks of it. 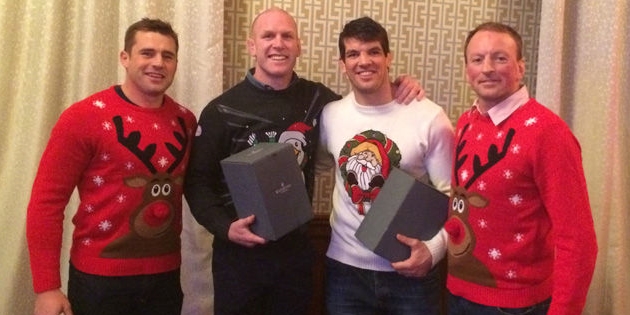 As captain, CJ Stander said a few words of thanks, on behalf of the squad, will Keith Earls also grabbed the microphone for an ode to the second rows.

Perhaps the warmest words of all were uttered by Mick O'Driscoll, who is now assistant coach at Munster but was a long-time teammate of the pair. He joked about his years as back-up to one of Ireland's most successful second row pairings.

O'Connell and O'Callaghan were presented with some Waterford Crystal to officially mark their achievements with the province.

END_OF_DOCUMENT_TOKEN_TO_BE_REPLACED

While the squad were out, they bumped into some of the victorious Clonmel Commercial side who had defeated Nemo Rangers in the Munster Senior Football Club Championship final earlier that day.

The opportunity also arose for a 100-cap ceremony. Commemorative caps were presented to Earls, Tommy O'Donnell and Ian Keatley. 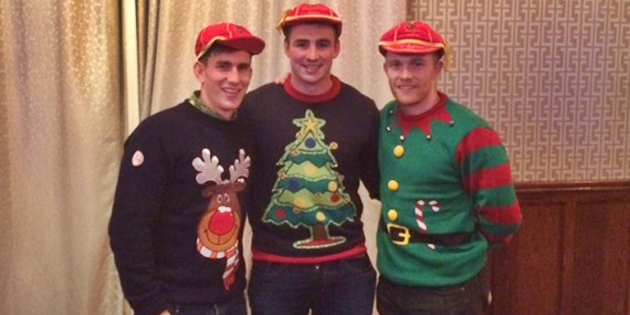 Munster play Dragons away, on Sunday, and head coach Anthony Foley has named a team with one eye on Leicester Tigers and one eye on the future.

popular
Sean Cavanagh speaks nothing but sense about what GAA players should do in the gym
The SportsJOE 12 o'clock quiz | Day 309
Robbie Henshaw one of three Irish players deserving of Lions Test XV
Marcus Rashford and teammates reach out to Timothy Fosu-Mensah after knee injury
Referee Mathieu Raynal puts Sexton in his place after TMO mess
Welsh star backs Ringrose and Henshaw for Lions backline
"I feel it is important to provide people with some context surrounding this photo."
You may also like
1 month ago
Munster snatch defeat from the jaws of victory
1 month ago
Munster secure victory after thrilling Connacht comeback in Galway
2 months ago
"It’s a jersey that I’d never swap or give away for no amount of money" - Ian Keatley
2 months ago
Danny Care accuses Munster players of 'rolling around and diving'
2 months ago
"It's something I have been pushing towards since I was very young" - Shane Daly
3 months ago
"It was rock bottom... I was going to pack my bags and start farming" - CJ Stander
Next Page