PICS: David Pocock looked as if he'd been roughed up down a dark alleyway after Australia's victory

Keith Wood called the Australian's 80-minute effort 'as good a display of rugby as you will see from any player anywhere'.

Then, he was patched up and bled some more.

END_OF_DOCUMENT_TOKEN_TO_BE_REPLACED

The Australian No.8 delivered the type of performance that will be told around bar-rooms and clubhouses for decades to come as he inspired his side to their first World Cup final in 12 years.

The forward teamed up with back row partners Michael Hooper and Scott Fardy as they went toe-to-toe with a ferocious Pumas team. Former Leinster lock Kane Douglas, meanwhile, was the top tackler - landing 16 hits on blue and white shirts.

Pocock connected with 13 gargantuan tackles, secured a couple of vital turnovers and disrupted Argentinean ball at the breakdown all day long.

At the match's conclusion, Pocock sought out Argentina's Juan Martin Fernandez Lobbe to thank him for the contest and offer his consolation.

TV cameras captured the face of a man that had been through a war. 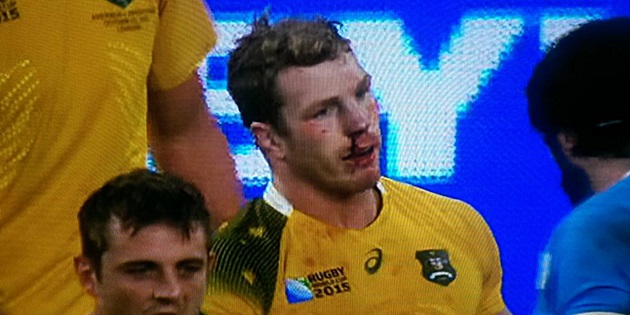 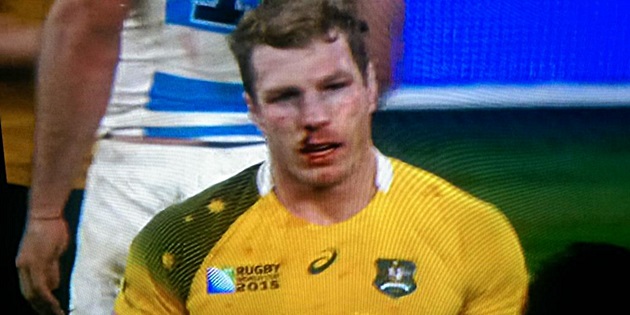 Next Saturday, after six nights' rest, Pocock will suit up and do it all over again.

His opponents should be Jerome Kaino, Richie McCaw and Kieran Read. He wouldn't have it any other way.


popular
Ireland team vs. France: Form players rewarded and a welcome return
Man United could be blocked from playing in the Champions League next season
French media's opinion of this Ireland team becomes clear as vital clash nears
Clive Woodward happy to 'eat humble pie' after bold comments about Ireland
Eight players to watch in tonight's Sigerson Cup semi-finals
"I should have been more mature" - O'Sullivan's injury trail a cautionary tale for Sigerson casualties
Lionel Messi makes decision on Barcelona return
You may also like
3 years ago
"It was a complete and utter shock when Joe's name came up on my phone" - Devin Toner
3 years ago
Sinckler a stand-out, but more consistency needed - Flannery
3 years ago
"We haven't got a long-term or short-term estimate of when Joey is back" - Stephen Larkham
3 years ago
House of Rugby team agree on seven players in World Cup 'Best XV'
3 years ago
Pieter Steph Du Toit locks down World Player of the Year award
3 years ago
Kyle Sinckler knocked out by Maro Itoje elbow after only two minutes
Next Page