PIC: There was a Tuilagi family reunion last weekend - My lord there's a lot of them!

This is a big family - literally and figuratively.

There are seven Tuilagi brothers, which isn't THAT unusual on its own.

But the fact that six of them have played for Leicester Tigers? That is a bit more noteworthy. 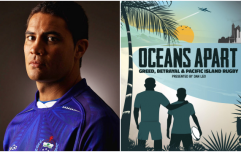 END_OF_DOCUMENT_TOKEN_TO_BE_REPLACED

Freddie, Henry, Alesana, Anitelea, Vavae and Manu have all either played professional rugby, or are at the moment.

They all reunited in Samoa last week with their parents for the All Blacks visit, and the Samoa Observer got this great picture of all the Tuilagis together. 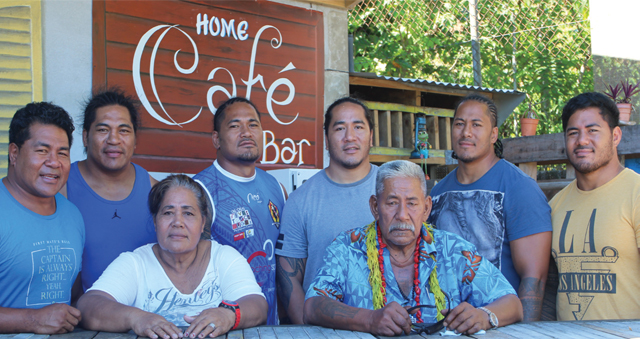 According to the piece, Freddie now manages the brothers, Henry just retired, Alesana and Anitelea play for Newcastle, Vavae plays for Carcassonne and Manu is still with Leicester.

It would be interesting to see who would actually win a Tuilagi battle royale. If everyone was at their peak... it is still too tough to decide.

It's no wonder that Manu developed into a beast at such a young age when he grew up being powerbombed by so many monstrous older brothers.

There is one other Tuilagi sibling who isn't a pro rugby player - according to the Daily Mail, he goes by Julie and likes to cross-dress.


popular
Roy Keane cracks up Carragher and Hasselbaink with league title joke
Brian McGrath's powerful interview after county final win is club GAA at its finest
"I've had stick my whole career" - Mike McCarthy on 'Plastic Paddy' jibes and singing the anthem
'Go and get a job' - Ronnie O'Sullivan responds to Shaun Murphy's amateur player comments
Jamie Carragher and Roy Keane clash over Cristiano Ronaldo's role at Man Utd
Marcus Rashford on Solskjaer chat with squad after Man United dismissal
Roy Keane explains why Ireland didn't 'tie down' Declan Rice and Jack Grealish
You may also like
2 years ago
What the referee said as Bundee Aki was sent off against Samoa
2 years ago
WATCH: Japan top their group with 38-19 win over Samoa in RWC 2019
2 years ago
Ireland XV that should start against Samoa to secure quarter final
2 years ago
WATCH: Scotland beat Samoa 34-0 to claim bonus point win in RWC 2019
2 years ago
WATCH: Alapati Leiua on point as Samoa trounce Russia in World Cup opener
2 years ago
Ranking the World Cup jerseys as two more nations release fresh kits
Next Page