"Philip’s life has always centred around his love of sport and rugby."

Back in July, Philip Caldwell was out in the fresh air and enjoying a game of tag rugby with friends when he suffered an injury that ended up having severe consequences.

Caldwell suffered a severe spinal injury during that tag rugby match that has greatly impacted his life, and the lives of his family. is currently continuing his slow but steady recovery in the National Rehabilitation Hospital and is gradually learning to walk and use his arms and hands again.

END_OF_DOCUMENT_TOKEN_TO_BE_REPLACED

Friends and family of Philip came together to set up the Philip Caldwell Trust, and they have come up with a noble idea to virtually fill the Aviva Stadium to, it is hoped, raise over €100,000 to help pay for treatment, care and support him in his recovery.

"We wanted to create an innovative way to support Philip with his recovery and are blown away by the support we have received so far and fact that we have sold over 11,000 tickets in such a short amount of time.

"Philip’s life has always centred around his love of sport and rugby and to see that community both in Ireland and internationally rally in his time of need is a huge boost to Philip and his family. We are asking that people buy a ticket and share with their friends and family as we aim to sell 51,700 tickets to help Philip on his road to recovery." 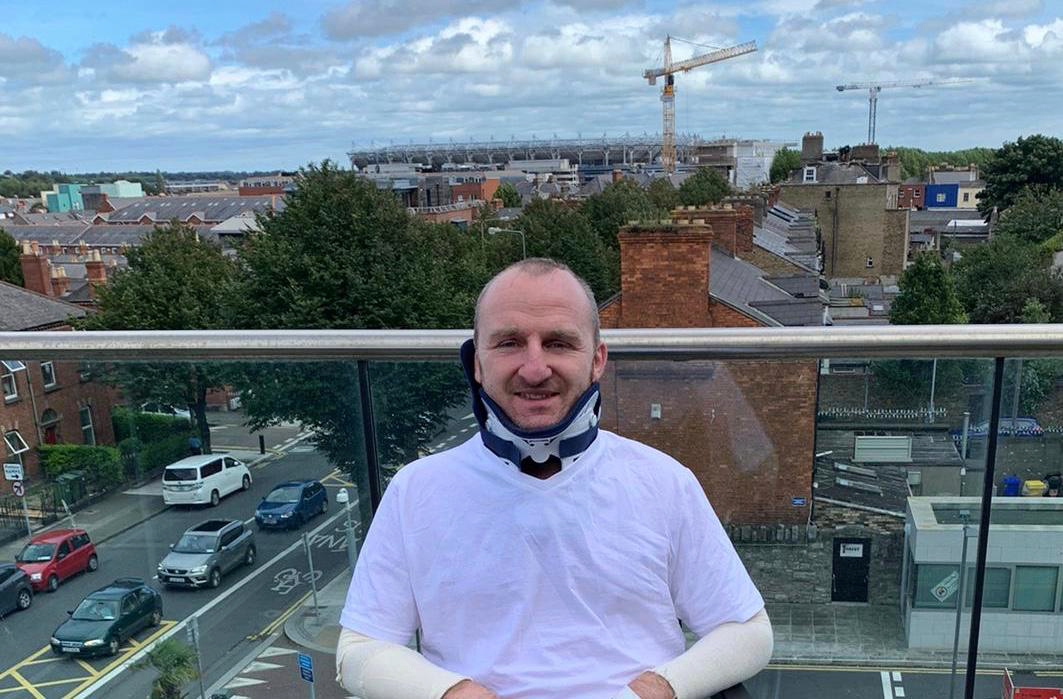 Philip Caldwell suffered a severe spinal injury during a tag rugby game during the summer.

END_OF_DOCUMENT_TOKEN_TO_BE_REPLACED

The Trust aims to sell out the stadium’s 51,700 capacity in time for the Autumn Nations Cup match that Ireland will host on December 5. Tickets available to purchase from www.fta4philly.com

Any excess funds in the trust will be donated to the IRFU Charitable Trust, which supports other injured sports people in the rugby community.