Now it gets serious.

The Lions have two more games left before they open their test series with New Zealand and Warren Gatland isn't f**king around.

With the clash with the Maori All Blacks taking place one week out from the first showdown with Steven Hansen's side, the 15 named to start on Saturday is a good indicator of how the Lions might set up the following weekend.

END_OF_DOCUMENT_TOKEN_TO_BE_REPLACED

The game with the Maori All Blacks takes place at 8:35am Irish time and the line-up for that clash could have real impact on the team named to play the All Blacks and three Irishman will get the opportunity to cement their starting places.

Gatland has named five Ireland stars in his starting XV and has bestowed the captaincy on one Peter O'Mahony. The Kiwi commented:

"Peter is a proven captain with Munster. He never takes a backward step and we believe that those leadership qualities will serve us well on Saturday against a quality and determined Maori All Blacks team.”

END_OF_DOCUMENT_TOKEN_TO_BE_REPLACED

The Lions will line up as follows on Saturday: 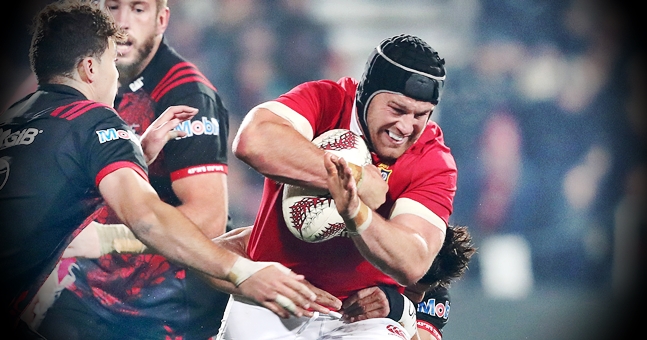 There is no CJ Stander in the squad but there are bench spots for Jack McGrath and Iain Henderson. Interestingly, tour captain Sam Warburton can only make the bench as Sean O'Brien gets another start at openside.

It's going to take some stopping the All Blacks next week though. As if a reminder was needed of how strong the New Zealanders were, their team to face Samoa is bordering on a joke.

Sonny Bill is back https://t.co/eoAQeWD96s