They may have torn lumps out of each other on the rugby pitch but the 2017 British & Irish Lions tour to New Zealand saw James Haskell and Peter O'Mahony bond.

END_OF_DOCUMENT_TOKEN_TO_BE_REPLACED

The Munster and Ireland flanker was in the same squad as Haskell for that drawn Test Series against the All Blacks, and the tour around New Zealand. O'Mahony captained the Lions in the First Test, at Eden Park while Haskell did the famous jersey proud in a country where he once played Super Rugby.

The Northampton and England flanker, who last faced off against O'Mahony in March 2018 (when Ireland won the Grand Slam), was watching all the weekend's Guinness Six Nations action while he is being eased back into competitive action with his club.

Haskell was very impressed with England's demolition of France and enjoyed the first half, at least, of Ireland's 22-13 win over Scotland. The second match was a more dour affair.

Both Haskell and former England captain Mike Tindall spoke about that Ireland game, and O'Mahony, on the latest episode of JOE UK's House of Rugby. 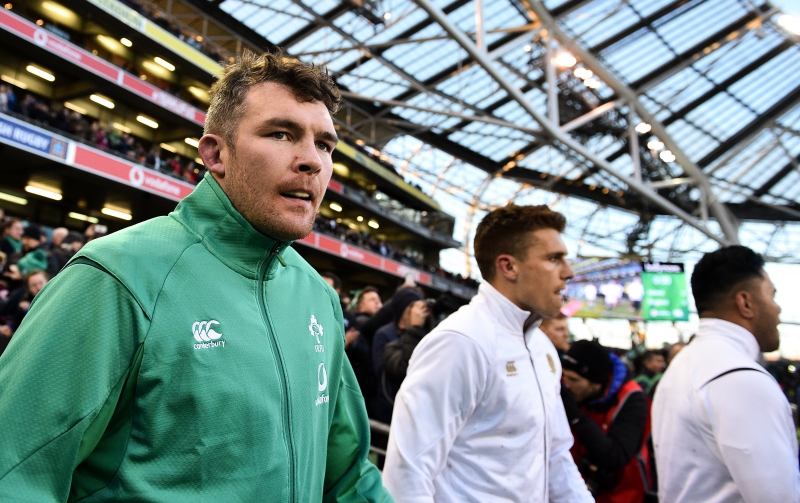 Asked about Ireland's 'Plan B' against the Scots, Tindall remarked, "What, bring on Joey Carbery and let him play what he sees?" The World Cup-winning centre continued:

"Ultimately it was very... Irish. They got ahead through Scotland's mistakes and then... pretty much, as if Jose Mourinho was their coach, they parked the bus, played one-out runners, kicked it in behind."

Tindall expected Scotland to try and replicate the England gameplan that did for the Irish in Dublin on the previous weekend - kicks in behind, huge physicality and rapid line-speed in defence but 'it was nothing compared to the pressure England put them under'.

END_OF_DOCUMENT_TOKEN_TO_BE_REPLACED

After doing well to force a Scottish mistake for Conor Murray's try, Tindall felt they were lucky to have gotten their second - through Jacob Stockdale - as there could have been a penalty awarded to the home side moments earlier. The former England captain also claimed O'Mahony should have received a yellow card when he 'killed the ball just five metres out from Ireland's line'.

At that point, Haskell revealed he had been in touch with his former Lions teammate:

"I texted him after the game. One of his favourite things is saying, 'Maul, maul, maul. It's a maul, referee. It's a maul!' That's all he shouts because he loves the catch (choke) tackle.

"He responded by sending back a smiley face and a middle finger!"

Short, sharp and to the point. Classic Peter O'Mahony.

Haskell went on to tell a funny tale about O'Mahony's obsession with his garden, which he mows 'four or five times' a week.

"Can we do a show," asked Tindall, "were you bring a JCB over there [to Cork] and take it to his lawn?!"


popular
Andy Farrell goes for Munster veterans as Ireland team to face New Zealand named
The four stone-cold certainties for All-Stars even as early as this
Eamon McGee just couldn't help himself with Armagh-melee tweet
"He's actually smiling putting the ball over the bar. He should nearly be fainting." - Ryall on Limerick's legacy
Kylian Mbappe reportedly wants PSG to sell Neymar
Gavin Coombes one of four Irish players to push themselves into Test picture
"The economy was one of the big reasons" - Cadogan's move from an electrician to personal training
You may also like
20 hours ago
Gavin Coombes one of four Irish players to push themselves into Test picture
22 hours ago
Bundee Aki understandably emotional, as Ireland pay moving tribute to late Sean Wainui
23 hours ago
Full Ireland player ratings after Maori All Blacks teach us an early lesson
1 day ago
"We could lose all five games" - Darren Cave with a rare take on Ireland's chances
1 day ago
Mike Lowry and Peter O'Mahony in First Test contention as Ireland shuffle deck
2 days ago
"Significant" knee injury ends Iain Henderson's tour of New Zealand
Next Page