Probably a coincidence, but hilarious all the same.

It might come as a surprise but Wales actually tend to do well in the Six Nations during a Lions year.

In 2013, even without their head coach Warren Gatland, Wales won the championship by winning all but one of their matches.

Their solitary loss came against Ireland in Cardiff. You might remember that match because of this little piece of magic.

This trend, however, has not followed the Welsh side into this year's championship.

The men from the valleys have already lost two Six Nations fixtures, England at the Principality Stadium and Scotland in Murrayfield.

They still have to face Ireland and France in their remaining two fixtures so the Welsh are well and truly in a battle to avoid the dreaded 'wooden spoon'.

With it being St.David's Day (patron saint of Wales), Google's homepage in the UK have marked this occasion with their google doodle displaying, you guessed it, a wooden spoon. 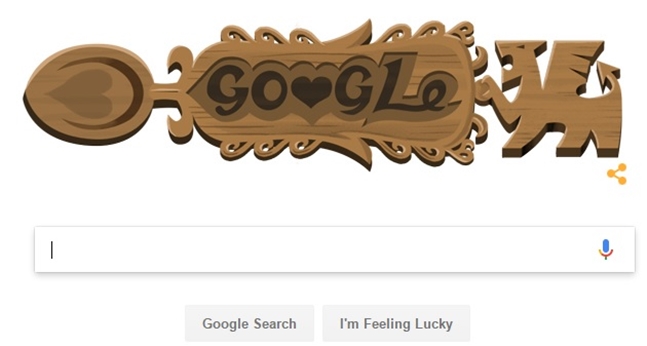 And the unintended joke was quickly picked up by people on Twitter.

There would be some fallout in Wales if Google's prediction came true.


popular
Justin Gaethje tells Conor McGregor to wait his turn
The SportsJOE 12 o'clock quiz | Day 73
QUIZ: Can you name the Football Italia cult heroes? | Part 2
The SportsJOE 12 o'clock quiz | Day 72
QUIZ: Correctly identify these World Cup 2014 players from their stickers
Only a true nerd will get full marks in our 2016 football quiz
SportsJOE 2000s Football Quiz | Round 3
You may also like
3 years ago
A very valid point regarding the Donnacha Ryan transfer fiasco
3 years ago
WATCH: Stuart Hogg gets the piss ripped out of him as he accepts Six Nations award
3 years ago
No arguing about Ireland's Player of the Six Nations but Tadhg Furlong pushed him close
3 years ago
CJ Stander broke a Six Nations record and it tells you everything you need to know about the man
3 years ago
PRECISION PLAY: The moment that turned the match against England in Ireland's favour
3 years ago
WATCH: Two moments from Saturday night should clinch Garry Ringrose a Lions jersey
Next Page