"Axel has lost respect for you."

That was the stark note Paul O'Connell wrote to himself, during his playing career, ahead of a big Munster match. Having looked up to Munster captain Anthony Foley for years, O'Connell jotted down the sentence as a way to motivate himself for the battle ahead.

The battle - the constant back-and-forth O'Connell had internally as well as the wars he went through on the field. Those two words summed up his career so much that O'Connell chose it as the title for his much praised autobiography.

The Munster and Ireland legend regularly set goals for himself - training sessions, games, Ireland camps, upcoming seasons and long-term - during his career and held on to most of them. Like the men that coached him, got him up to peak fitness, built him back up from set-backs and played alongside him, the notebooks are equally cherished by O'Connell.

Sometimes O'Connell listed out work-out routines and drills to improve his game. Other times, he wrote out motivational phrases, tracts or tried to be as honest as possible about where he was at, as a player and as a man. 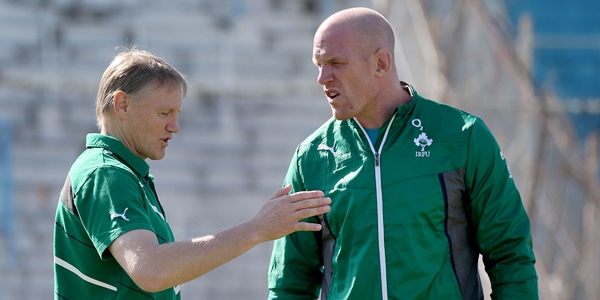 When Joe Schmidt, early into his Ireland tenure, declared, "Win the moment in front of your face", O'Connell made sure to write that out and underline it.

O'Connell gave fans a glimpse of his notebook entries during a talk, in the company of Dr. Bob Rotella at the Pendulum Summit. From just one page, you get an idea of the amount of work and preparation that went into his weeks as a player.

A big-screen snapshot is included below but here is what O'Connell had jotted down. 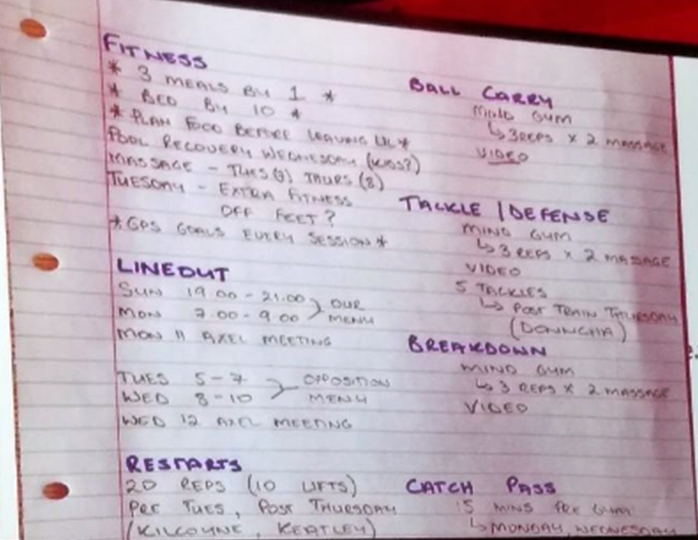 And that is just a week. O'Connell could never be accused of failing to prepare.

That mindset drove the second row on to great deeds on the pitch. He retired in January 2016 and has been feeling his way into coaching since then, but has recently taken up an assistant coach role with Ireland U20s.