The All Blacks squad are very much into newbies earning their spot on the team bus, and biding their time before they join 'the big dogs' down in the back row. Ardie Savea once commented, "The coaches normally take up the first two rows, after the driver, then it's the new fellas.

END_OF_DOCUMENT_TOKEN_TO_BE_REPLACED

"It's based on Test caps so whatever number you have, the further back you sit. Back down here is where the big dogs sit - Reado [Kieran Read], Jerome [Kaino], Owey [Owen Franks]."

Kaino is off in the Top 14 now and surely dominating back rows of many a French bus. The likes of Ben Smith, Aaron Smith and Beauden Barrett are all well established now so there would have been no shortage of lads to take Kaino's place.

The Munster team bus operated on a similar, hierarchical basis for many a year but there was a brief coup instigated by the likes of Conor Murray, Peter O'Mahony and Keith Earls not long after they had all broken into the senior set-up.

Barry Murphy brilliantly recalled the short-lived changing of the guard during the latest episode of Baz & Andrew's House of Rugby [from 42:00 below]. It was left to then-captain Paul O'Connell to put an end to it. 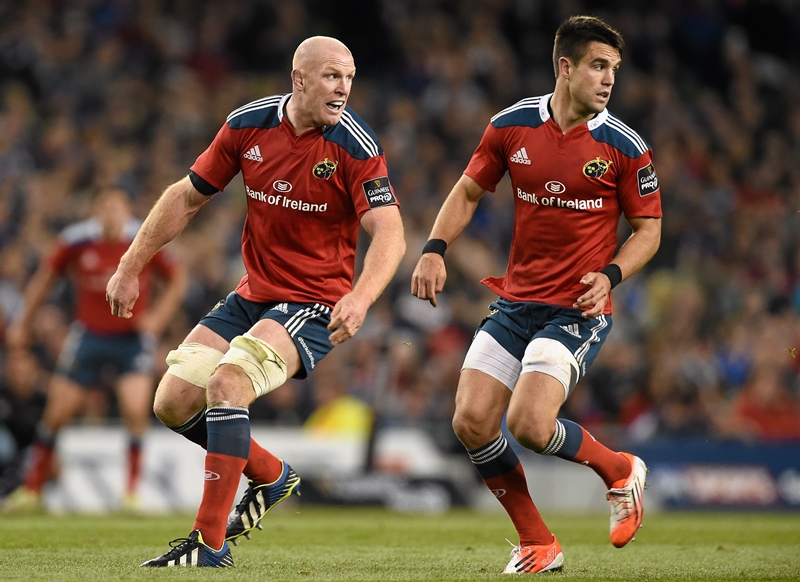 "We had a... let's call it a squad day out," Murphy began, "where we went out and had the craic. We were on a bus and there was about 40 on it - from the development [squad] right up to the senior players.

"We went out on the bus and we stopped off halfway for a drink. We went to leave an hour later and all the young players had safety belted themselves into the back row, where all the hard, old-school boys usually sit.

"It was the likes of Conor Murray, Peter O'Mahony, Keith Earls, Dave Foley, Tommy O'Donnell, Mike Sherry. It was brilliant. They put on their safety belts and they had megaphones and signs, as if they were a union. It was like, 'HELL NO, WE WON'T GO!'"

END_OF_DOCUMENT_TOKEN_TO_BE_REPLACED

When it came time for the bus to set off, Paul O'Connell let the impudence stand. That was until Doug Howlett sidled up to the captain and said, "Wouldn't happen on my watch, mate."

That was it, and O'Connell needed no more encouragement. Murphy continued:

"Paulie just went back and let’s just say they moved. Actually, before that, Paulie turned and goes, ‘Right’.

"And he turned away, and then he turned back to me and he took his front teeth out and he handed me his teeth. And he was like, ‘Hold onto them a second kid’, and then they went back and they moved them, let’s say."

The mutiny was ended right then and there and the old-school gang regained their seats in the back row.


popular
QUIZ: How many of the 10 most successful football counties can you name without making a mistake?
Éamonn Fitzmaurice explains Aidan O'Shea's best position and how it can be used against Kerry
Conor McGregor and Floyd Mayweather 'in talks' about a rematch
Matt Le Tissier says he asked Sky Sports why they never sacked Jamie Carragher
Patrick Vieira claims he was 'much better' than Roy Keane in new interview
Steve McClaren issues warning to Man United players
Two All-Ireland quarter-finals to be streamed exclusively live on NOW
You may also like
1 week ago
"Hopefully we'll come away with a gem" - Joe McCarthy potential sealed Ireland selection
1 week ago
Andy Farrell had an interesting take on Irish provinces being outmuscled in big games
1 week ago
Nathan Collins stuns Ukraine with goal sweeter than Michael Obafemi's
1 week ago
"I got sent the clip!" - Mack Hansen wasn't letting Greg O'Shea forget his Ireland comments
1 week ago
Ireland team Andy Farrell should start in First Test against the All Blacks
1 week ago
Five new faces in 40-man Ireland squad to tour New Zealand
Next Page