"This is where the big dogs sit!"

At 6-foot-8, Malcolm O'Kelly has always towered over most men. Still, his size did little for him when, as a 21-year-old, he first trained with the Ireland squad. After one of his first training sessions, the Leinster lock boarded the Ireland team bus and did not dare head down the back.

It wasn't his time. No yet anyway.

END_OF_DOCUMENT_TOKEN_TO_BE_REPLACED

Holding court, back in '96, was a quartet that included Keith Wood, Mick Galwey, Peter Clohessey and Gabriel Fulcher.

Fast forward on two decades and the back of the bus had a distinctly Leinster feel. Ahead of the 2015 World Cup, Jordi Murphy told SportsJOE who the alpha dogs were. He commented:

"It's usually Rob Kearney, Paulie (O'Connell) and Cian Healy. That's the back row and you are not going to be able to sneak in there with those boys. Drico (Brian O'Driscoll) was there until last year. Faces come and go but the seats remain the same."

END_OF_DOCUMENT_TOKEN_TO_BE_REPLACED

On the 2013 Lions Tour, those four Irishmen were never far from the back row. Adam Jones and Gethin Jenkins occasionally got in there too.

On the 2017 Lions Tour, you'll often find Welsh lads down the back. Different pictures from tour photographers Inpho show Rhys Webb, Mako Vunipola, James Haskell and Elliot Daly all down the back. Wales Ken Owens appears to be the constant. 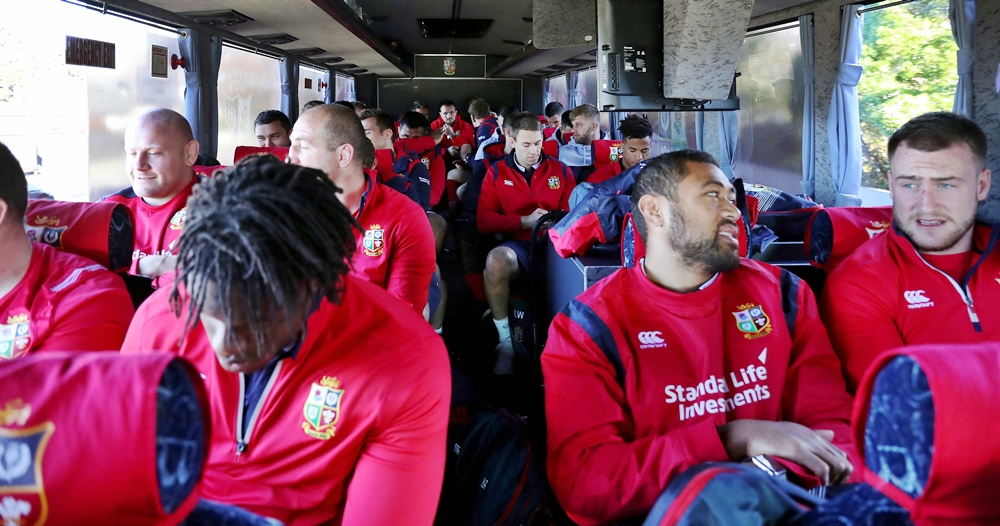 As for the New Zealand team bus, there are two men calling most of the shots. As Ardie Savea said, back in Dublin last November:

"Getting on the team bus is pretty exciting for the new fellas but pretty nerve-wracking too.

"The coaches normally take up the first two rows, after the driver, then it's the new fellas.

"It's based on Test caps so whatever number you have, the further back you sit. Back down here is where the big dogs sit - Reado [Kieran Read], Jerome [Kaino], Owey [Owen Franks]."

Kieran Read and Sam Whitelock were pictured holding a post-training discussion down the back of the All Blacks bus and one would want to have a heap of credit, or respect, in the bank to stop them full-flow. 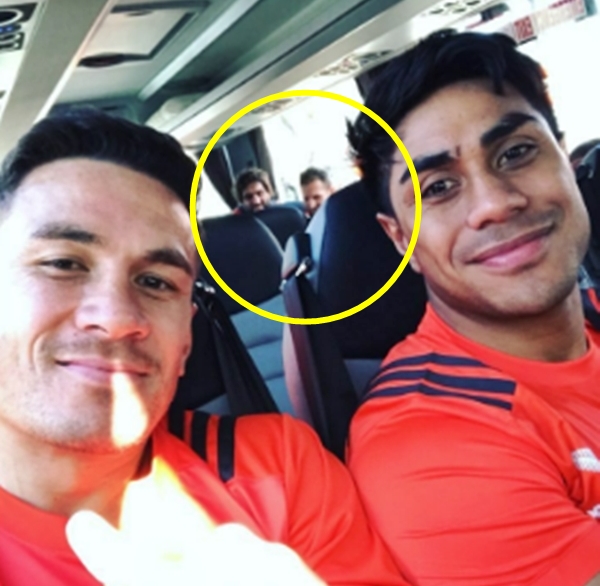 At 2.03 metres [6-foot-8] and weighing over 120kg, an up-and-coming All Black would want to have a mighty high opinion of himself to try shift 87-times capped Whitelock from his perch.


popular
Mario Balotelli, Luis Suarez, Fernando Torres and why Rio Ferdinand "hated them"
"I don’t trust you" - Joey Barton delivers brutal dismissal of Irish defender
"I remember just hugging this Irish guy" - How one Kiwi rugby star reacted to Ireland's historic series win
Quiz: Who plays here? Match the club to these 25 stadiums
Gatecrashed interviews and chip-shop previews - Wexford GAA's online coverage sets the standard
"I'll ask for everyone that comes to the game to wear purple and roots for us" - Pat Fitzgerald
FIFA set to move the start date of 2022 World Cup
You may also like
1 week ago
At a time when rugby needs genuine characters, Naitoa Ah Kuoi could not have timed it better
3 weeks ago
The frontrunners for Ireland's 33-man squad for the 2023 World Cup
3 weeks ago
All Blacks media manager explains why Ian Foster appearance was cancelled after Ireland defeat
3 weeks ago
"It’s only 18 months ago that we were being written off altogether" - Johnny Sexton
3 weeks ago
Kiwi pundits blown away by Tadhg Beirne, as Peter O'Mahony wins fan vote
3 weeks ago
The Eden Park dressing room conversation that propelled Ireland towards history
Next Page