'We beat the lads, and Paul O'Connell was sick for days'

"We didn't play much rugby, but we had a hell of a World Cup!"

Back in 2011, Declan Kidney selected Andrew Trimble and Fergus McFadden as part of his World Cup squad. His go-to wingers were Tommy Bowe and Keith Earls but Trimble and McFadden still had roles to play.

Trimble made five appearances at the World Cup (one start) and McFadden scored a try against Russia in his only appearance in the tournament.

Both men got a sense, in the build-up to the competition, that Bowe and Earls were first-choice. Both are driven competitors and, between them, played 104 times for Ireland. As much as the strived for greater involvement, they were determined to enjoy the experience of travelling to New Zealand and competing for the Webb Ellis trophy.

"We were man of the match a lot of the time, off the pitch," McFadden joked during his appearance on Baz & Andrew's House of Rugby.

Trimble and McFadden [from 41:00 below] brilliantly recalled their epic golf clash with Paul O'Connell and Johnny sexton when they were down in Queenstown, just before the World Cup started. 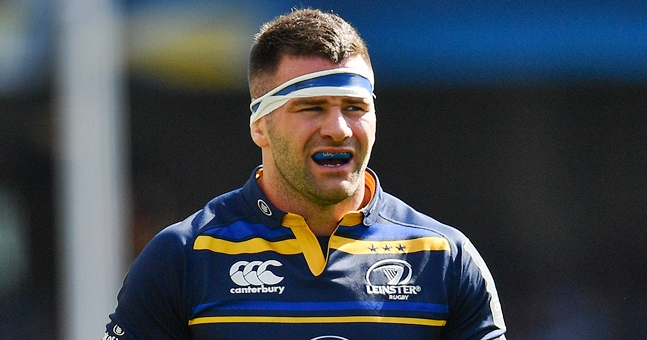 END_OF_DOCUMENT_TOKEN_TO_BE_REPLACED

The Ireland squad went to Queenstown for the first week of their stint in New Zealand, before their tournament opener against the USA (in New Plymouth).

"In Queenstown," McFadden recalled, "there was this golf course you could only play on if you were invited. And we were by this fashion designer, I think. A really rich guy from New Zealand, anyway. He invited the Irish rugby team for a day out there; to play golf.

"It was a really tight game and Johnny and Paul are good golfers. To be fair to Trimby, he can be too when he wants to.

"The game was tight and it was All Square [level] going down the 18th. We found our ball and it had the worst lie of all time; shocking.

"But we were playing every second shot [foursomes]. So I hit the drive and Trimby was hitting our second shot. The lads weren't looking at the time and we were like, 'Here, we can't lose to these lads. They're never going to let it go'.

"We like teed it... we actually put the ball on a tee - the most beautiful lie ever - and Trimby smashes this four-iron within 10 feet of the hole and we beat the lads. And O'Connell was sick for days because; the worst loser of all time!"

Trimble agrees that O'Connell and Sexton were two of the best golfers in the Ireland squad, as the most hell-bent on winning every game they played.

"And they were up for it," he added. "There was never a sweeter win.