He lifted the Guinness Six Nations trophy at Dublin in 2011, but in his England kit.

James Haskell has played 77 times for England, represented his country at two World Cups and won three Guinness Six Nations championships with a red rose on his chest. Paul Doran Jones won six Test caps for England and was part of that Six Nations title win back in 2011.

END_OF_DOCUMENT_TOKEN_TO_BE_REPLACED

Both men were born and raised in England but flirted with the concept of representing other nations on the Test stage.

Very early on in his career, however, and Haskell was being courted by the Welsh Rugby Union. Doran Jones went a couple of steps further, playing for Ireland at U19 and U21 levels.

Haskell was joined by Doran Jones and host Alex Payne on JOE UK's House of Rugby and both recounted extremely close calls that could have seen them respectively lining out in red and green.

"I did Ireland for a bit... obviously when I went to Trinity College, I feigned Irishness. I've got an Irish mother. I went through Leinster and the Irish route which probably, in hindsight, I should have stayed Irish.

"I played Irish 19s and 21s and then Leinster and then was called back [by England]." 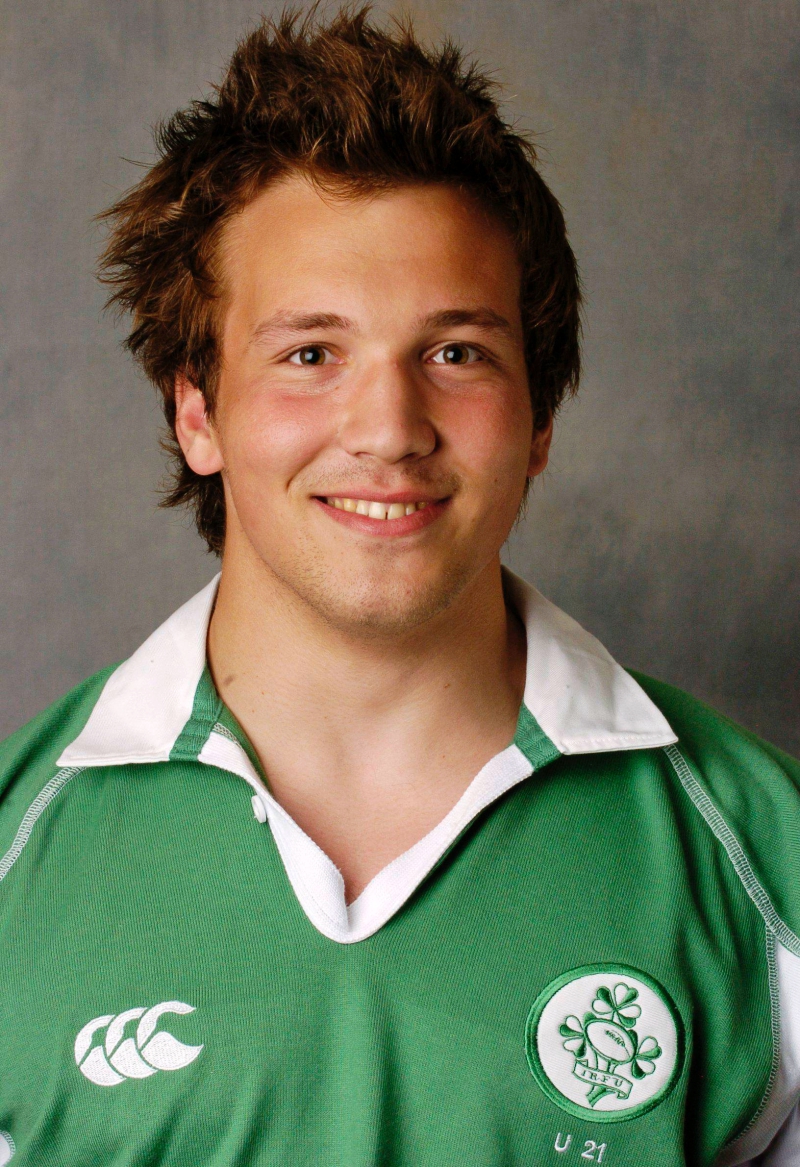 END_OF_DOCUMENT_TOKEN_TO_BE_REPLACED

Haskell recalls a game he was playing, for England, against Ireland Wolfhounds, in Belfast, and Doran Jones drove up from Dublin to catch up with his old friend. The pair, and another friend, went out for a beer after the game before they dropped Haskell off at his team hotel.

"When we got back," says Haskell, "we were all having a few beers and one of the England coaches at the time, and Paul and this coach started having a row... and the bloke was mugging off Ireland.

"He's more English than I am. You were born in High Wycombe, weren't you?!"

Doran Jones was in the Leinster set-up from 2003 to 2007 but ended up moving to London Welsh before getting his first England call-up while he was at Gloucester.

'Right, where have you come from?'

As for Haskell, he qualified to play for Wales through his Welsh grandmother and, as he was a big prospect at underage level, he had invites to trials from both the WRU and England's RFU. He comments:

Very much keeping his options open, Haskell recalls getting healthy expenses for travel to and from Wales, for the trials, as a particular bonus.

"For England, you had to fill it in and do a form. But with the Welsh, a bloke used to set up a pasting table, pull out a briefcase, open it up and say, 'Right, where have you come from?'

"'700 miles, round-trip', I'd say and he'd be like that [paying the cash out]. That is why the WRU were trying to merge Ospreys. They lost all the cash doing our expenses!"

For an 18-year-old Haskell, the £70 and £80 expenses would keep him well fed and watered. Doran Jones used to drive along to some of these trials with Haskell but both would claim separate expenses.

Finally, the time came to make a decision. Haskell, as West Ham's Declan Rice has done for the footballers, opted for England and had to break the news to the Welsh.

"And then I called them up when I was about to get announced and I said, 'Listen, I've decided to go for England'.

"'James, I can't believe it,' he replied. 'Are you, are you f***ing serious boy? We looked after you, put you on the Welsh Exiles, you've a grandmother from Wales. Don't you want to play?'"

Haskell had hoped it would e possible to line out for both U18s sides but that fixture clash forced him to make a call. "My name is mud over there," he admits.

Episode 22 sees Alex Payne joined by James Haskell and Paul Doran Jones to discuss rugby friendships, trials with Wales and Ireland, maxing out credit cards and the finale of the 2019 Guinness Six Nations.


popular
Iran demand action by FIFA after USA team change flag on social media
World Cup 2022 Day Nine: All the major action and talking points
"I appreciate Moycullen now more than ever" - Cooke's American lifestyle from a Moycullen base
Roy Keane's issue with Argentina star could rival Graeme Souness and Paul Pogba
GAA JOE Team of the weekend
All-Ireland Hurling winner's medal stolen as Gardaí appeal for information
Lionel Messi set to agree deal to join Inter Miami next season, report claims
You may also like
1 week ago
"Two Irish players are best in the world" - Rugby reacts to big Josh van der Flier and Terry Kennedy awards
1 week ago
Two baffling omissions as four Ireland stars make World Rugby 'Dream Team' of the Year
1 week ago
Josh van der Flier claims World Rugby Player of the Year at Monaco ceremony
1 week ago
"Highlight of my Ireland career" - Behind the scenes as Jack Crowley and Ross Byrne covered for a legend
1 week ago
Bundee Aki reminded us all of his best qualities, on a night Ireland couldn't do without him
1 week ago
Peter O'Mahony delivered some fitting Jack Crowley comments after surprise Test start
Next Page