"I turned to my da and said, 'That's done!'" - Paul Boyle on finding a home out West

"If this doesn't excite you, you're in the wrong game."

Paul Boyle is itching for Friday night in Galway. Connacht have a sell-out on their hands, extra capacity has been sorted and Leinster are heading West.

The Connacht back row is not unusual in the current squad as he hails from Leinster. Nothing would give him greater pleasure, though, than to end their latest quest for a fifth star in the Last 16. For Boyle, the rugby journey that has taken him to this latest big moment began in County Wexford, 18 years ago.

"I moved to Gorey when I was about seven, and I was there my whole life, until the move to Galway," Boyle tells us.

"Gorey RFC is where it all started off, and I loved it from minute one. Really good club, they really looked after me and support me, to this day. I have a lot to be thankful for, with them.

"I played for Gorey Community School, but rugby wasn't that big. We had a game on a Friday, a mess around on a Wednesday. It was all focused on the clubs, and from Under 7s, all the way up to Under 19s, I was with Gorey. Tuesday, Thursday nights training and a game on Saturdays. That was my rugby life." 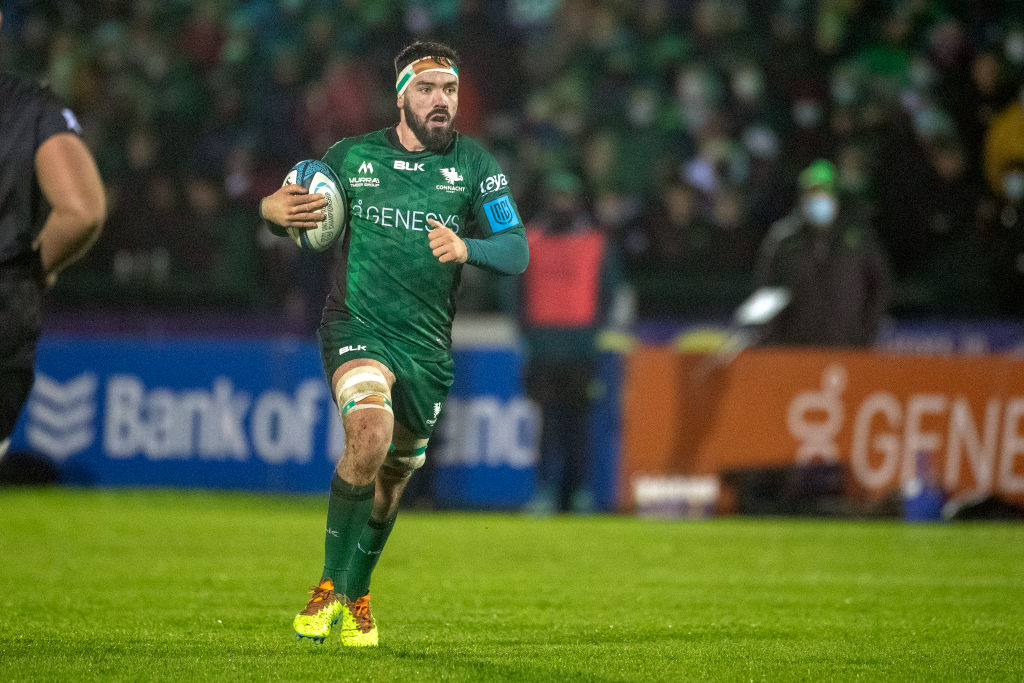 Paul Boyle pictured in action for Connacht, against Ospreys, in a United Rugby Championship match at The Sportsground. (Photo by Tim Clayton/Corbis via Getty Images)

Paul Boyle on the decision to join Connacht

END_OF_DOCUMENT_TOKEN_TO_BE_REPLACED

Having turned some heads in club rugby, Boyle was called in to train and play with Leinster's Under 18s. He says it was his first real exposure to top-quality coaches and 'players that might have been a step ahead to that rugby I was used to'. It was an eye-opener to start with, he admits, but he quickly found his feet.

Boyle ended up getting called into the Ireland U20s set-up, a couple of years on, and then-coach Nigel Carolan made him captain. It would not be the last time  Carolan played a big role in the back-row's career. In that 2017 Six Nations and Junior World Championship, Ireland had a decent team but fell short in both. Still, many of that squad - Calvin Nash, Ciarán Frawley, Oisín Dowling - have gone on to impress at senior level.

"Our back row was Caelan Doris, myself and Gav Coombes, so pretty decent!

"Caelan was the same as he is now - a big lump! A really skilful player and a complete player. That was obvious from the first time I played with him. I hadn't seen him much before as I was not much on that schools (cup) scene. As soon as I came into contact with him, he was playing for St Mary's... you could just see how good a player he was, and he has gone on to show that at the top level.

END_OF_DOCUMENT_TOKEN_TO_BE_REPLACED

After that Junior World Championship, Boyle says Nigel Carolan was back in touch with an offer - 'Come to Galway, come to Connacht'.

Family, friends and most of his life to date had been in Gorey. At 20, he would be leaving that behind to try make it as a rugby professional in the West of Ireland.

"I remember it being the easiest decision I have ever made," he says. "It really was. Nigel brought me up and Eric Elwood had just taken over as academy manager. So I met Eric, mainly. Getting an introduction to a guy like that, and seeing the place, was fascinating.

"I hopped back into the car with my da, turned around to him and said, 'That's done!' From minute one, it wasn't ever a question. I loved it and I haven't looked back."

Boyle has been five years at Connacht now and did not take long to establish himself as a key part of their back row. Up next, and then again, are Leinster in the Last 16 of the Champions Cup.

Connacht host the four-time European champions at The Sportsground on Friday before heading to Dublin the following Friday for the second leg.

Boyle, like Leinster's Jack Conan would insist, on the same day, is only focusing on the first leg. "We just have to focus on ourselves, getting our stuff right and doing the absolute best we can.

"We feel if we do get our stuff right, and bring out that stuff in our performance that we feel we are capable of, that it will get us the win."

The 25-year-old could also help his chances of adding to the Ireland Test cap he picked up last summer. For Boyle, it is a case of helping Connacht to, hopefully, help his own international case.

"That would be unbelievable to get involved in, but the only way you can do that is... having a good game this weekend. That helps. It's a complete team focus. I'm looking forward to doing everything I can to help Connacht win the game." 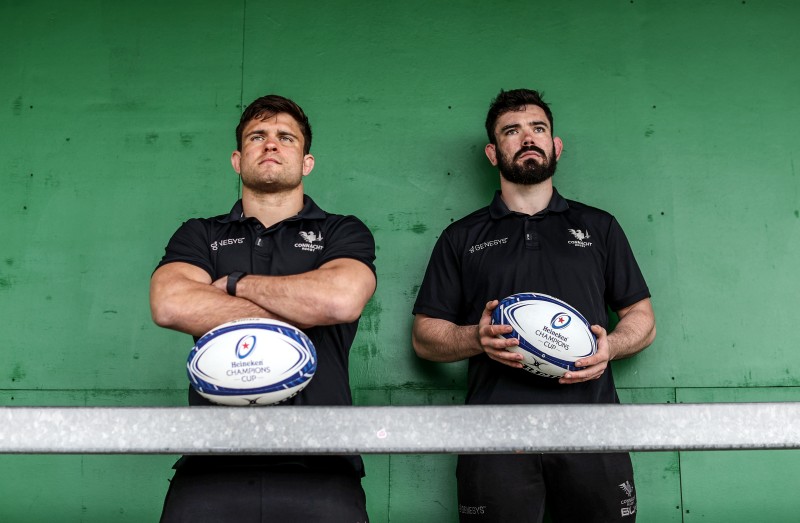 Paul Boyle and Dave Heffernan pictured at The Sportsground, Galway, ahead of the crunch Heineken Champions Cup last-16 clash between Connacht and Leinster this Friday. This is the 27th consecutive season Heineken® has been a proud partner of European rugby, and the fifth season of the Heineken® and Rugby Players Ireland partnership.


popular
The four stone-cold certainties for All-Stars even as early as this
Kylian Mbappe reportedly wants PSG to sell Neymar
Eamon McGee just couldn't help himself with Armagh-melee tweet
Anthony Joshua admits that he was 'let down by his corner' during Oleksandr Usyk bout
"He's actually smiling putting the ball over the bar. He should nearly be fainting." - Ryall on Limerick's legacy
"The economy was one of the big reasons" - Cadogan's move from an electrician to personal training
Andy Farrell goes for Munster veterans as Ireland team to face New Zealand named
You may also like
1 day ago
Gavin Coombes one of four Irish players to push themselves into Test picture
1 day ago
Bundee Aki understandably emotional, as Ireland pay moving tribute to late Sean Wainui
1 day ago
Full Ireland player ratings after Maori All Blacks teach us an early lesson
1 day ago
"We could lose all five games" - Darren Cave with a rare take on Ireland's chances
2 days ago
Irish provinces discover their pool stages fate for Champions and Challenge Cups
2 days ago
Mike Lowry and Peter O'Mahony in First Test contention as Ireland shuffle deck
Next Page