We would not be at all surprised if other clubs followed suit.

Sports teams are always looking for that extra 1% that will make the winning distance. In recent years we have seen an increase of video analyst, statisticians, nutritionists, physical trainers, psychotherapists and even sleep doctors involved in the games we love.

No stone is being left unturned in the search for that vital edge over an opponent. END_OF_DOCUMENT_TOKEN_TO_BE_REPLACED

It was exactly that case for rugby league side Wigan Warriors going into last season. England's top dogs for so many years, Wigan had been three years without league success. Ed Tooley, the club's nutritionist, sought out a different sort of assistance.

Tooley approached YorkTest Laboratories and signed 24 first team players up for a health trial that would put their bodies and diets under the microscope for three months in a bid to reach peak performance.

Each player underwent blood tests to identify food intolerances that could be impacting upon their health and match fitness. From discussions with the players and examinations, it was discovered that three main issues existed that diets could have been negatively affecting: 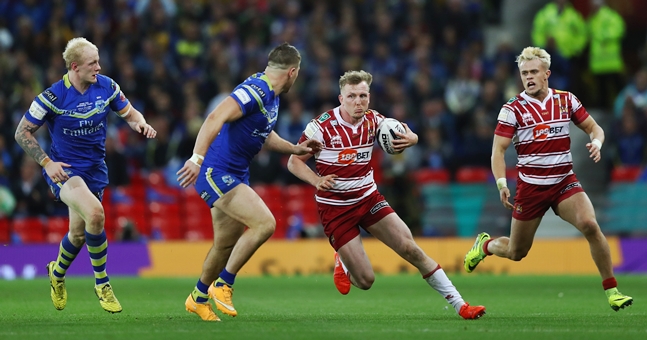 Each player then had a personalised 'Diet DNA' plan drawn up and certain foods were removed from diets. For example, England international Dan Sarginson [pictured above] was advised to avoid eggs, yeast and soya. The player says:

"For more than a year I’ve felt that tiredness has had an impact on my performance on the pitch. Since limiting my reactive foods, my energy levels totally improved.

"I felt a 100% improvement within a week. And when I ate problem foods my symptoms came back."

Another player, Oliver Gildart was advised to avoid cow's milk and other reactive foods. He did and his migraines, which had been an ongoing issue for years, ceased.

Wigan went out, last season, and claimed their 21st league title. It is impossible to say if the food intolerance tests were the key difference in their turnaround of fortunes but it was another 1% that certainly went in the right direction.


popular
Jurgen Klopp reacted like everyone else to Darwin Nunez headbutt red card
"I cannot believe how Nunez thinks he's going to get away with that!" - Jamie Carragher
Jamie Carragher on the two Man United players Erik ten Hag can't trust
"I went up to the Italians and gave them a big auld shoulder" - Paul O'Donovan does it again
Carragher and Neville brutally name Man United's biggest transfer flops since 2013
Wexford Under-20 lights it up as Ferns win their first ever county title
Wexford, Waterford and Kilkenny down some good men as Australia calls
You may also like
1 month ago
"The first stone piled on really sharpish" - Rory Kavanagh's diet under Jim McGuinness was insane
1 year ago
"The Ó Sé brothers would have a fry the morning of an All-Ireland, didn't do them any harm" - Extreme diets in GAA
1 year ago
Cristiano Ronaldo snub wipes billions off Coca-Cola’s market value
1 year ago
'The Mountain' Hafthor Bjornsson shares diet and workout plan which saw him lose 50kg
1 year ago
"Whatever you're eating, half it and whatever you're training, double it" - How Cavanagh had to drastically change his diet for senior county football
1 year ago
Conor McGregor's new work-out regime and daily diet ahead of UFC return
Next Page