Only one new face in Ireland squad to face Wales

That beautiful specimen from Monaghan is back in Ireland's match-day squad to face Wales in Cardiff on Friday night.

Bowe is the only new face in the Ireland squad that did for France at the Aviva Stadium two weeks ago. The starting team is as we predicted on Tuesday.

END_OF_DOCUMENT_TOKEN_TO_BE_REPLACED

Bowe replaces Andrew Trimble, who broke a bone in his hand while playing for Ulster against Treviso last weekend.

Ireland coach Joe Schmidt decided against opting for Jared Payne in his backline after the Kiwi missed a Monday morning training session. The 31-year-old is just back from a spell on the sidelines due to leg and kidney injuries. 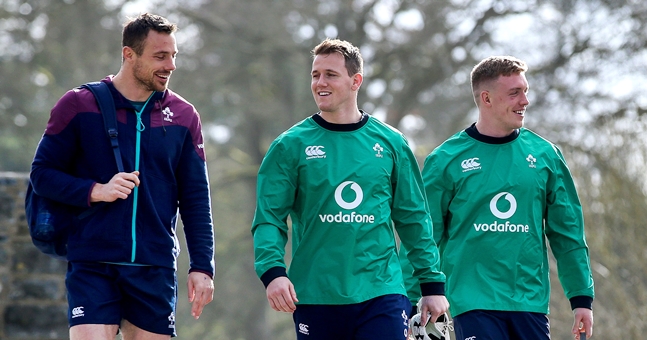 The starting XV is untouched, so, with Rory Best captaining a pack that includes five Leinster players and the Munster pair of Donnacha Ryan and CJ Stander.

Conor Murray and Johnny Sexton are the half-backs while Robbie Henshaw and Garry Ringrose continue in midfield. The back three is made up of Keith Earls, Simon Zebo and Rob Kearney.