No arguing with the two Ireland players that topped our ratings

CJ Stander and Craig Gilroy grabbed hat-tricks in a nine-try Irish thumping while Keith Earls grabbed a brace and Garry Ringrose glided over for another.

Quieter afternoon for the Leinster man but he was solid throughout. Ran a nice dummy line for Stander's first try. Composed.

Loves playing the Italians. Dotted down for an early try after fierce Ireland pressure sucked in the numbers and repeated the dose for his sixth try in seven starts against the Azzurri. Super burst in the lead-up to the hat-trick try for Stander. Burst out of the line near the end to prevent an Italian try. 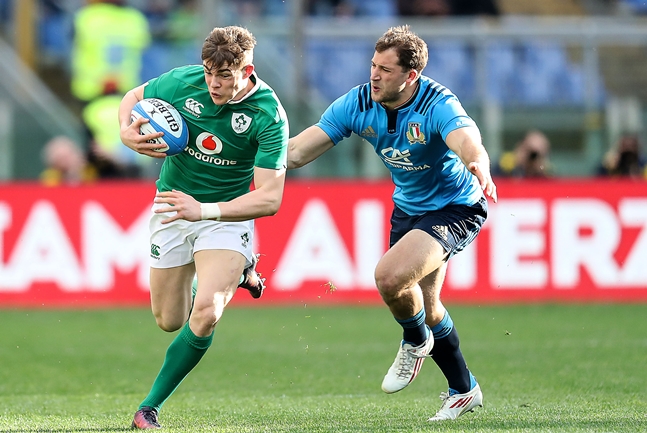 Moved to inside centre when Henshaw left the fray. Revelled in the switch as he laid in a big hit on replacement hooker Gega. Dished one excellent offload to McGrath. Left Parisse in his wake with a great line and

END_OF_DOCUMENT_TOKEN_TO_BE_REPLACED

Some decent carries and he stuck his tackles well in those rare moments when Italy had the ball. Walked off somewhat gingerly after 47 minutes.

Superb high take in the opening minute and he was a go-to attacking threat early doors. Denied in the corner by Esposito but Ireland scored less than a minute later. Teed up Stander for a try in the first half. Superb first half

Did well with a low, skip pass to set up Earls' opener and kept the Italians honest with darting runs and crisp passes.

His kicking off the tee was excellent, with one banana kick conversion in particular standing out. Lovely dink over the top nearly had Earls away for his hat-trick. Teed up Ringrose for his late try. 100% kicking performance. 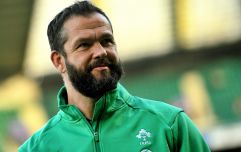 END_OF_DOCUMENT_TOKEN_TO_BE_REPLACED

Snaffled Parisse at the rear of a back-pedalling Italian scrum. Box-kicks have not been perfect so far in this championship. With plenty of time, his passing was on point.

Part of a dominant Irish scrum in the opening stages and was almost over for a try by the posts. Usually more of a ball-in-hand threat than Jack McGrath and so it proved today. Replaced after 50 minutes with Ireland well on top. 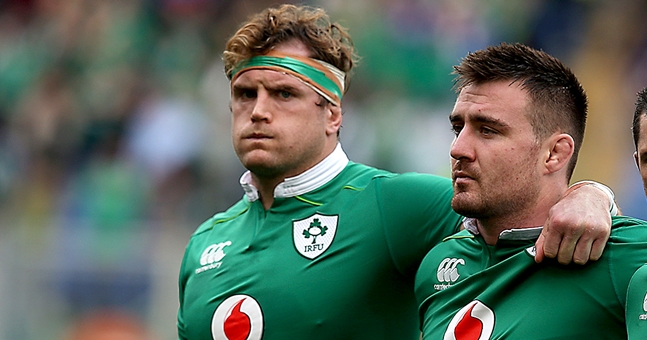 Won his first scrum and connected with his first lineout dart. What's all the fuss about? Made some strong carries and contributed well to strong set-plays. Did everything that was asked of him.

Won a penalty against the head to set the tone that screamed domination. Four strong carries and some lovely clearing work at the breakdown. 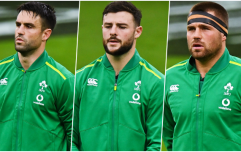 END_OF_DOCUMENT_TOKEN_TO_BE_REPLACED

Yellow-carded by Glen Jackson for his part in the Italian penalty try. Stuck a nice, low tackle near the end to prevent an Italian try.

Lineout, scrum and attacking maul all went like a dream and Toner had a much better all-round game.

Always starts like a train and he was a bullet today:

Profited from Zebo's superb pass to crash over in the left-hand corner. Made four or five metres off each carry. Monstrous, bruising carry earned him a second try [5 in 12 games now] and Ireland the championship's first ever bonus point. Bagged a hat-trick after the break and even set up Gilroy's second with a hack up-field.

Backed up Murray to force a turnover on Parisse. Most of his carries were close-in pumps that may have only gained a yard but kept his side on the front foot. Some lusty tackles after the break. Marvellous tackle on Padovani that saw him strip the ball, canter off and offload just before the Gilroy try. 70 minute stint too.

Gorgeous offload in the lead-up to Stander's first try:

Had a fine day of it as he took the fight to the Italians, made some nice bursts, showed up all over the park and urged on his side.

HAT-TRICK OFF THE BENCH! Nice aerial take and quick feet to lose blue shirts with ease. Stunning steps for his third international try.

Straight into the attacking action and finding teammates with offloads.

Laid in some big hits.

A couple of good carries.

Won a turnover with his first tackle.

Had a time of it on the wing.

*No 10/10s were awarded as Italy were absolutely atrocious

You may also like
1 day ago
"The first stage was be a functional human again, and open the door with the keys"
1 day ago
Johnny Sexton on uncapped French speed demon that could cause Ireland trouble
3 days ago
Ireland XV that should start championship decider against France
3 days ago
"The lads have been giving me a good bit of stick, James Lowe especially"
3 days ago
Johnny Sexton on the 15 vs. 15 training session where neither side held back
1 week ago
Two huge calls as Ireland name team to face Italy
Next Page