"I needed to accept being gay myself before I could address it with others."

Leinster star Nick McCarthy has publicly come out, through his club, as being gay. The scrumhalf is hopeful that his coming out will act as a positive for others and he paid tribute to his teammates and all at the club for being so supportive.

The 27-year-old, who played 12 times for Leinster and is now in his second stint with his home province, has given an in-depth interview with his club's media manager Marcus Ó Buachalla.

END_OF_DOCUMENT_TOKEN_TO_BE_REPLACED

McCarthy says he agonised over telling people he was gay, and even considered quitting rugby, but a discussion with coaches Leo Cullen and Stuart Lancaster, last November, gave him great encouragement.

"I came out to my teammates in January and I was obviously pretty nervous about doing so, but I’m really happy that I did it," he said. "I struggled with coming out for a while and it was starting to impact on me and my happiness so it was the right decision."

On that Monday morning meeting, in January, when he came out to his Leinster teammates, McCarthy said:

"I only made a quick announcement. But I just remember the room erupting! They were all delighted for me and it was immediately a weight off my shoulders.

I felt they understood my situation. It’s hard to perform at your best when you are carrying something, anything, and that’s the same for all the lads. For me it was my sexuality, for others it could be stuff at home, or studies or whatever." 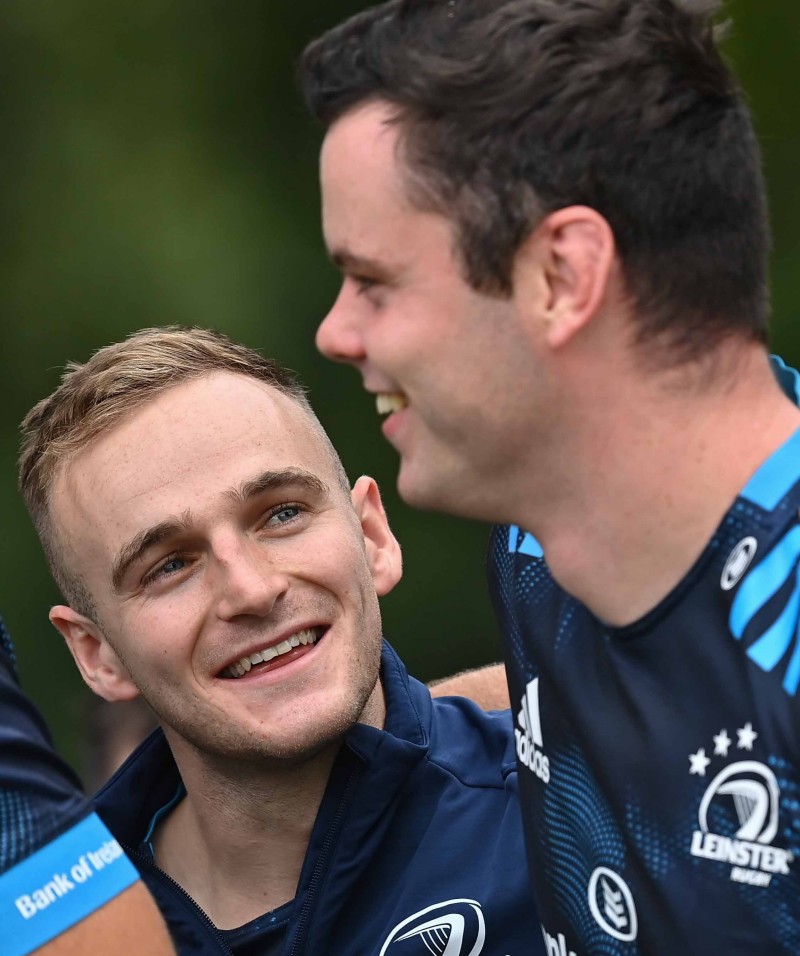 Nick McCarthy says he is immensely grateful to his friends, family and teammates for their support, as well as those at Leinster and Rugby Players Ireland that he sounded out.

"I'm a private person so I was unsure about coming out publicly," he admitted.

"But looking at Carl Nassib (American Football player) or Josh Cavallo (Australian soccer player) coming out and Jack Dunne here in Leinster and how he spoke publicly last year about his bisexuality, has helped me a lot. I’ve had good conversations with each of them and they’ve been hugely encouraging."

The 27-year-old, who previously had a playing stint with Munster and has played for Ireland U20s, hopes his publicly coming out can help others struggling to do likewise.

"If one other person, one other kid, keeps playing their sport because they see a Leinster Rugby player has come out and is accepted, that would be a great outcome."

McCarthy's decision to speak publicly about his sexuality has already been praised by Tánaiste, Leo Varadkar:

This is an important moment for men's sport.

Nick will be role a model for young men around Ireland who feel they have to suppress who they are. 🏳️‍🌈💙🇮🇪 https://t.co/bZwXwMWc1s

You can read that full interview HERE.


popular
Erling Haaland registers strange statistic on home debut as Mark Travers keeps the City score down
"He can add something to our attacking line up" - Jamie Clarke signs for Northern Irish soccer club
Antonio Conte 'banishes' four Tottenham players from first-team
Ranking the best county GAA songs of all-time (32-1)
"It was unfair on the Galway backs” - Tomás Ó Sé admits that Kerry benefitted from unfair rule
"I’ve never heard someone say something as stupid” - Katie Taylor blasts Jake Paul's rematch comments
Barcelona allowed to register four new signings, but Jules Kounde misses out
You may also like
5 days ago
"Everything’s done for you" - Eddie Jones on how private schools influence English rugby
1 week ago
Faf de Klerk knocked out after horror collision with knee of All Blacks winger Caleb Clarke
1 week ago
"We'll support him in any way we can" - Wallabies captain Michael Hooper backed for brave mental health decision
1 week ago
At a time when rugby needs genuine characters, Naitoa Ah Kuoi could not have timed it better
1 week ago
Eight Ireland players make final cut in 'World Class' 33-man squad selection
2 weeks ago
"There's no magic wand. A lot of it starts and finishes with hard work" - Ronan O'Gara
Next Page