Munster reaching the last eight of the Champions Cup needs not just a miracle matches but a set of miracle results next weekend.

After a long stretch of weeks when Irish rugby recovered some of the sheen, and confidence, lost at the World Cup, along came some more chastening results in the Champions Cup.

Leinster dismissed Lyon to sort themselves with a guaranteed home quarter final but they still need to defeat Treviso, in Italy, to claim number one seeding and line up another Aviva Stadium semi-final.

For Munster, Ulster and Connacht, though, one defeat after another. Three games against French sides and three losses. In terms of final scorelines, Connacht got closest but they could not even score on the 13 men of Toulouse in the final 10 minutes.

Connacht are mathematically out of the equation for the Champions Cup quarter finals but Munster and Ulster can still get to the knock-out stages. Ulster have that destiny in their own hands but Munster will need a set of results to swing their way. 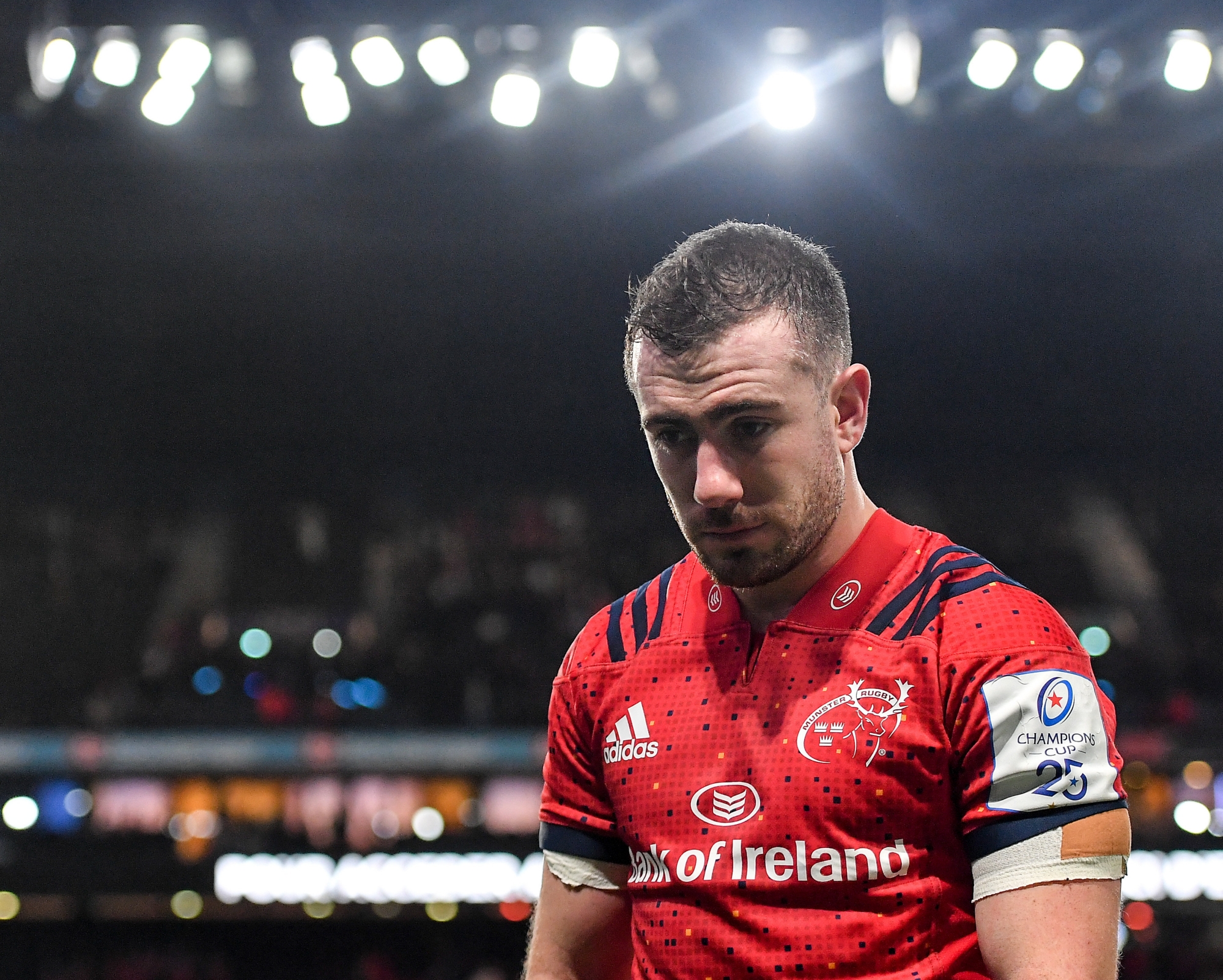 A dejected JJ Hanrahan leaves the pitch after Munster's loss to Racing 92. (Photo by Seb Daly/Sportsfile)

ULSTER are currently the best ranked of the second placed sides, on 17 points. They will qualify, very simply, by defeating Bath at Kingspan Stadium next Saturday [3:15pm kick-off]. Dan McFarland's side need three points to ensure no-one catches them but even a losing bonus point could see them squeak in as 7th or 8th best.

Clermont all but secured top spot in their pool by beating Ulster 29-13 on Saturday so the northern province are likely to go on the road for the quarter finals, should they get there. Bath are 0 from 5 in their pool and would be forgiven for resting some big players to focus on the Premiership, where they are currently in mid-table.

For MUNSTER, they must beat Ospreys with a try-scoring bonus point to have any hope of getting to the knock-out stages. That would see them finish on 16 points. To finish second they also need Saracens to lose to Racing at Allianz Park. That one is crucial.

Since the competition has been cut from six to five pools (of four), these are the lowest point returns for teams making the last eight:

END_OF_DOCUMENT_TOKEN_TO_BE_REPLACED

Assuming Munster get to 16 points, it will then be a matter of watching the other games and hoping the likes of Glasgow, Northampton and Gloucester slip up.

Munster take on Ospreys at 1pm next Sunday. Before that game takes place, they will know how Pools 1, 2 and 3 have finished up. First up, on Saturday is Northampton heading to Lyon to try and get an away win that would take them to 18 points. Should they win with a bonus point, they will finish on 19.

Ulster (17) cannot be caught by Munster so attention then switches to the AJ Bell Stadium. Glasgow Warriors (currently on 12 points) are away to Sale Sharks on Saturday from 5:30pm. If they beat Sale with a bonus point, Munster would not be able to catch them.

If either Glasgow or Northampton are beaten, Munster will go into their Sunday game against Ospreys with hope intact. Reaching that 16-point mark would then be their goal before the final set of games kick off at 3:15pm.

Gloucester are away to Toulouse, which will be immensely tough for them as the four-time champions will need to win to get either first or second seeding for the knock-out stages.

In conclusion, Munster are hanging on my a thin, thin thread but they are still in this fight.

popular
QUIZ: You have 30 seconds to answer this one tricky football question
You'll have to be a diehard fan to get 20/20 in this Liverpool players of the 90s quiz
The SportsJOE 12 o'clock quiz | Day 286
Here's a list of 23 people who own a greater share of the UFC than Conor McGregor
SportsJOE 2000s Football Quiz | Round 11
Wayne Rooney story about Memphis Depay shows why he failed at Manchester United
If Twitter was around for 1994 Hurler of the Year farce, it would have been pure carnage
You may also like
2 weeks ago
"It’s a jersey that I’d never swap or give away for no amount of money" - Ian Keatley
1 month ago
Danny Care accuses Munster players of 'rolling around and diving'
1 month ago
"It's something I have been pushing towards since I was very young" - Shane Daly
2 months ago
"It was rock bottom... I was going to pack my bags and start farming" - CJ Stander
2 months ago
"I could feel that connection at Soldier Field. Axel was there, 100%" - CJ Stander
2 months ago
"There is no doubting Baird is a future Irish second row, long-term" - Paul O'Connell
Next Page