The deeds, big and small, have all made a difference.

Far from the rugby field, the likes of Keith Earls, Peter O'Mahony, John Ryan, Dr Jamie Kearns, Joey Carbery, Chris Farrell and more have represented Munster with distinction over these past few months.

The sense of togetherness and resilience shown across the nation, during the Covid-19 pandemic, has been heartening. Ireland has often been described as one big village and that has certainly proved the case since the seriousness of the Coronavirus outbreak took hold.

Last month, O'Mahony joined young Oliver Lynch for a fundraising walk and, earlier in the pandemic, was one of several senior squad members to put forward pieces of original artwork to help raise money for the Jack and Jill Foundation. Ryan took part in the 'Run for Pieta' event, in April, and Earls auctioned off the Ireland jersey he wore in the 2018 win over New Zealand for Barnardos. 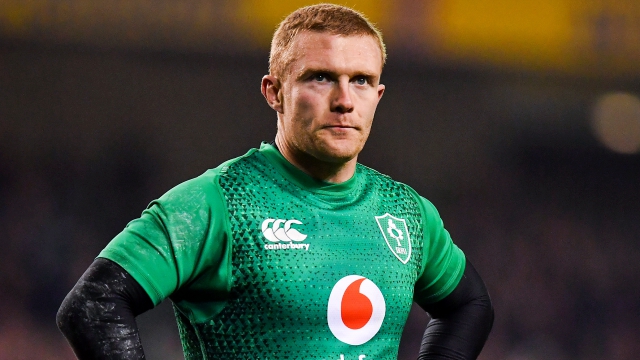 There are others involved with the province - as well as Leinster, Connacht and Ulster - that have been able to get involved in a more hands-on manner. Dr Jamie Kearns spoke with Baz & Andrew's House of Rugby about the work he was doing at Galway University Hospital during the pandemic.

"It's not like in the past where you are working in the emergency department and you go in and say, 'Right, let's see people, hopefully make people better and give them the right treatment'. We're also going in and asking, 'Am I going to be safe? Am I going to come home healthy?' That's the scary bit, I suppose. That's the change and the sobering thing.

"For the most part, you have to put that to the back of your head. Just be appropriate. Make sure you take all the measures you can and just go in and do the job as best you can. But it is at the back of your mind, definitely."

The efforts of all the players and staff at Munster to do what they can around their communities, and to raise money and awareness, has not gone unnoticed by head coach Johann van Graan.

"If I could sum up the lockdown," he comments, "personally and what we spoke about as a squad, what this taught us is that in times of crisis, it's about people.

"The four things that came to mind were - Grace, Love, Choices and Enjoyment. I think if you can do something for your fellow man, that says a lot about you. I'm so proud of the players and the staff and the way that they helped people alongside them.

"It's not about getting any recognition about it, it's about the act of kindness. One of the values of this club is community, and that's what we're about. It's simple things like meeting your neighbours or going to buy some groceries for elderly people. There's been so many stories of that. Not only in Munster but all across the world. So, very proud of the people that are working alongside me at this club.

"And I think it would be wrong not to acknowledge people all over the rugby world who have really shown what they're about. Some of the stuff we've seen in Italy, about what guys have been doing. I don't want to get into names, but some of the stuff that has been going on in my own country, at this stage, and closer to home (here), it's great to see." 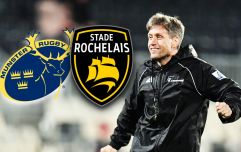 END_OF_DOCUMENT_TOKEN_TO_BE_REPLACED

Monday, July 27 sees Munster's senior and academy squads get back into training at Munster's High Performance Centre at University of Limerick. The focus for the province will be the Guinness PRO14 games against Leinster and Connacht in late August and an expected semi-final against Leinster in early September.


popular
Six minutes was all Alan Connolly needed to score two goals and set up another
'Jesus Christ! How am I going to put up with this lad for nine weeks?!'
Sensational scenes in Belfast as Antrim edge out Clare in a thriller
"Of the 37, Bundee Aki would be my 37th most expected selection and my worst rated"
Gatland comments give insight as to why CJ Stander missed Lions call
Peter Queally vaults into Bellator title picture with stunning win over Pitbull
'Johnny Sexton completely outplayed Farrell and Russell in the Six Nations'
You may also like
3 weeks ago
"Munster was like playing for your local GAA club. The craic was 90"
3 weeks ago
"I'd like Ronan O'Gara at Munster in the next 12 months" - Niall Ronan
1 month ago
"Gavin Coombes was outstanding" - Munster's ray of hope as European light snuffed out
1 month ago
Munster's Champions Cup dreams blown away by late Toulouse burst
1 month ago
Worrying footage as Tadhg Beirne suffers "bad injury" to ribs
1 month ago
Pieter Steph du Toit comments on Munster move demonstrate biggest stumbling block
Next Page