"You feel like you have a bit of a purpose."

For Munster doctor Jamie Kearns, it is about doing his part. Of feeling like he is making a contribution, no matter how small he feels it is in comparison to others fighting the fight.

Kearns has gone back to his roots by going back to work in the Emergency Department at University Hospital Galway, in his home city. With Munster Rugby on a four-week break (for now), their Head of Medical wanted to do his part to help in the fight against the COVID-19 pandemic.

"It's a different kind of situation to be in," he says. "It's unusual to be talking to everyone from home, and lots of Skype calls and all that kind of stuff with the players. But it's also, in a strange way, the last week or two has been enjoyable to get back on the frontline and try and help out in the effort.

"I certainly can't say I've been doing loads. I've done a couple of weeks of it. Some people have been there for a lot longer than myself so I don't want to be giving myself a pat on the back just yet. But it's been to be able to go and do something; to have the privilege to be able to do that. You feel like you have a bit of a purpose."

On the latest episode of Baz & Andrew's House of Rugby, Kearns detailed what his new working brief in Galway is and spoke about genuine concerns healthcare workers have about Personal Protective Equipment and stay as safe as possible so they, too, can go home to their families.

Kearns is doing two and a half days in Galway's University Hospital and still checking in with the Munster squads, senior and academy, to make sure players are keeping their focus and not allowing the walls to creep in on them.

He has been with the southern province since 2018, having previous held similar roles at Connacht and with the Ireland Women's National Team (football). Kearns says the Emergency Department has a very much different feel to when he was last in on regular rotations.

"In terms of the hospital, it is kind of eerie because you're used to going into an emergency department where there's too many people on trolleys, and stuff like that. That's not there at the minute, which is kind of eerie, but then when people are coming in, they're coming in pretty sick, to be honest. So it's definitely sobering, when that happens. I think that's why it's so important that everyone is hands on deck at the minute." 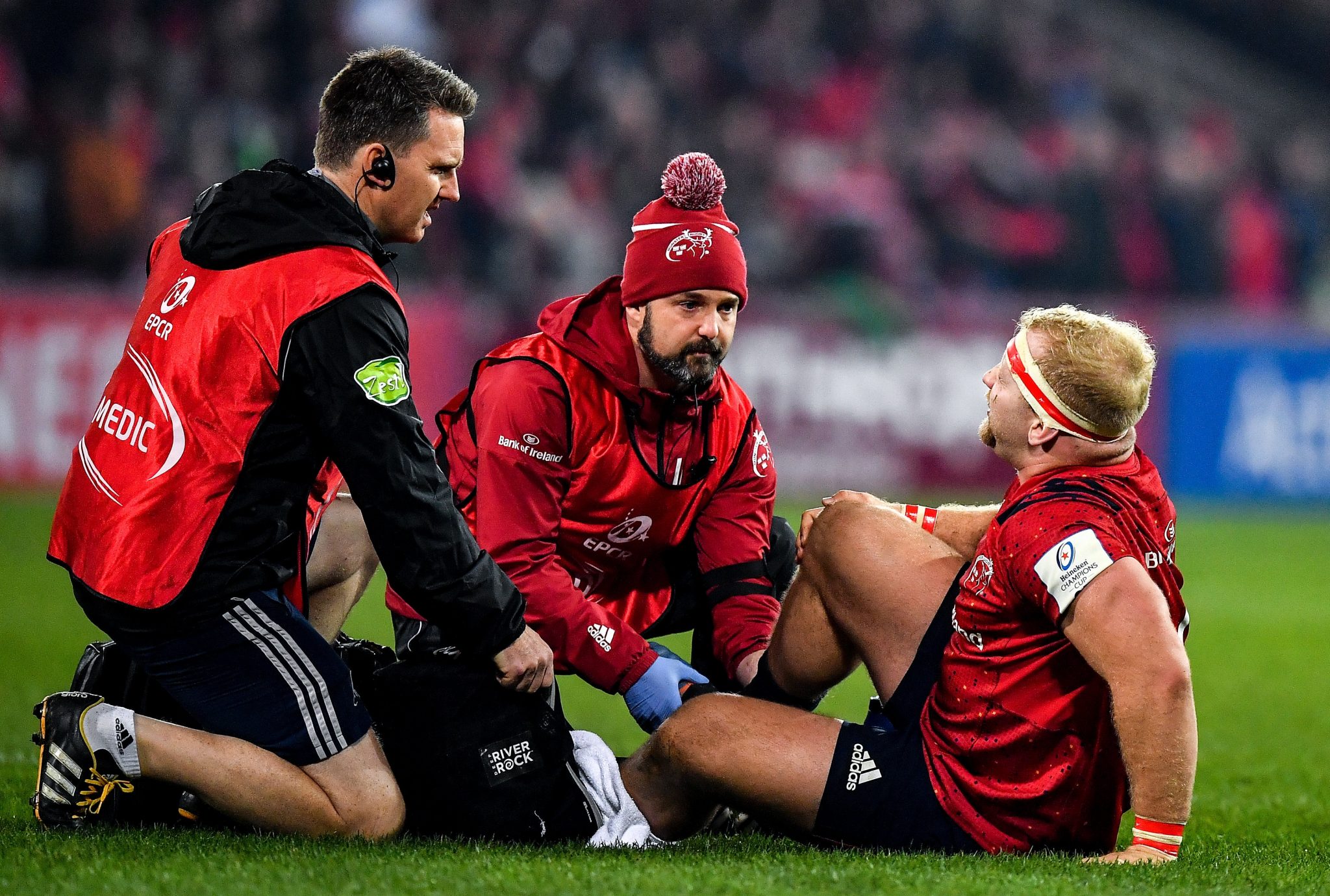 END_OF_DOCUMENT_TOKEN_TO_BE_REPLACED

One of the major concerns many healthcare workers on the frontline of the COVID-19 battle have is the availability of Personal Protective Equipment. It has been spoken of widely in recent days and Kearns can see why.

"We're lucky, at the minute, in the hospital in Galway," he begins. "We seem pretty well stocked.

"But I know even down in Cork they were running into problems. They were getting through equipment quite quickly, because it's all single-use stuff. You're getting through things every time you assess someone.

"The really hard bit is all the people you see that probably don't have COVID-19, if they've got a cough or are short of breath - for any number of reasons - you've got to just take that precaution because, as it is at the minute, a quarter of all infections are in healthcare workers. That's the bit that probably changes your approach to going in.

"It's not like in the past where you are working in the emergency department and you go in and say, 'Right, let's see people, hopefully make people better and give them the right treatment'. We're also going in and asking, 'Am I going to be safe? Am I going to come home healthy?' That's the scary bit, I suppose. That's the change and the sobering thing.

"For the most part, you have to put that to the back of your head. Just be appropriate. Make sure you take all the measures you can and just go in and do the job as best you can. But it is at the back of your mind, definitely."

That concern encompasses the hospital's redoubtable cleaning staff, with who he is in awe of.

"It's not just me going in and doing a couple of shifts," he says. "It certainly isn't. It's everyone. It's the nursing staff. It's the cleaners going in.

"That's one of the jobs where I think, 'My God, people don't get paid enough to do that'. You're being told, 'Right, there's a really dangerous virus in there. Go in and clean that room every time someone comes in'. I don't think we pay people enough to do that. I think we've missed that a bit. Jesus, that's the important stuff." 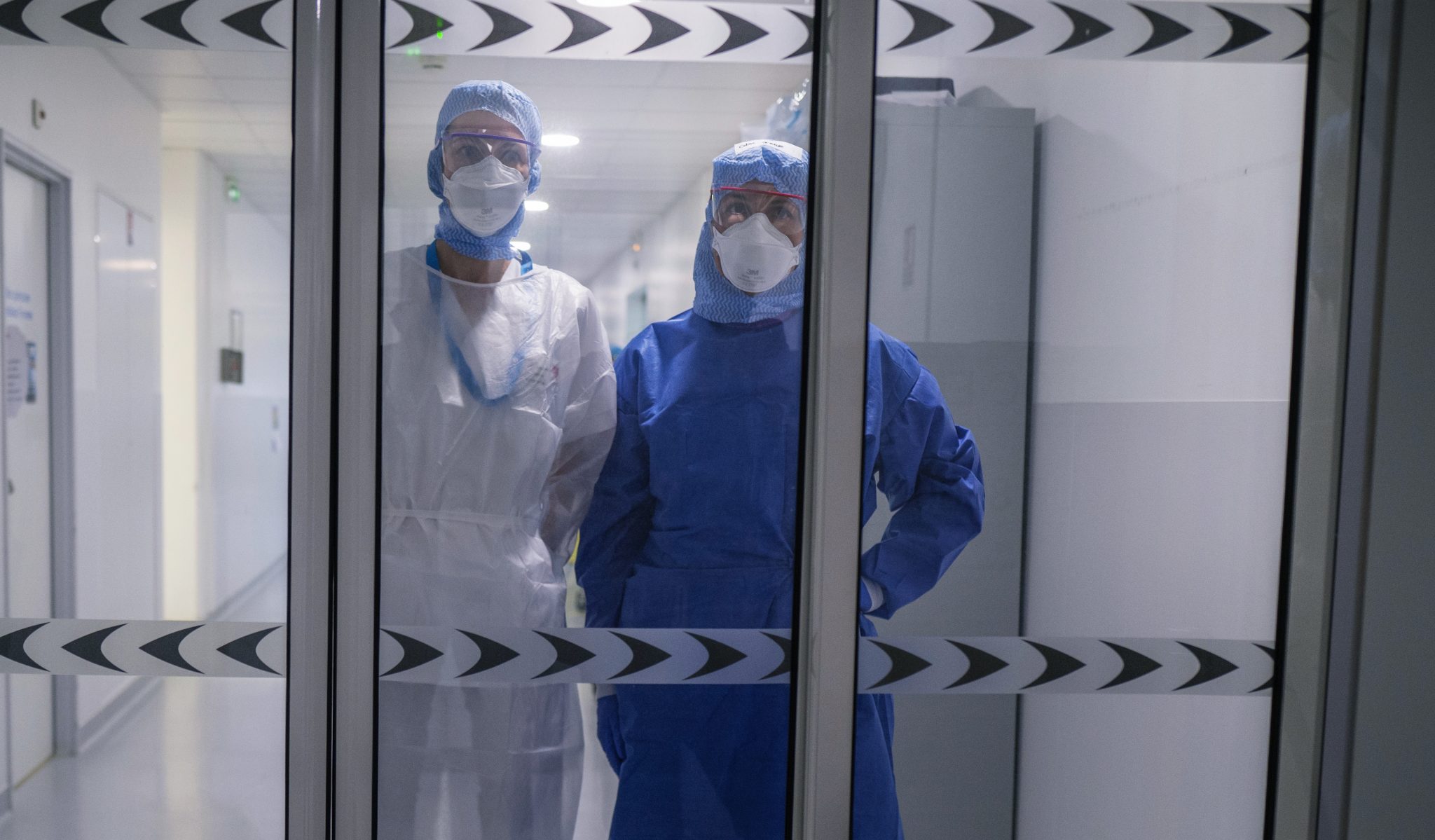 Kearns says he has spells of dipping in and out of Twitter for his news updates and the flood of Coronavirus information and updates can often add to that sense of unease.

"You see the number of people across the world. I think it's 170 healthcare workers have died and what was scary was someone put up a list of the people, in recognition, and you look at the ages and go, 'Christ, they're all the same age as I am'.

"And that is the bit that... I think it's hard for people in general to process. When you see that, what is it, 70,000 people dead world-wide? I don't think you can process that number. But then when you start to see it as a smaller group and it's individuals, and an individual story, you process and go, 'Okay, well that's actually quite close to home'. The reality of it all.

"And that's not to frighten or scare people. I think it's just so important to people. Because you can kind of get lulled into a false sense of, 'Everything's grand because I'm sitting at home, and I'm having a nice time with my family'. That's all really positive, but just not to think that this is going away any time soon is important as well. And, again, it's just about a balanced message. Not trying to scare people because there's that side of it again - it can be quite scary - but if you're home and you're doing all the right things, you'll be fine. I think that's important to know as well."

There have been a few upsides through this tumultuous time, says Kearns. He is spending more time at home with his wife and three young children, aged 2, 5 and 6, and has seen his eldest child, who is autistic, really benefit from having both mum and dad around.

There have been Zoom catch-ups with friends and that sense of togetherness and fight in the hospital staff he gets in to work with each week. Each of them going above and beyond, and willing to do more.

"There's nothing worse than the fear of the unknown, and that's what can scare people," says Kearns. "

"Look, control what you can control, have a bit of a purpose, have a bit of a connection... there's the videos of people all getting together (online) to do exercises. They're the positives. That's what you hold on to."

popular
QUIZ: You have 30 seconds to answer this one tricky football question
You'll have to be a diehard fan to get 20/20 in this Liverpool players of the 90s quiz
The SportsJOE 12 o'clock quiz | Day 286
Here's a list of 23 people who own a greater share of the UFC than Conor McGregor
SportsJOE 2000s Football Quiz | Round 11
Wayne Rooney story about Memphis Depay shows why he failed at Manchester United
If Twitter was around for 1994 Hurler of the Year farce, it would have been pure carnage
You may also like
1 month ago
Danny Care accuses Munster players of 'rolling around and diving'
1 month ago
"It's something I have been pushing towards since I was very young" - Shane Daly
2 months ago
"It was rock bottom... I was going to pack my bags and start farming" - CJ Stander
2 months ago
"I could feel that connection at Soldier Field. Axel was there, 100%" - CJ Stander
2 months ago
"There is no doubting Baird is a future Irish second row, long-term" - Paul O'Connell
2 months ago
"A lot of these Munster lads are from GAA backgrounds - that's the way forward"
Next Page