Munster will roll the dice on two players and back their big names to deliver big performances.

After four rounds of their Champions Cup pool, Munster lie on 11 points. If they are not mathematically heading into a must-win game, they are not far off.

18 points is often looked upon as the cut-off point for any side hoping to reach the knock-out stages of the Champions Cup but two sides have advanced with less than that. Since the competition has been cut from six to five pools (of four), these are the lowest point returns for teams making the last eight:

Munster missed out on a losing point against Saracens, in their last game, when they turned down a penalty in a failed effort to score a try. Depending on how this weekend's game against Racing 92 plays out, Munster will be sitting on anywhere from 11 (loss with no bonus point) to 16 (bonus point win) points come Sunday evening. Dead-last Ospreys come to Limerick a week later and all five points there will be the target.

Hope for Munster comes from the fact that, bar Clermont and Ulster in Pool 3, each pool has a clear frontrunner. Munster have more points than all the other second placed sides, apart from Clermont (16).

Racing, meanwhile, know that a win on Sunday will put them through to the quarter finals as pool winners. Should they want to rest up some of their heavy-hitters, it would increase Saracens chances of finishing out the pool stages with two wins and reaching a potential maximum of 20 points.

On the latest episode of Baz & Andrew's House of Rugby [from 37:30 below], Barry Murphy, Andrew Trimble and Jerry Flannery looked ahead to Racing vs. Munster and discussed what the Irish province simply have to get right. 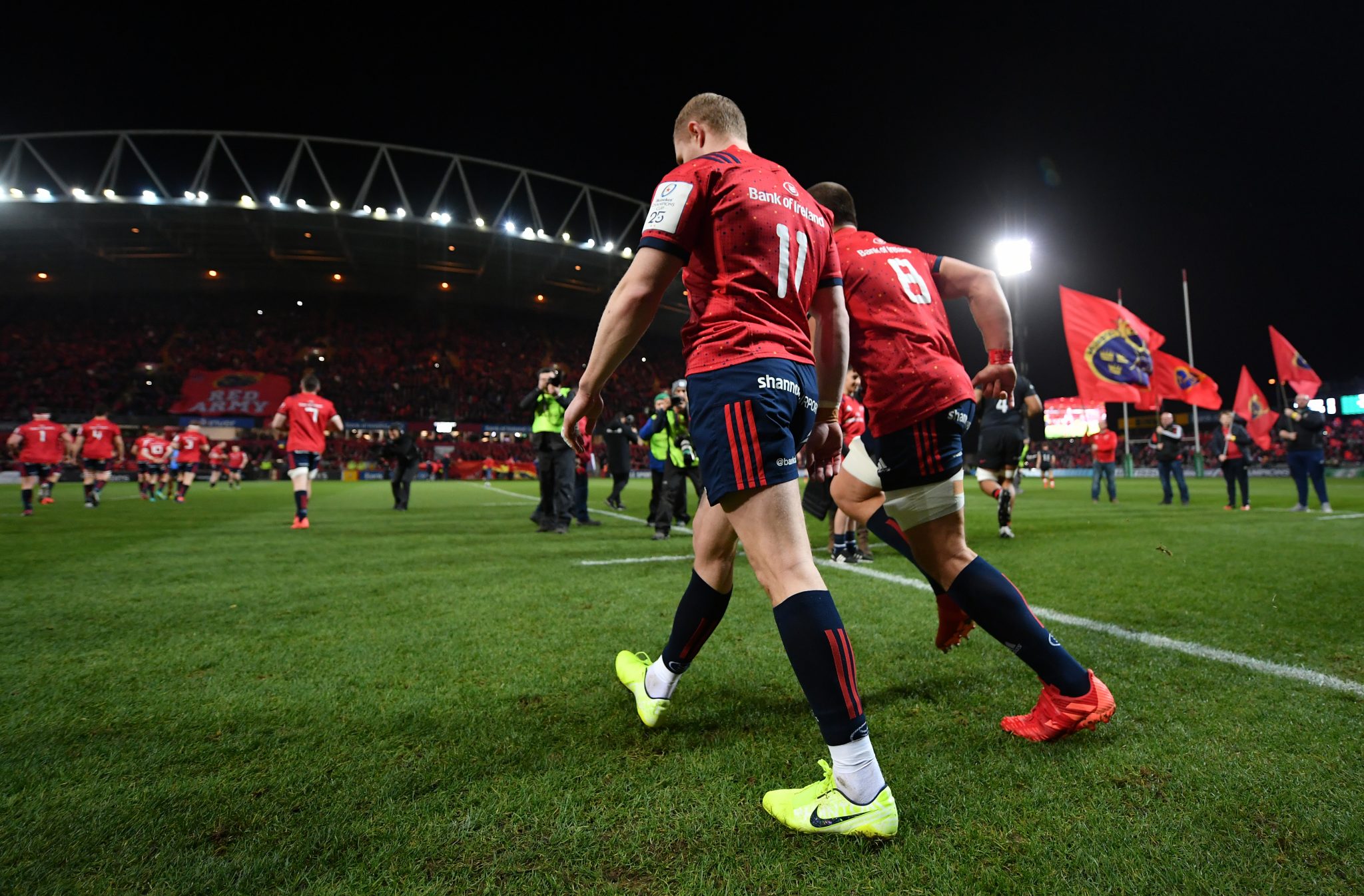 "Munster need to go with good fundamentals," says Flannery. "So their set-piece needs to work well. I know they struggled in the lineout against Racing so their lineout needs to be on-point. Racing's contesting lineout is really good, with the likes on Wenceslaus Lauret and Donnacha Ryan, who be doing his homework."

Munster are definitely without Tadhg Beirne at lock while Fineen Wycherley picked up a knock against Ulster, last weekend, and Australian Jed Holloway finished up his short-term contract. Jean Kleyn and Billy Holland are likely to team up in the second row while Peter O'Mahony and Jack O'Donoghue are good jumping options in the back row.

Flannery says Munster generally 'edge it, in terms of getting scrum penalties' against Racing while they have to be clinical in how they exit and get the ball off the field. "If you're kicking loosely to them, you're keeping them in the game," he adds. Indeed, the French side got two tries from Munster kicking the ball back to them at Thomond Park. Flannery continues:

"They've got to put massive pressure on Finn Russell as well. Big line-speed pressure on Russell. That starts with them being able to contest with Racing and stop some of the Racing ball-carriers, and give them enough momentum to actually keep Racing on the back foot, rather than Russell being able to run onto the ball when the defence is compromised because that's when he's really, really good.

"After that, Munster still need to go and actually play. They can't just say they're going to kick the ball well and have a strong set-piece. They have to do stuff like moving the ball to the edge. That still needs to be there and that's when they look best - when they get the ball in Conway and Earls' hands and give them that bit of time."

Murphy feels that Munster were looking good in November and early December but the Saracens loss - without taking a point - and the poor festive run has changed the mood around the province.

"How do you change that mood?" he asked, "Because now it seems that they've fallen into a dark place and everyone is questioning everything about Munster."

Trimble feels Munster are far from crisis mode and reckons the change of competition, back to the Champions Cup, and the stakes of Sunday's game will give a jolt to the squad. "You could potentially see a very different side of Munster this weekend."

Elsewhere in the Munster starting XV, expect Mike Haley and JJ Hanrahan to both be asked to push through any discomfort to take jerseys 15 and 10 in Paris. Hanrahan is the biggest injury doubt and inside centre Rory Scannell will have run a few lines, and plays, as outhalf in Munster training this week... just in case.