Munster were up against it before any of this.

Saracen's away is a trip right into the lion's den anyway but Munster's task has got even less enviable prior to their Champions Cup semi-final showdown. Johann van Graan's side will travel to Allianz Park depleted with key men Keith Earls and Joey Carbery ruled out injured.

The flying winger has failed to recover from a thigh injury while Carbery's hamstring injury paves the way for Tyler Bleyendaal to start at out half. 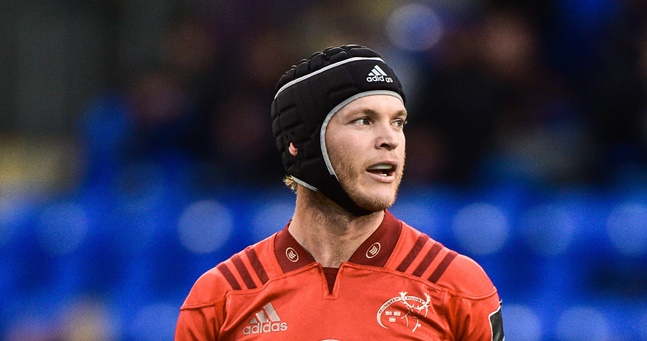 Mike Haley meanwhile, comes into the side at full back while Darren Sweetnam and Andrew Conway man the wings. The good news is that Jean Kleyn has been passed fit but even with the South African at his beastly best, Munster will have their backs to the wall from 3.15 on Saturday.

END_OF_DOCUMENT_TOKEN_TO_BE_REPLACED

The team news is easier on Leinster eyes with their talisman Johnny Sexton back in business after a quad injury. That's one strong Leinster team that will host Toulouse in the Aviva on Sunday at 3.15.


popular
Justin Gaethje tells Conor McGregor to wait his turn
The SportsJOE 12 o'clock quiz | Day 74
QUIZ: Can you name the Football Italia cult heroes? | Part 2
SportsJOE 2000s Football Quiz | Round 4
QUIZ: Correctly identify these World Cup 2014 players from their stickers
SportsJOE 2000s Football Quiz | Round 3
Bohemians say government advice was followed, after training video emerges
You may also like
4 days ago
Tadhg Beirne on the Wayne Pivac request that helped change his career
1 week ago
Baz & Andrew's House of Rugby - Tadhg Beirne and John Cooney
2 weeks ago
How Munster could line out after confirmation of fourth major signing
1 month ago
Munster's James Cronin gets one-month ban for 'unintentional anti-doping violation'
1 month ago
"Am I going to be safe? Am I going to come home healthy?" - Munster doctor joins Covid fight
2 months ago
'Paul O'Connell re-arranged my living room furniture' - a rugby ref's tale
Next Page