"Four times out of the last five, we've gone down and beaten ye."

Munster's latest defeat to Leinster, at Thomond Park, left many fans of the southern province shaken, with plenty eager to move on from the Johann van Graan era. To former Leinster prop Lindsay Peat, the home side's 34-19 defeat "highlighted the gap" between both sides.

Such is the successful production, and conversion, rate of young prospects to solid professionals, the Leinster match-day 23 was very strong, even without Johnny Sexton, Dan Leavy, Will Connors, James Ryan, Ryan Baird and Rónan Kelleher to call on.

END_OF_DOCUMENT_TOKEN_TO_BE_REPLACED

Munster were without senior stars too - RG Snyman, Andrew Conway, Tadhg Beirne, Simon Zebo and Dave Kilcoyne - but, for them, it really told. To turn Leinster over, these days, you need to be very close to full strength and completely on top of your game. Munster were neither.

On the latest House of Rugby URC [LISTEN from 1:45 below], hosts Jason Hennessy and Greg O'Shea were cutting in their appraisal of a Munster side that may now struggle for a top four finish in the United Rugby Championship standings. They did offer some crumbs of comfort, though. 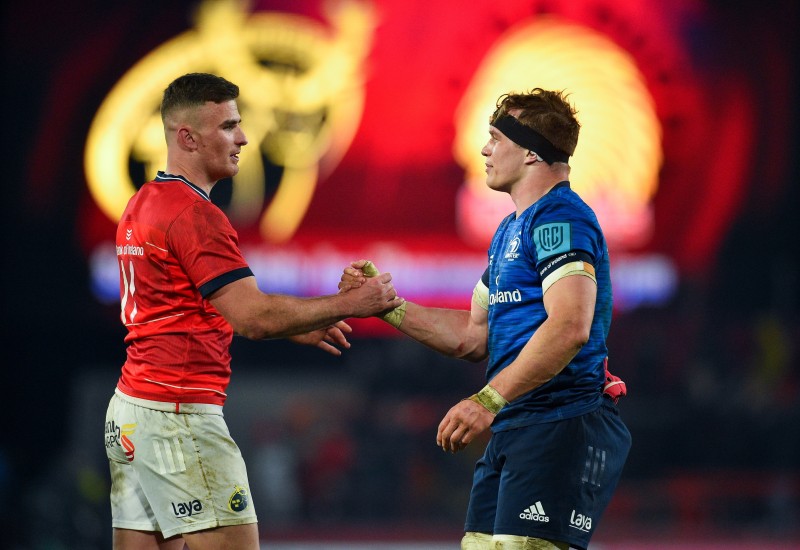 'I went to the game and was so frustrated' - Greg O'Shea

END_OF_DOCUMENT_TOKEN_TO_BE_REPLACED

"I'm always giving out about Munster," said Hennessy, a Limerick native, before turning to Greg O'Shea, who was in with the province for three seasons before switching to Ireland Sevens.

"I don't think you can defend them this time," Hennessy stated, and O'Shea was not arguing.

"No. I went to the game and I was so frustrated. My voice is still half gone - I was the loudest man in the stands, shouting away. I thought the decision-making was so poor.

"It's still not far off a fortress. We had 10 home wins in a row, in all competitions, it's just that we can't beat Leinster, man!"

END_OF_DOCUMENT_TOKEN_TO_BE_REPLACED

While the Six Nations was taking place, Munster dropped both games on their mini tour to South Africa as well as losing to Glasgow Warriors. They beat Dragons, Edinburgh and Treviso but their defeat to Leinster sees them drop to fourth and puts the Bulls and Stormers [both with a game in hand] in touching distance.

While both Lindsay Peat and former Ireland winger Ali Miller highlighted the Leinster back-row, Jamison Gibson Park and James Lowe as stand-out performers, both O'Shea and Hennessy were cutting in their assessment of Munster.

"We heard a lot about how the Munster attack was going to evolve, over the last few years," said Miller, "but I don't think we've really seen that." 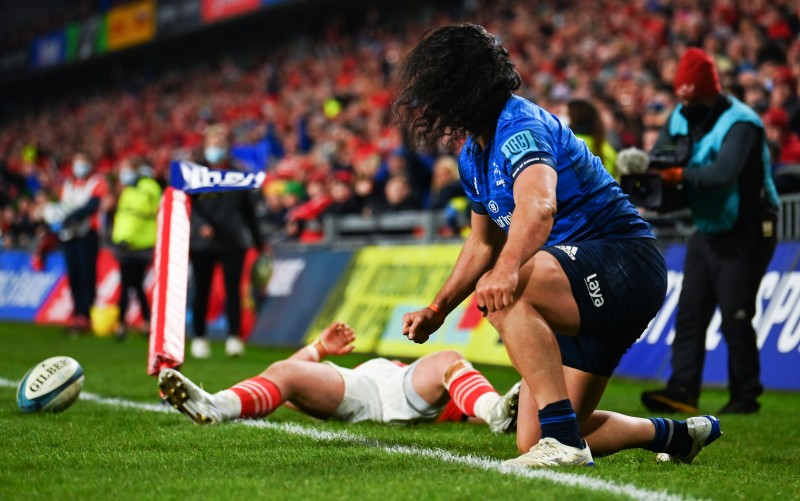 'We need to start looking at our own fellas'

After praising the likes of Craig Casey, Josh Wycherley, Thomas Ahern and Alex Kendellen, who all came off the bench in that 15-point loss, Peat said Munster should focus on youth for the remainder of the season, and beyond. "The emphasis needs to be on home-grown talent," she added.

Hennessy agreed and pointed out how Munster were often looking a short-term fixes, in the playing and coaching staff, and hoping something clicked. O'Shea commented:

"I've already said I'm not a big fan of Malakai Fekitoa coming over [next season]. Kendellen was great against Leinster and Gavin Coombes has been unbelievable, but their best player against Leinster was Damian De Allende. He's leaving, though, and so is Chris Cloete.

"We need to start looking at our own fellas, and building it up around them. Get Kendellen playing more. John Hodnett, too."

One element of the Leinster loss still rankled with O'Shea as he reflected on it, 24 hours on.

"The decision-making was poor, I felt," he said.

"One thing that jumped out was Peter O'Mahony kicking the ball down the wing. I was thinking, 'What is he doing?!' He's an incredible player but [at] lineouts, tackling, rucks. Stop kicking the ball, man.

"It's a poor leadership decision. You're the leader on the pitch, and you're kicking the ball, man. And the younger players looking at you... He tried it twice. There had been an advantage played, a couple of minutes before, and he kicked it. Luckily, it came back. Then he kicks it again. What does that say to the younger lads? It's really frustrating, because he'd never have done that before.

"There was another decision in the first half when we got a penalty in our own half and he decided to go for a scrum, on our own 10-metre [line]. That's such a weird decision - you're 60 metres away. Kick the ball for touch, win the lineout."

Plans are certainly ongoing for the next Munster head coach, and the support staff, as van Graan is off to Bath next season.

While some at the club may want the younger players to get more minutes ahead of the latest new dawn, the South African will be 100% short-term as he plays the strongest XVs he can to stay in the hunt for the URC and Champions Cup.


popular
Allianz National Football League Round 1: All the action and talking points
Roy Keane flatly rejects longstanding perception of ex-Man United midfielder Paul Ince
Sean Dyche set to be named Everton manager after Marcelo Bielsa talks break down
British publication urges Gareth Southgate to claim Evan Ferguson for England
"Not cool" - Jurgen Klopp far from happy with question about late Liverpool fouls
John Egan breaks Wrexham hearts and denies Ryan Reynolds a Hollywood ending
Roy Keane leaves ITV pundits in stitches after Pep Guardiola's pre-match interview
You may also like
3 days ago
The two toughest calls in Ireland team to face Wales are in the backline
4 days ago
"He didn't give me that jersey back!" - Johnny Sexton on new rival Jack Crowley
6 days ago
Robbie Henshaw on his life-long friendship with Bundee Aki and Netflix documentaries
1 week ago
Munster get brutal Champions Cup draw as Leinster face Ulster in Last 16
1 week ago
“He's gonna be pi**ed when he hears this!” – Anthony Watson's Vegas trip with Tadhg Furlong
1 week ago
Kieran Treadwell the most unfortunate Ireland player to miss Six Nations call
Next Page