Munster once staged a Last Man Standing event, with a surprise winner

Can only imagine the carnage that unfolded.

As team bonding experiences go, marking out a big fight pit and holding a WWE-style 'Last Man Standing' scrap takes some topping. One cannot imagine such a dust-up being given the go-ahead in today's game but an infamous one took place around a decade ago and left those involved with more than a few bumps and bruises.

Vickerman noted that Exeter back-row Matt Kvesic would surely win a modern-day, English version of Last Man Standing. That sparked a recollection for Flannery and he began:

"Yeah Quinny, Paulie, all the lads. I think what Munster wanted to do was ramp up the competition within the squad and make it much more niggly.

"They split the squad into four, so there was a grey team, an orange team, a blue team and maybe a red team. Split it up so we had a even mix of forwards and backs. They ended up by saying, 'We're going to have a King of the Ring'.

"We were at a training camp in Portugal and they put a big circle around and put everyone in and said, 'Who is going to be last man in there?'

"Honestly, man, you had to get people out of the circle. We hadn't really thought about [strategies] but after a while we started figuring it out. You're thinking, 'Right, that's John Hayes. I'm not going to get him out'.

"But it ended up that John Hayes might be throwing someone out at the edge and you'd run in, drop your shoulder and hit him in the lower back to get him out.

"Then it ended up with three guys on one guy. It was like prison, man. They were running after him.

"I think Sammy Tuitupou won it. He was an animal in there, man. Very, very powerful." 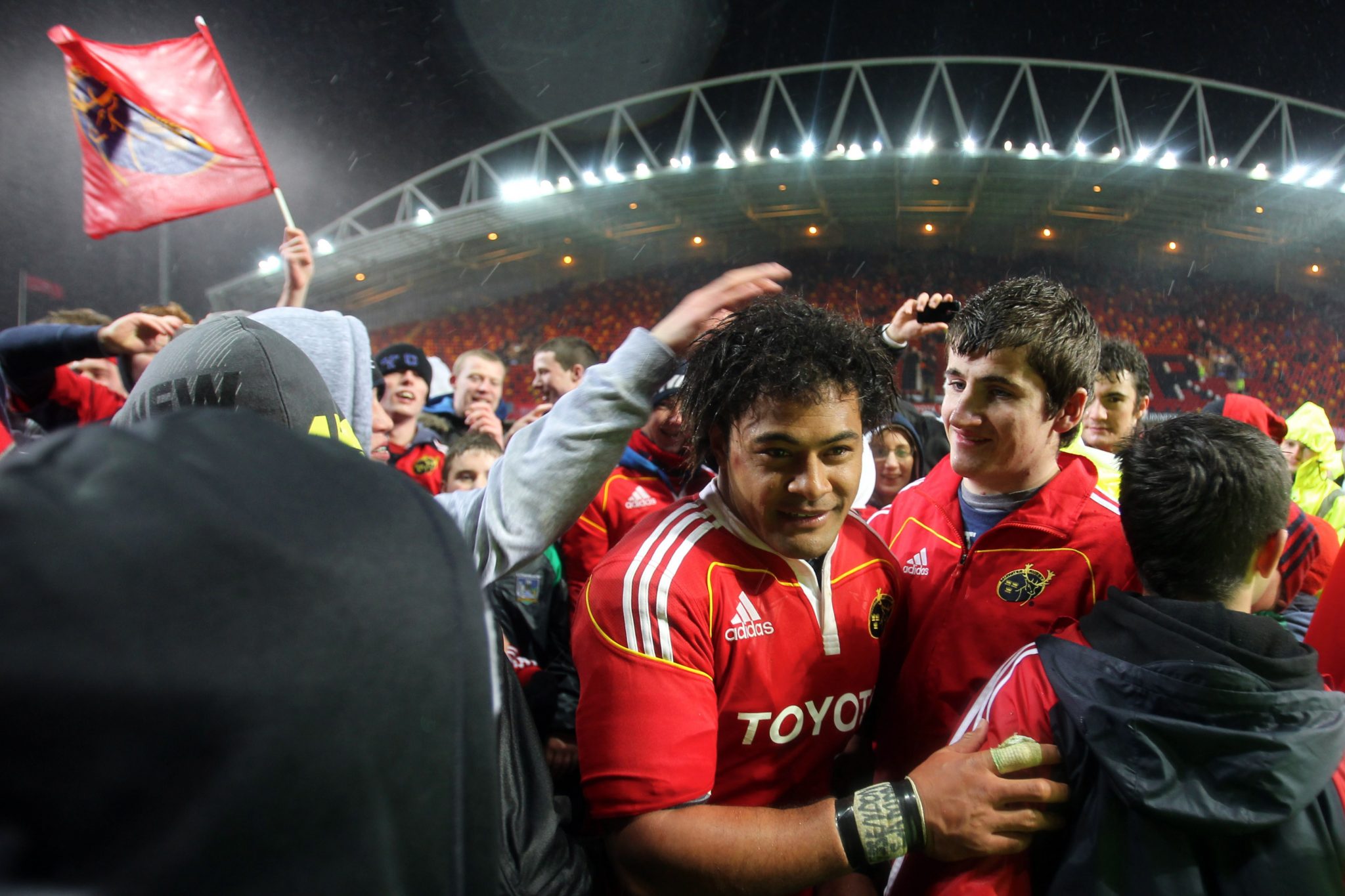 Tuitupou only played one season for Munster - 2010/11 - but he made one hell of an impression.

In a Munster squad that contained the fearsome likes of Hayes, Paul O'Connell, Alan Quinlan, Donnacha Ryan and Tony Buckley, the 5-foot-9 Kiwi was King of the Ring, last man standing. A somewhat surprising victor but any lad that can lift up Devin Toner like a sack of spuds must have fancied his fighting chances.

popular
SportsJOE 2000s Football Quiz | Round 12
The SportsJOE 12 o'clock quiz | Day 142
Only a Champions League fanatic would get full marks in this quiz
Collin Morikawa makes huge world rankings leap as Lowry drops back
Brooks Koepka puts PGA Championship leaders on notice with final round comments
Mickleson winds up Faldo as Dustin Johnson grabs PGA lead
Rory McIlroy defends Dustin Johnson after Brooks Koepka comments
You may also like
6 days ago
"When I signed for Munster, I didn't know Damian was coming as well" - RG Snyman
2 weeks ago
"If you can do something for your fellow man, that says a lot about you"
2 weeks ago
Dates and times confirmed for Irish province's return to rugby
3 weeks ago
"Get jacklers into your team" - How Munster should line up when rugby returns
3 weeks ago
Munster need JJ Hanrahan to wear the crown if they are to end Leinster's reign
3 weeks ago
"There was a Watt-bike, weights and a piece of grass waiting for him"
Next Page