'Munster can't be seen to condone it. But they should be backing their doctor' - Jerry Flannery

"Your staff, they have to be committed. You're basically going to war."

Saturday at Allianz Park saw Munster and Saracens add another chapter to their burgeoning rivalry with an all-out scuffle spilling over onto the sidelines and riling everyone in the ground up. Munster medic Dr. Jamie Kearns was in the eye of this storm as he exchanged words with Saracens hooker Jamie George and sparked and all-in meleé.

Around 15 minutes into the second half, Saracens won a lineout and George got into it with Niall Scannell, on the touchline, before Dr. Kearns interjected with some choice comments. George turned back to have a go off the Munster medic and it led to Jams Cronin and Jack O'Donoghue blocking his path. Players from both sides then waded in. 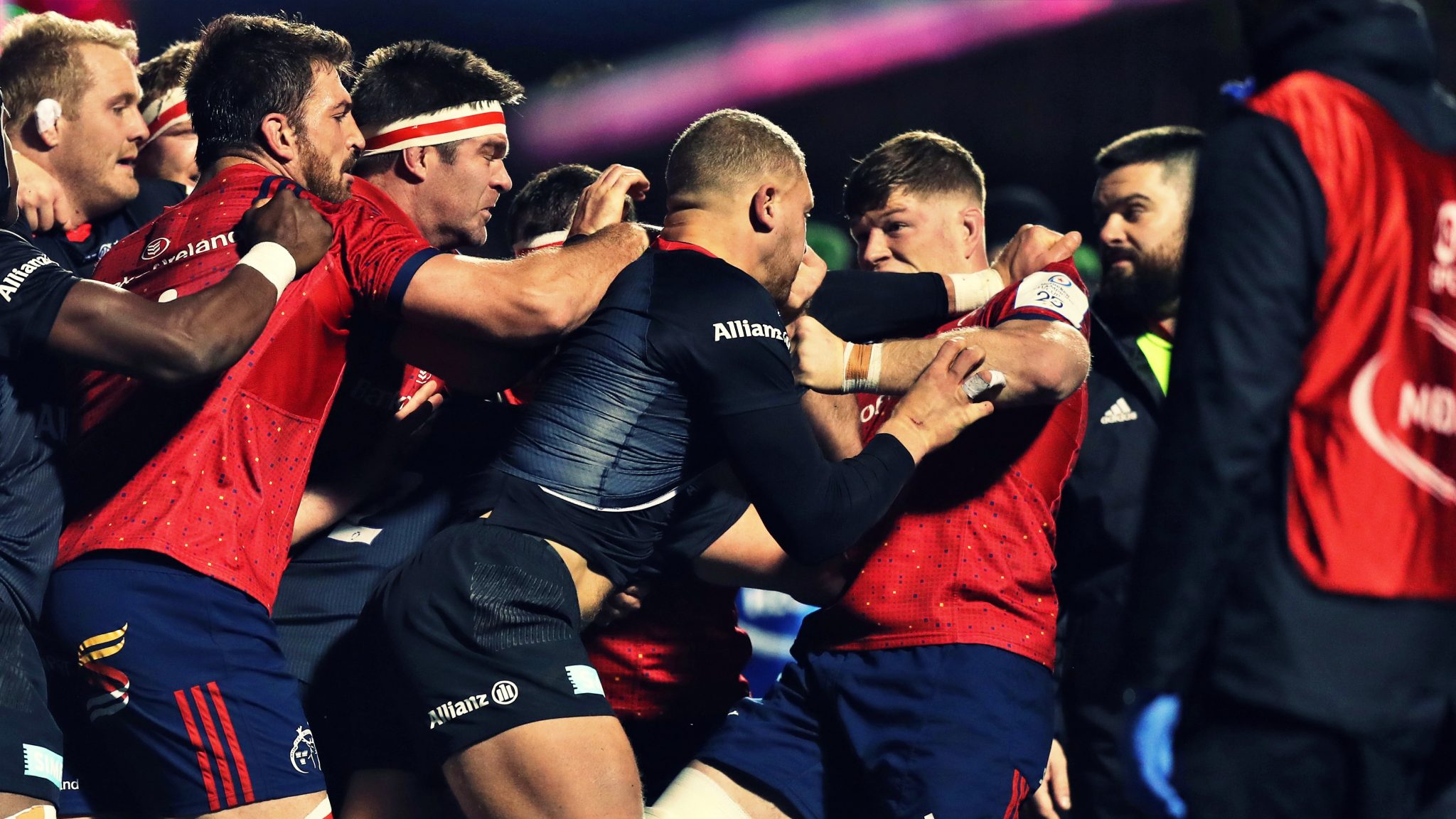 Speaking to BT Sport soon after, Saracens coach Alex Sanderson commented, "I don't want to point fingers but it was Munster's fault!

"I think their doctor, or someone on the sideline, said something derogatory to Jamie (George) about his weight. It didn't go down so well and there were a couple of words exchanged there and the big boys came in. I don't think it was too serious; a bit of a wrestle and excitement levels going over the top."

Dr. Kearns later apologised for the verbals, after Saracens beat Munster 15-6, and the EPCR announced that they would be investigating the incident.

On the latest episode of Baz & Andrew's House of Rugby [from 41:00 below], Barry Murphy, Andrew Trimble and Jerry Flannery discussed donnybrook and what it means to a squad when all the support staff are up for the match too. 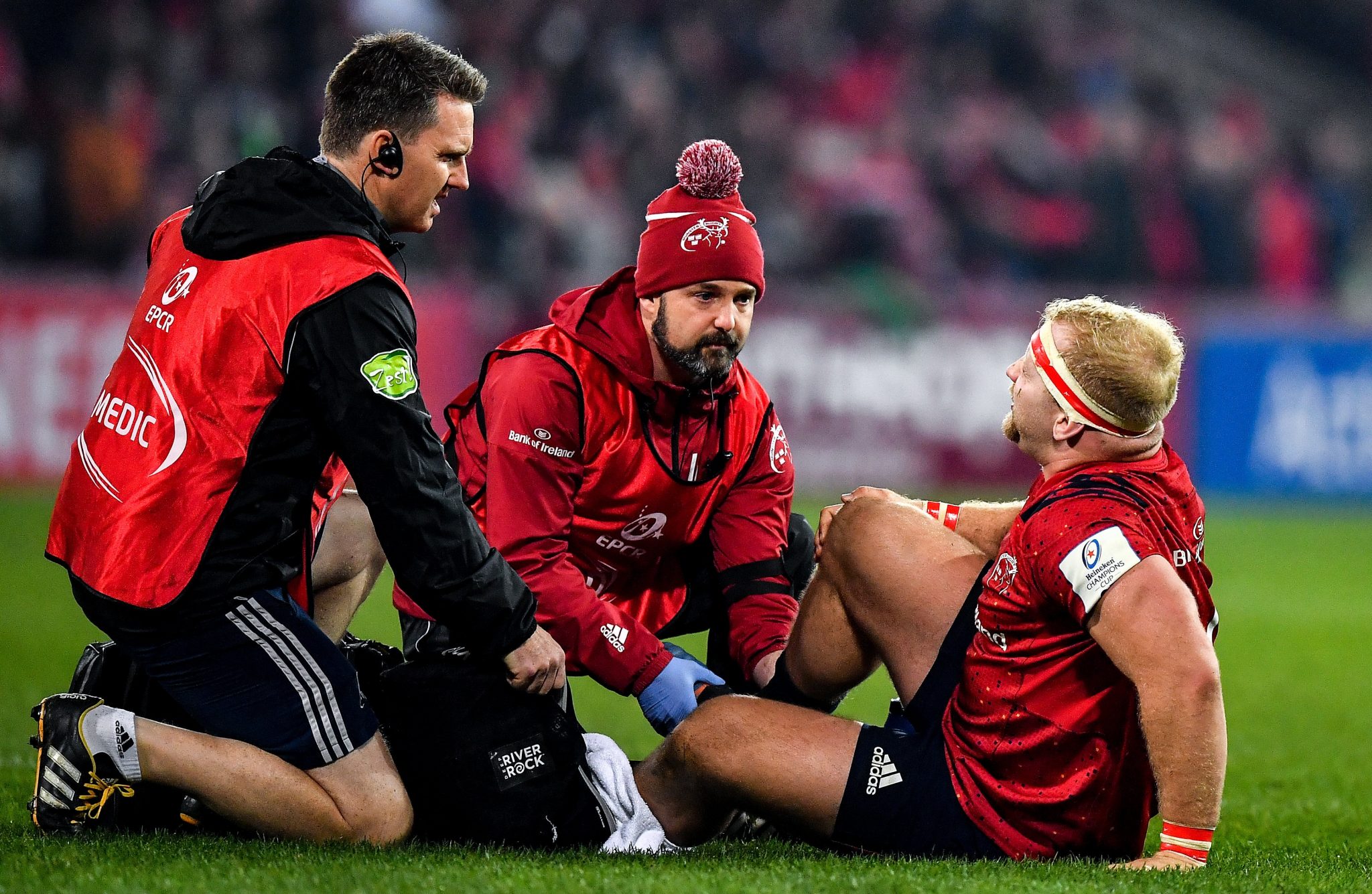 END_OF_DOCUMENT_TOKEN_TO_BE_REPLACED

Dr. Kearns was part of the Munster backroom and support staff during Flannery's time as a coach at Munster. The former Munster and Ireland hooker described how important it is to have all involved at a club buying into big matches and what it means.

FLANNERY: That thing with the scrap, the doc is a very good guy. I think that it was wrong, what he did. 100% he was wrong, but I just know that when you're coaching, you want to feel that everyone is committed and that it really matters to everyone. He really cares, do you know, about what it means... For some of the guys on the sideline, they don't have the price to pay to be on the field. Jamie George isn't going to tackle that guy. But the doc, and your staff, they have to be committed. You're basically going to war.

MURPHY: I remember Pat Geraghty, our media guy, like how many fights did he get in? And Jerry Holland, Billy's dad, he punched many people on the sideline and that often galvanised the whole side, when you have staff that are buying into it and are that passionate about it.

TRIMBLE: Yeah, I don't think the doc should be hauled over the coals for it. I think they should say, 'Listen, he got a little bit carried away'. If a player said that then you wouldn't think twice of it. If he called someone fat, well then, that's grand. Everyone does that on the pitch so that's fine. But then that's harsh, it's tough on doctors that they're considered, it's considered less acceptable... So, yeah, I'm with you. I hear you. I'm sure he made a mistake, but he's there because he's bringing intensity on game-day and he's part of the whole team. It's very understandable that that happened.

It was an unfortunate incident and one that escalated quickly. It remains to be seen what sanctions may be issued but one hopes Dr. Kearns avoids sharing his tuppence so readily again in the future.

As for Munster ceding the initiative to Saracens by riling them up, Flannery dismisses that notion and points out that the European champions had dominated long periods of the game, even though Johann van Graan's side were 6-3 up when it all kicked off.


popular
James Haskell on text exchange with Peter O'Mahony after Ireland's victory over Scotland
Fines and suspensions in Tipperary after stewards enquiry
The SportsJOE 12 o'clock quiz | Day 103
"The academy boys have turned into small monsters over the past few weeks" - Peter O'Mahony
Can you name the first clubs these players went to after leaving Celtic?
SportsJOE 2000s Football Quiz | Round 8
"I have more work done than any player in Ireland" - The Trevor Giles tribute show
You may also like
1 day ago
Baz & Andrew's House of Rugby - Keith Earls joins us for Season Two finalé
4 days ago
"Having one of the best in the world to emulate has been really good"
5 days ago
"As a team, we’re ready to take a trophy home now" - Craig Casey
1 week ago
The brutal training drill every rugby pro has to get through this week
1 week ago
Dave Kilcoyne recalls 'changing of the guard' moment on Munster's team bus
2 weeks ago
Baz & Andrew's House of Rugby - Dave Kilcoyne on his big Munster break
Next Page