Not an Ulster player in sight.

Ireland may have underperformed in the Guinness Six Nations - finishing third - but a host of their rugby players have prospered at provincial level.

Ulster, Munster and Leinster all reached the knock-out stages of the Champions Cup, with holders Leinster making it to the final, in Newcastle, on May 11.

Leinster topped the regular season standings, in the Guinness PRO14, while all four provinces are in the knock-out stages. Leinster await for the winner of Munster and Treviso, in Saturday's quarter final, while Connacht and Ulster face off for the right to meet Glasgow in the final four.

Rugby Players' Ireland has released its' shortlist for Players' Player of the Year and three of the four provinces are represented. 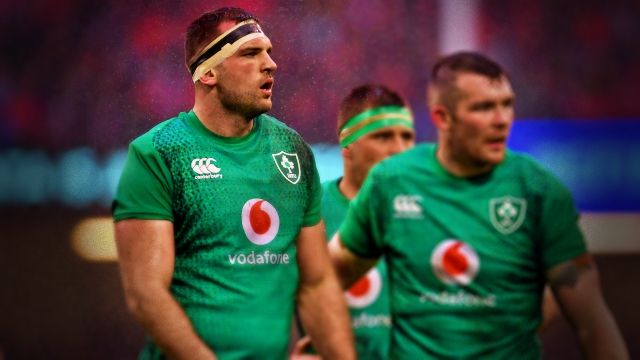 Two are from Munster, with Leinster and Connacht having a player apiece nominated.

END_OF_DOCUMENT_TOKEN_TO_BE_REPLACED

Ulster miss out on the shortlist, with perhaps Marcell Coetzee, John Cooney and Jordi Murphy three of the most entitled to feel upset. O'Mahony and Ryan both picked up their own provinces' award for Players' Player of the Season, so both will be fancied to take home the main prize in a fortnights' time.

popular
The 14 Irish players Down Under as TG4 come up with the goods once again
Roy Keane's first impression of Cristiano Ronaldo proved to be very accurate
The SportsJOE 12 o'clock quiz | Day 290
Jurgen Klopp chases Sean Dyche down Anfield tunnel after half-time fracas
"I kind of decided on Hill 16, 'you're either going to do this or you're not going to do this.'"
Joe Rogan reveals he could be parting ways with the UFC
Fernando Torres has got absolutely jacked since retiring from football
You may also like
3 days ago
QUIZ: You'll need to be a massive Ireland fan to get all these one-cap wonders
1 week ago
Ireland's best uncapped prospects for the Guinness Six Nations
1 week ago
Darren Cave tells House of Rugby about one part of rugby he definitely doesn't miss
1 week ago
"He's ruptured his hamstring off the bone and he’s trying to get up into the defensive line"
2 weeks ago
"I got the scan and it was literally broken in half" - Ciara Griffin on her first Ireland training session
1 month ago
"I don’t know what his problem is with me" - James Lowe on Liam Williams clash
Next Page