"CJ Stander, for all his praise, could have got carded a lot earlier that that"

"Nothing has changed. I don't see any changes yet."

Two wins from two, some attacking wrinkles, less box-kicking and three of Ireland's five tries coming from their backline. Still, Mike Tindall is not convinced. The former England captain also has issues with CJ Stander and Ireland's work around the breakdown.

END_OF_DOCUMENT_TOKEN_TO_BE_REPLACED

The 2020 Guinness Six Nations is on a weeks' break after the opening two rounds of action, shelled chances, excellent attacking play, full-on defence and a heartening French revival. Les Bleus are top of the standings with Ireland in second, although both have tough away fixtures in round three.

On the latest episode of House of Rugby UK, host Alex Payne ran the rule all of the championship goings on with James Haskell and Mike Tindall.

Having criticised Ireland in 2018 and 2019, on the show, Tindall had no hesitation in going three for three.  The former England captain is not a fan of what he perceives to be Ireland's forwards- and kick-heavy style and he is reluctant, for now, to heap praise on new coach Andy Farrell and his charges.

Asked by Payne if he had seen much of a change from Joe Schmidt to Farrell, after Ireland's 24-14 victory over 2019 Grand Slam champions Wales, Tindall demurred. He feels Scotland were 'the better team' in their 19-12 loss to Ireland and adds that Wales 'played the better rugby when they had the ball' at the weekend.

"Their inability to exit from their own 22 - and give Ireland shots at them from inside [the Wales] 22 - led to them being ground down. Drive, pick-and-go, pick-and-go. For Jordan Larmour's try, it was poor defence but a good finish."

"They have changed a few things," Tindall added. "Instead of always doing the runaround, they occasionally do the pass out the back. With George North defending as bad as he did at the weekend, they could have gone down his channel all day and made yards."

Tindall would have preferred to see Ireland running the ball more rather than 'box-kicking 30 metres out from the Wales line'. It must be noted that Barry Murphy tracked all of Ireland's kicks from hand against Wales and stated that only one was an out-and-out box-kick. Ireland mixed up their kicks with grubbers, punts, touch-finders and long-rangers.

The 2003 World Cup winner spoke highly of Ireland's defence but does feel many of their players were on, or over, the line when it came to offsides and the breakdown. 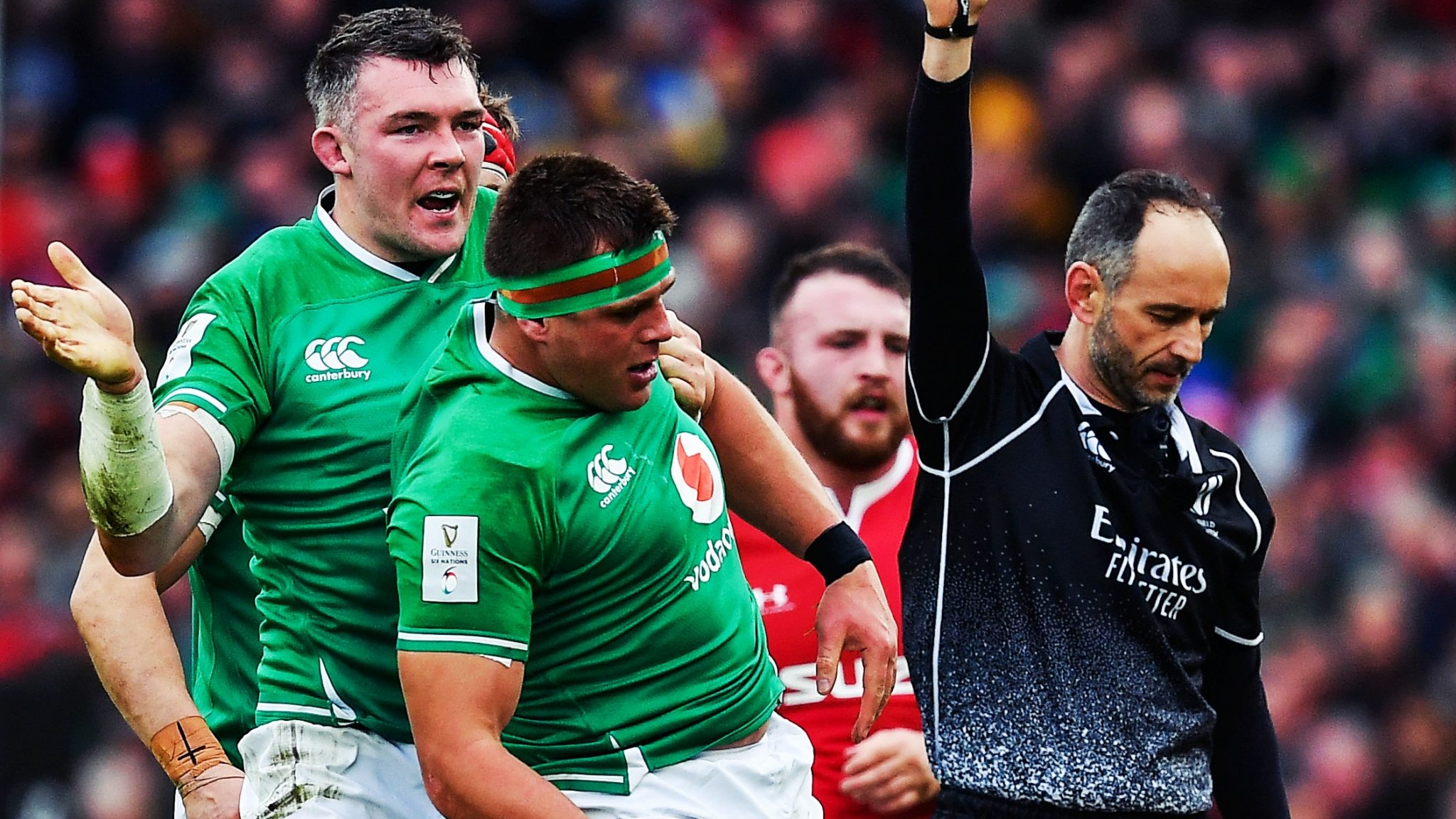 END_OF_DOCUMENT_TOKEN_TO_BE_REPLACED

"They're still, defensively, very good," said Tindall. "I would like referees, in all games, to referee the offside line? I'm not saying that Ireland were just offside. Everyone is offside at the moment. In that England game, Maro is never onside. Can we just get someone to ref the offside lines so the attacks have a chance or actually getting more than two passes away.

"And what Ireland do so well is pushing the boundaries at breakdown time and not getting reprimanded. How they didn't get... I've got this big bug-bear about supporting your own body weight to let people clear you out, but no-one does it. They let it go.

"I mean CJ Stander, for all his praise, he should have got a yellow card in the first game [against Scotland] and he got one against Wales, late on, but he could have got carded a lot earlier than that. I did hope for this great Six Nations with everyone coming into form but it's not really turning out like that."

Haskell was very impressed with the breakdown woes Stander and O'Mahony caused the Welsh in their Dublin encounter. "I think CJ's brilliant. When he first came on the scene, we all knew him as a real wrecking ball.

"I played against him a couple of times but it's only when I saw him first-hand, and as he has got better and better, he's got such an ability to carry, and suck those runners in. Getting 20-odd carries a game, and his ability over the ball is something he's really developed. He's a big man and he's very difficult to shift. He knows exactly when to compete."

Contrasting views on the pack of the Irish pack's talisman. With Farrell bringing his side to Twickenham for a February 23 encounter, you can bet Stander will be watched like a hawk.

Alex Payne is joined in the House of Rugby UK studio by James Haskell and Mike Tindall. They discuss all the Guinness Six Nations goings on, 'Bottle Gate' at Murrayfield, CJ Stander and Ireland's glacial changes, and talking "sausages" in interviews.