"Dean very much allowed the younger guys to get stuck into the older lads."

Mike Brown has been one of the most consistent, and deadly, fullbacks in English rugby over the past 15 years. He puts a lot of his early success to his tangles with Connacht legend Gavin Duffy.

Brown was only 19 when he made his senior debt with Harlequins, and he would go on to make a staggering 340 clubs appearances and score 500 points [100] tries for the club. He has 72 Test caps with England and was a mainstay in the early years of the Eddie Jones reign, helping his country to two Six Nations titles, one of which was the 2016 Grand Slam.

END_OF_DOCUMENT_TOKEN_TO_BE_REPLACED

The guy that stood directly in Brown's way, when he first arrived from Melksham RFC, was Duffy. The Ballina native had signed for Harlequins in 2003 after turning down an offer from Munster, who had signed All Blacks fullback Christian Cullen. As it turned out, Duffy may have established himself as a long-term Munster No.15 as Cullen's time in the province was plagued with injuries.

On House of Rugby [LISTEN from 11:00], Brown spoke about the tips and support he received from Duffy when he was first coming through at Quins. 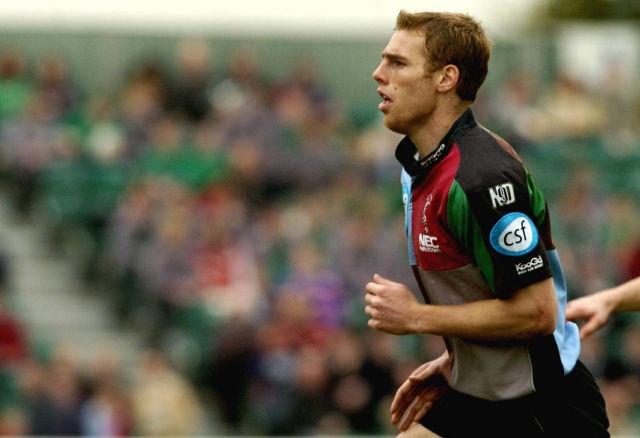 Mike Brown on his early battles with Gavin Duffy

END_OF_DOCUMENT_TOKEN_TO_BE_REPLACED

Duffy had just turned 22 when he made his Harlequins debut, and he did not take long to become a regular in the XV. He helped Quins to the Challenge Cup in 2004 and had the uneasy, but necessary, task of seeing off Connacht in the semi-finals, on the way to that trophy triumph.

He was four years and about 80 senior appearances ahead of Brown when the confident young fullback linked up with the Quins squad. The club had been relegated from the Premiership in 2005, but Duffy stuck around to help them get back to the top division. Brown recalled:

"Dean Richards was in charge at the time, and Dean very much allowed the younger guys to get stuck into the older lads.

"Gavin Duffy was the man in the 15 shirt at the time and I was this hungry, young guy that was getting riled up by Dean before every session. He wanted us to get stuck into those older guys, especially as we were going down to Division One, the Championship now, that season. He wanted to see if they wanted it, and if we really wanted it, and wanted to get that shirt. We were massively competitive, as academy players, to do that." 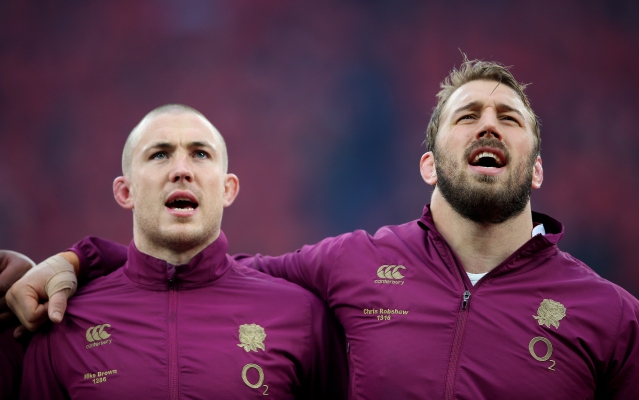 It is a well-worn path, whenever an Irish player makes a great aerial take, to suggest they must have played some GAA, growing up.

In the case of Duffy, that was very much the case. He was part of a Mayo team that played in the All-Ireland Minor Football Final, in 1999, and he was part of the senior panel, after he hung up his rugby boots, for the 2014 championship.

"Gavin was great with me, though," said Brown. "Back then, I was terrible at the high ball. Deano and his coaching staff told me, in no uncertain terms, that I would never play for them unless I sorted myself out under high ball situations.

"I knew how good Gavin was with the high ball, and his Gaelic football background. I'd just watch him under high balls. It was one of his strengths. I just tapped into his knowledge and expertise on that.

"He would take me for one-on-one sessions after training, and stuff like that, to help me do that. Now that is a massive part of my game. And if it wasn't for him, being willing to do that, I wouldn't be in the position I am today. I owe him a lot, in terms of those high ball skills."

In practical terms, Brown says Duffy thought him about his hand placement - hands being above the eye-line - before he caught high balls, and quickly bringing the ball into his chest.

"I still give that advice, that Gavin gave me, to young back three players now. They have often never been taught that, which is incredible."

Such was Brown's impact in his first senior season, helped no doubt with advice from the older fullback, that Duffy returned to Connacht in the summer of 2006. He would go on to play another 154 times with his home province, including a couple of tight European duels with Brown and Harlequins.


popular
World Cup 2022 Day 14: All the major action and talking points
From Ireland to Argentina: Alexis Mac Allister's Irish roots explained
Shay Given on how far Ireland could've gone at the 2002 World Cup with Roy Keane in the team
Ronaldo finally reveals why he got that hideous haircut
New released footage shows controversial Japan goal against Spain was right to stand
Positive update on Pele's condition as messages of good-will pour in
"Nowadays, even if I don't hit a ball, I don't care as long as we win" - Gleeson learning from the past
You may also like
1 week ago
"Two Irish players are best in the world" - Rugby reacts to big Josh van der Flier and Terry Kennedy awards
1 week ago
Two baffling omissions as four Ireland stars make World Rugby 'Dream Team' of the Year
1 week ago
Josh van der Flier claims World Rugby Player of the Year at Monaco ceremony
1 week ago
"Highlight of my Ireland career" - Behind the scenes as Jack Crowley and Ross Byrne covered for a legend
2 weeks ago
Bundee Aki reminded us all of his best qualities, on a night Ireland couldn't do without him
2 weeks ago
Peter O'Mahony delivered some fitting Jack Crowley comments after surprise Test start
Next Page