Michael Cheika was under a lot of pressure heading into Australia's Test Series against Ireland but he had his team primed for war.

The Wallabies tore into Ireland from the get-go and overcame some discipline and lineout issues to stretch away for an 18-9 victory in Brisbane. 1-0 up in the three-Test series, Cheika is expecting Ireland to call back some big names for next weekend in Melbourne.

The former Leinster head coach was good enough to chat to local broadcaster FOX Sports during the second half of the match, and many viewers spotted the lucky charm [a golden, waving cat] right behind him.

Speaking to Channel 10 after the game, Cheika gave the mystery cat's back-story:

"The coaches always go out during the week for a Chinese feed somewhere and there’s always one of these Maneki-neko in the background.

"We’ve got a little collection brewing. We’re not superstitious in any way!

"They’ve been travelling with us for a bit now ... you just haven’t seen them. We’ll probably hide them again now you’ve seen them."

The Maneki-neko is a Japanese figurine that is said to bring good luck to the owner. 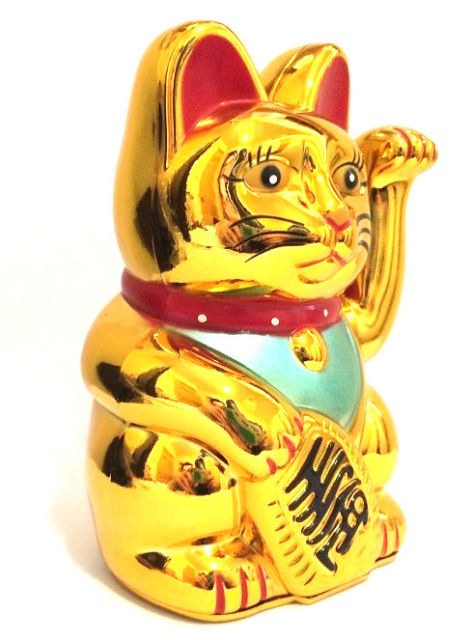 Cheika and his coaching staff will definitely be packing the Maneki-neko into their luggage before the Second Test in Melbourne.


popular
The four stone-cold certainties for All-Stars even as early as this
Footage emerges of Erik ten Hag reacting to Man United target Tyrell Malacia
Eamon McGee just couldn't help himself with Armagh-melee tweet
Gavin Coombes one of four Irish players to push themselves into Test picture
Kylian Mbappe reportedly wants PSG to sell Neymar
"He's actually smiling putting the ball over the bar. He should nearly be fainting." - Ryall on Limerick's legacy
"The economy was one of the big reasons" - Cadogan's move from an electrician to personal training
You may also like
5 hours ago
Bundee Aki understandably emotional, as Ireland pay moving tribute to late Sean Wainui
7 hours ago
Full Ireland player ratings after Maori All Blacks teach us an early lesson
23 hours ago
"We could lose all five games" - Darren Cave with a rare take on Ireland's chances
1 day ago
Mike Lowry and Peter O'Mahony in First Test contention as Ireland shuffle deck
1 day ago
"Significant" knee injury ends Iain Henderson's tour of New Zealand
1 day ago
Ireland include plenty of new faces in team to face Maori All Blacks
Next Page