Ahead of the final leg of the HSBC World Rugby Sevens Series, Megan Williams gives us the inside track from the Irish camp.

"We’ve landed in France to compete in the final leg of the series, held in Clermont-Ferrand. For us this will be a very important weekend, as it’s the next major competition, before the Euros to set us up for the global Olympic qualifying tournament which takes place on June 25th-26th.

Following this weekend's results we will be seeded based on where we finish. Ireland are currently 12th, with Spain holding 9th place and Russia in 6th. Should we finish the weekend in similar spots, we will be placed in Pool C alongside China, Portugal and Trinidad and Tobago. 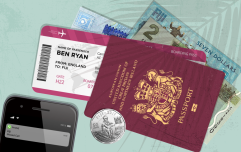 END_OF_DOCUMENT_TOKEN_TO_BE_REPLACED

We have been building things up and training hard over the last few weeks. As a team, we are fully refreshed and ready to go.

After a long travel day yesterday, today we needed a good blow out to get rid of the heavy legs from the plane journey, which is exactly what we did.

We asked Kenya to join us for a game of touch which benefited both of us. Kenya make their world series debut this weekend and were more than willing to play. I’m looking forward to seeing them in action this weekend. 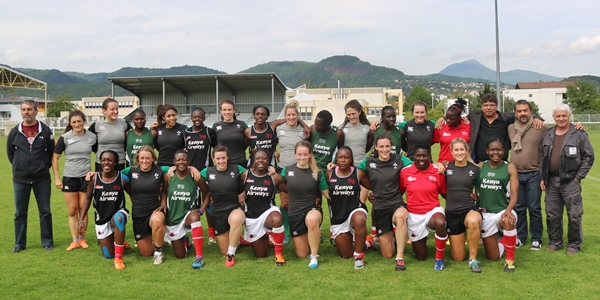 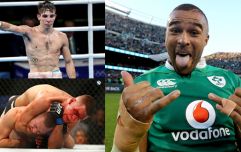 END_OF_DOCUMENT_TOKEN_TO_BE_REPLACED

There are two changes to the squad that competed in Atlanta and Langford. Susan Vaughan and Aoife Doyle are no strangers to this level of rugby, having made their world series débuts in 2014.

Competition for places has been very competitive, with a fully fit squad to choose from. Aoife and Susan have truly earned their spot on this team, putting in tremendous work to get fit after injuries that have given them so many set-backs.

To make it back into the squad at this stage is a testament to the fight they both have. The experience and work-rate they will bring to the squad this weekend will indeed inject a bit of spark into the team. I can’t wait to see them put the green jersey on again. 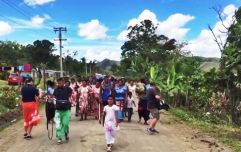 WATCH: The homecoming for Fiji's Olympic heroes was truly stupendous

END_OF_DOCUMENT_TOKEN_TO_BE_REPLACED

We have been drawn in Pool C - all games streamed on World Rugby - and take on France first, who will be looking to put out a huge performance in front of the home crowd. They are such a physical side that are always looking for the big hits. A team we are well able to compete with.

Australia bring a clinical edge to the game, they know what they are good at and that’s what they concentrate on.

They are focused on putting on a display on their way to taking the 2016 World Series title this weekend. Saying that, there is a win up for grabs if we are absolutely ruthless, take chances and get points on the board. That would sure knock the crown off their heads. 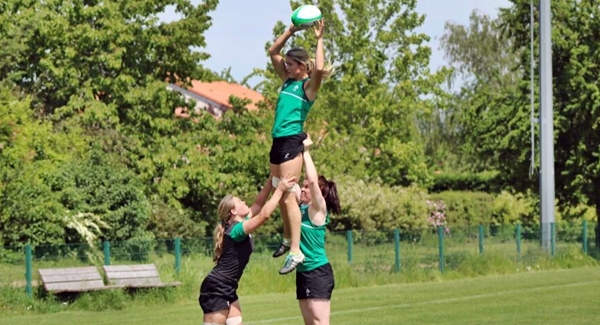 We know exactly what to expect when we play them, however, we must be at our best to beat them, anything can happen in Sevens that’s what is so great about being underdogs.

Fiji will be our final game, on Saturday. They are always be a tough side to play against and their unpredictable style of play is difficult to defend. We have played Fiji many times in previous tournaments that we now have better understanding of how to play against this side.

Since returning from Atlanta and Langford we have been very focused on these teams at training so we will be looking to finish on a positive note on the first day.

This is who we are

As a team, we don’t want anything less than a 9th place finish. The key to making strides here is producing high intensity, physicality, and a focused team performance for 14 minutes. Six times! Because that’s all you get - seven minutes a half to prove your worth with the rest of the time dominated by recovery and preparation.

There are so many variables that can derail those minutes. Some old war wound acting up. Emotionally, how are feeling? Something festering on your mind? That missed tackle the last time you played this team, the dropped ball time before that?

So much to think about each time we step out on to that field, but we won’t let that distract us from the job that’s got to be done. Ireland haven’t managed to get the results as often as we would have liked this season. 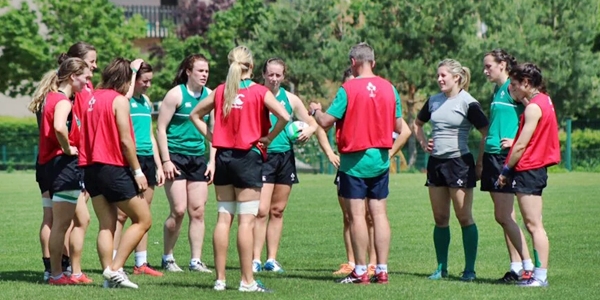 Like any team we have had some outstanding games and some poor games but this weekend is time to put all that experience good and bad into practice be a little more clinical and go for that silverware we crave.

Elite athletes don’t play sports because it's fun. Trust me - ask any athlete - but they couldn’t imagine their life without it. It is part of them, the love/hate relationship. It's what they live for. They live for the practices, the hours spent in the gym, the cheers, long bus rides, tournaments, countless pairs of different types of shoes, water, sports drinks, the bruises.

They live for the competition, they live for the friends, the practices, the memories, the pain, the chance to do something not many people get to experience in life is to put on that green jersey and represent your country, it's who they are. It's who we are.


popular
"Every team did it!" - Paul O'Connell on Roy Keane comment to Ronan O'Gara that he couldn't deny
Everton release brutal 59-word statement to confirm Anthony Gordon departure
CCCC order replay of All-Ireland club football final
"It's crazy to think Bundee Aki might come straight in and start against Wales"
Ireland set for 82,000-seat World Cup opener as Arsenal reject huge Katie McCabe bid
Owen Farrell praises Johnny Sexton in revealing interview ahead of Six Nations
Five confirmed changes and guidelines to have big impact on 2023 Six Nations
You may also like
1 year ago
Katie Taylor's 2016 Rio defeat deserves further investigation according to corruption report
1 year ago
Boxing investigation finds at least seven suspicious results at Rio Olympics
4 years ago
Mick Conlan reveals Instagram message from man who robbed him of Olympic medal
5 years ago
Michael Conlan's embracing the lowest point of his career and making it his own
6 years ago
Ireland loses Olympic sailor Saskia Tidey to Team GB ahead of Tokyo 2020
6 years ago
It seems there was just one problem with O'Donovan brothers' appearance on Graham Norton
Next Page