It must help when you have Matt Giteau, Adam Ashley Cooper and Israel Folau to work with.

This has a oval-shaped Moneyball feel to it.

Cathal Garvey was working as a business analyst with the Australian Rugby Union in 2014 when he managed to talk himself into a job closer to the action.

END_OF_DOCUMENT_TOKEN_TO_BE_REPLACED

The former U.L Bohemians player had his playing career ended in 2008 after he sustained a neck injury while playing for Wanderers. He travelled to South America for a time before, in 2011, settling Down Under.

Garvey, who played underage rugby at Munster with the likes of Tomás O'Leary and Donnacha Ryan, shared an office with then-Wallabies coach Ewen McKenzie.

Through water cooler conversations with 'Link', the Limerick native was offered the chance to work as a video analyst for that year's Rugby Championship.

A little over a year on and he will join the likes of Michael Cheika and Stephen Larkham in the Wallabies coaches' box for the World Cup final. 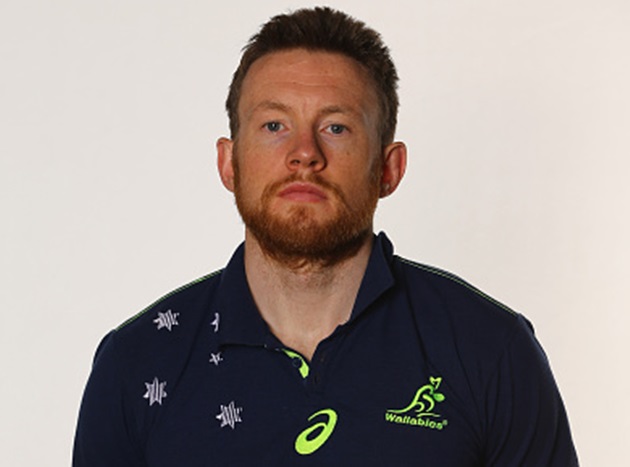 Garvey spoke with The Limerick Leader, late last year, when Australia toured Ireland as part as the Guinness Series.

"You really see the game in a new light when you get into the fine detail of it," he said.

"There is so much analysed. There are a lot of different aspects to my role - anything from recording, cutting and studying training to test match previews and reviews, both team and individual focused."

"Michael Cheika has been great to work with. You learn a lot from each coach you work under, and Michael’s passion and enthusiasm has been infectious," he added.

END_OF_DOCUMENT_TOKEN_TO_BE_REPLACED

Garvey's analysis has helped Australia see off all comers at the World Cup. Thanks to his insight, Australia cut through England's square-peg-round-hole midfield and, on Sunday, had Argentina's number.

Knowing that los Pumas were keen on running the ball out of their 22, they pressed their defensive line high up. It led to Rob Simmons' breakaway try, after 70 seconds.

Later, with Argentina trying to replicate their line-speed from the Ireland quarter-final win, Adam Ashley Cooper got two of his hat-trick of tries thanks to looping, cut-out passes that took two and three Argentines out in one move.

This Saturday, Garvey must come up with similar plans, and plays, to unlock a mean New Zealand defence.

All week, the Irishman will try to do what none of his countrymen have ever managed [at Test level] to do - come up with a plan to beat the All Blacks.

It will be a fascinating watch.


popular
Man United could be blocked from playing in the Champions League next season
Ireland team vs. France: Form players rewarded and a welcome return
French media's opinion of this Ireland team becomes clear as vital clash nears
Clive Woodward happy to 'eat humble pie' after bold comments about Ireland
Eight players to watch in tonight's Sigerson Cup semi-finals
"I should have been more mature" - O'Sullivan's injury trail a cautionary tale for Sigerson casualties
Lionel Messi makes decision on Barcelona return
You may also like
3 years ago
"It was a complete and utter shock when Joe's name came up on my phone" - Devin Toner
3 years ago
Sinckler a stand-out, but more consistency needed - Flannery
3 years ago
"We haven't got a long-term or short-term estimate of when Joey is back" - Stephen Larkham
3 years ago
House of Rugby team agree on seven players in World Cup 'Best XV'
3 years ago
Pieter Steph Du Toit locks down World Player of the Year award
3 years ago
Kyle Sinckler knocked out by Maro Itoje elbow after only two minutes
Next Page