Mark Keohane was never going to take a Springboks defeat to the Lions - a team he summarily dismissed - lying down.

The South African rugby columnist gained some traction, back when Warren Gatland named his Lions squad, by labelling them as 'hobbits' going up against giants.

END_OF_DOCUMENT_TOKEN_TO_BE_REPLACED

On Saturday, in Cape Town, the Lions drew first blood as they staged an impressive second half comeback to beat the Boks 22-17. The Lions got a couple of big calls swinging their way, most notably a Willie Le Roux try that was ruled out and a Hamish Watson tip tackle that did not result i a card for the Scotland flanker.

Still, Springboks' head coach Jacques Nienaber was not in the mood to casts aspersions or apportion blame on referee Nic Berry, T.M.O Marius Jonker or any of the match officials. He commented:

"I completely trust the officials, that is their jobs, they are the professionals in that field.

"They are in a better position and have many angles to look at. Sometimes these calls go against you, as we found out today. In the second half we had three try scoring opportunities, twice we were called back. Those is the small margins in this game."

Springboks Director of Rugby Rassie Erasmus was also gracious after losing the first game in the best-of-three contest.

'No excuses this side,' he tweeted. 'You are far away from home, families and going through same tough covid protocols like we do. Congrats and well deserved!' 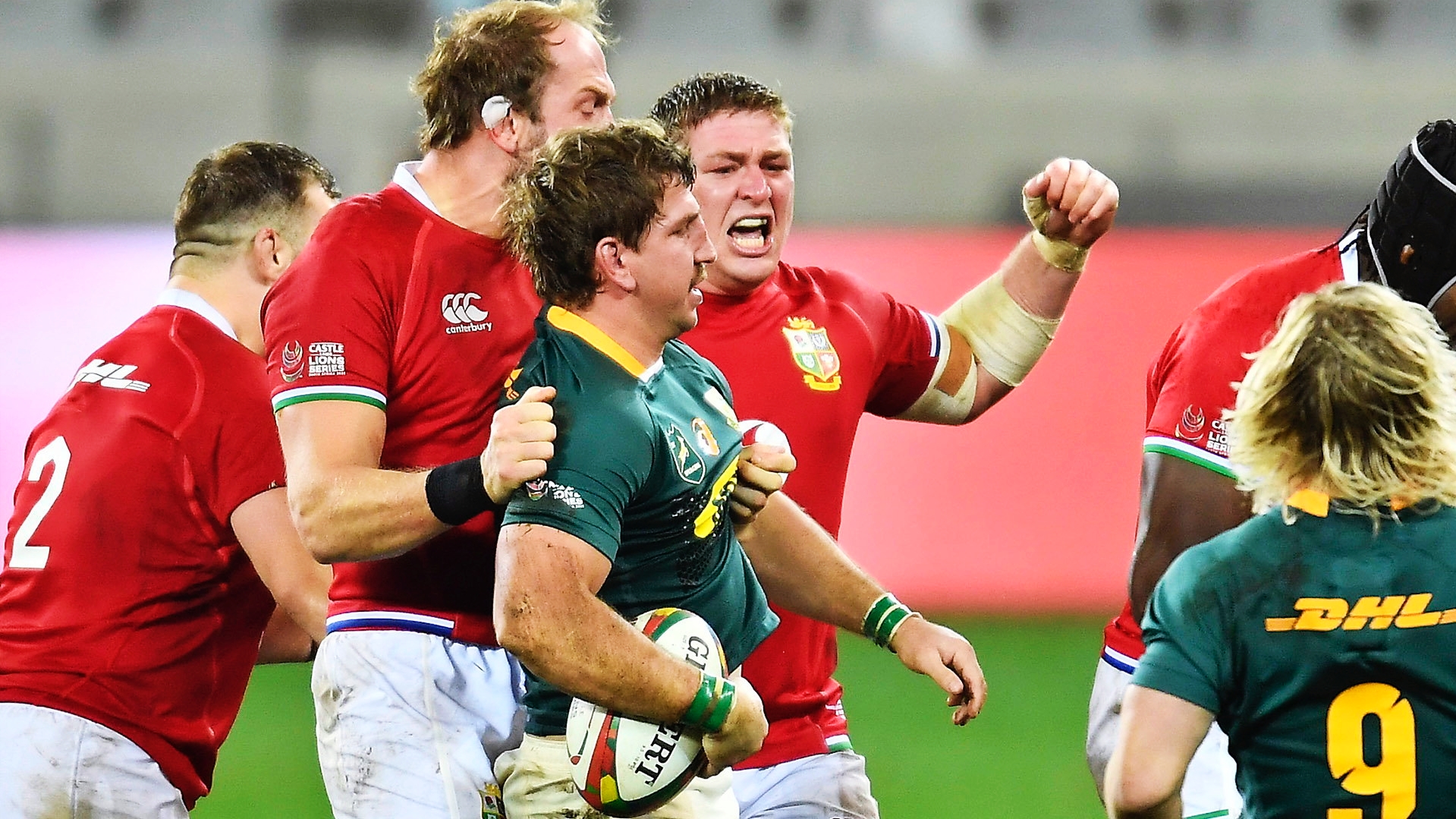 The South African media coverage was, on the whole, balanced and gracious too. Brenden Nel questioned a couple of Berry's penalty calls, but said the Lions' tactics and the Boks second half drop-off decided the contest.

END_OF_DOCUMENT_TOKEN_TO_BE_REPLACED

As for Keohane, though, he threw a wobbler.

He then went on to describe Jonker as a 'despicable pr**k' and signed off a now deleted tweet with an F-bomb. The reason? Keohane felt the Le Roux try should have stood and Watson should have been yellow carded.

The rugby columnist followed up that deleted tweet with an explanation as to why he binned it:

Due to the sensitivity of almost everyone on Twitter, those who were offended with my vitriol of Marius Jonker, had no issue abusing me. However, I appreciate Jonker is sensitive and requires those overseas to appreciate his impartiality, so I am muted on my thoughts on him. XriX

He was a bit more respectful in tone in a post-match column he wrote on the Jonker situation, calling on the South African to be stood down from the TMO role for the Second and Third Tests. He declared:

'Marius Jonker: You should never be allowed near a television set, let alone a rugby field.'

In short, Keohane is not taking this well.


popular
'I was so stressed the week before the All-Ireland and I ended up having a panic-attack' - O'Shea and O'Sullivan open up
Roy Keane's issue with Argentina star could rival Graeme Souness and Paul Pogba
Roy Keane cracked up Ian Wright and Gary Neville with England team spirit remark
Roy Keane takes moment on TV to pay tribute to his old team in Cork
The nine England World Cup footballers who could have played for Ireland
Lionel Messi makes Gary Neville eat his words after "silk pyjamas" comment
Roy Keane shoots down ITV presenter's 'excuse' for England's draw with USA
You may also like
5 days ago
"Two Irish players are best in the world" - Rugby reacts to big Josh van der Flier and Terry Kennedy awards
6 days ago
Two baffling omissions as four Ireland stars make World Rugby 'Dream Team' of the Year
6 days ago
Josh van der Flier claims World Rugby Player of the Year at Monaco ceremony
6 days ago
"Highlight of my Ireland career" - Behind the scenes as Jack Crowley and Ross Byrne covered for a legend
1 week ago
Bundee Aki reminded us all of his best qualities, on a night Ireland couldn't do without him
1 week ago
Peter O'Mahony delivered some fitting Jack Crowley comments after surprise Test start
Next Page