"It was an unreal experience... I'll never forget that" - Malakai Fekitoa on how Munster already won his heart

"I'm excited to make a difference. That's my whole mind-set, everywhere I go. I want to make an impact."

Malakai Fekitoa could have easily won over 50 caps with the All Blacks, and signed off with another tilt at a World Cup, but he was keen to kick-start his club career in Europe.

Identified as a potential long-term successor to Conrad Smith, Fekitoa was part of the World Cup-winning squad of 2015. He had his sights set on the British & Irish Lions tour to New Zealand, but his move to Toulon was flagged in advance. He helped Highlanders beat the Lions' midweek side then returned to the Test squad for the 15-15 draw that saw a thrilling series end level.

END_OF_DOCUMENT_TOKEN_TO_BE_REPLACED

It was 24 caps and out, but Fekitoa left with that World Cup winners' medal and two Rugby Championship titles. He went to Europe to play for big clubs and help them to trophies, too. In the past five seasons, though, that has not transpired. He has played over 80 games for Toulon and Wasps but it feels like a long time since he last lifted a trophy - 2016's Rugby Championship.

Out for four months, Fekitoa returned to the Wasps fold in January and only had a game and a half played when he "popped" a rib against Exeter Chiefs.

He hopes to be able to play a big part in Wasps finishing the season strong. They are in the Challenge Cup from the 'Last 16' stage and although they are eighth in the Premiership, they are only five points off third placed Harlequins. When the season wraps, all thoughts turn to Munster.

"As a player," he says, "I've been around the world. I've played in France for a couple of years. I've enjoyed and loved the Top 14. I've been here in England for a couple of seasons and have loved it, too. I've made some good friendships with the guys, and enjoyed my time off the field.

"Around December, I knew I had to make a decision on my future. Munster came up. I've always watched things on social media and have been following the URC - great highlights and so many good players. I wanted to try it.

"So Munster came up, on the table. I spoke to my agent and said, 'This could be something we could look at, first'. They're a massive club, big history and they've won many times around Europe as well. I always wanted to be part of something like that. At some point in a player's career, you want to win something. It has been a while for me since the last time I won. I'd like to be part of a team pushing for that." 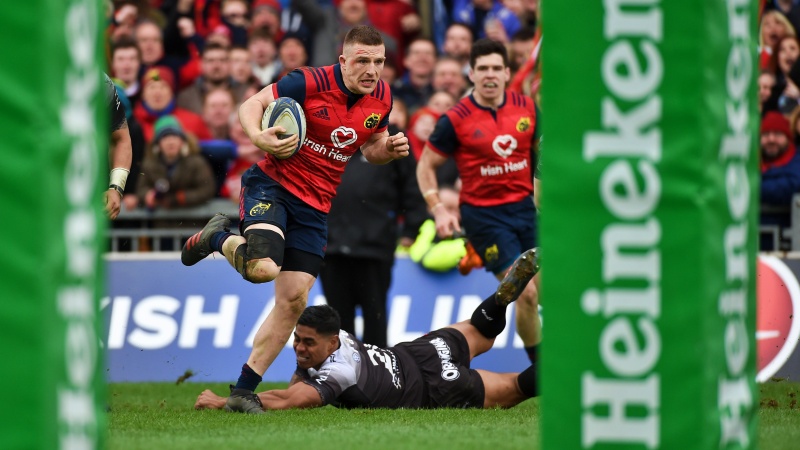 Andrew Conway of Munster gets away from a diving Malakai Fekitoa on his way to scoring his side's match-winning try against Toulon. (Photo by Diarmuid Greene/Sportsfile)
Advertisement

'I've never seen anything like it' - Fekitoa on Thomond Park experience

END_OF_DOCUMENT_TOKEN_TO_BE_REPLACED

Whenever he lines out in Munster red, next season, it will not be his first time taking to the field at Thomond Park.

In March 2018, he lined out for Toulon against Munster in a Champions Cup quarter final that looked to be going the French side's way until the last dregs of action. Chris Ashton's converted try and two Francois Trinh-Duc penalties had Toulon 19-13 ahead until Andrew Conway scorched in a try from 40 metres out, and Ian Keatley held his nerve to convert.

"Honestly it was one of the best experiences," Fekitoa recalls. "Close to Test match rugby - sold out, fans were really into the game and singing. I've never seen anything like it.

"I'd came over from New Zealand so that was the first [European] game of the season for me, at the time. It was unbelievable. It was an unreal experience for me, and I'll never forget that. Making those decisions now [about moving], that helped, and made it a bit easier for me.

"I also worked closely with Cozzy [Ian Costello] at Wasps. He has helped me a lot with my game, and understanding myself as well. We have a good relationship, and it helps with him being over there now. It was an easy decision, in the end." 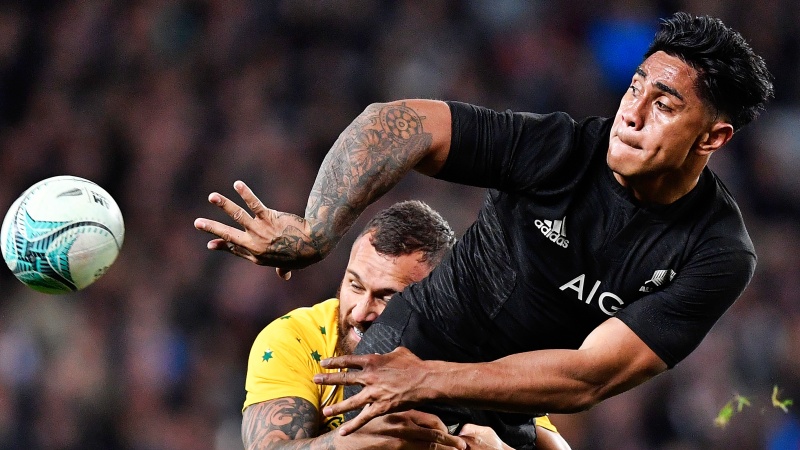 Fekitoa puffs his cheeks out as he lists off some of the "unbelievable talent" he will be teaming up with, at Munster, next season. "Some of them are the greatest players to have ever played the game for Ireland," he declares.

"They've been around for a very long time, and I wanted to add something to that... having those guys around me will only help me to grow as a player, and a person as well."

During the interview, we mention the likes of Zebo, RG Snyman, Conor Murray, Tadhg Beirne and Keith Earls, but Fekitoa focuses on a player he will no doubt play many games with over the coming seasons.

"You look at Chris Farrell, in midfield. He's been around. He's a big boy, very talented. I've seen him being very aggressive in defence. Ball-in-hand, he's very, very good. I would like to be in there with him, and Rory Scannell too. He's been in and out with Ireland, but he's another guy that is a great talent. And you look at the wingers, too, and their speed is phenomenal. I want to be around those guys too. Hopefully we can play some exciting rugby."

Fekitoa says he did ask questions of himself before the deal was agreed upon, as Munster will be changing head coach, attack coach, defence coach and maybe more, over the summer.

Graham Rowntree is sticking around, but it is all change at the southern province. There have been discussions, though, and he is aware of a couple of strong coaching names that Munster are looking to have in place for 2022/23, and beyond.

Born and raised in Faleloa, on a chain of small Tongan islands called Ha'apai, Malakai Fekitoa moved to New Zealand as a teenager when he was offered a rugby scholarship to attend Wesley College.

The Auckland school has had the likes of Jonah Lomu, Sitiveni Sivivatu and Charles Piutau on their books. They gave Fekitoa the platform and he launched himself from there. Still, he always held that desire to one day represent his native Tonga.

That chance arrived through Sevens rugby, but the 29-year-old is now cleared to play 15s for Tonga, if they so need him. Much of his family remain Faleloa, as well as childhood friends, so he was horrified when the islands were caught up in a tsunami in mid January of this year. At present, the death toll is officially three, but another 13 are reported as 'missing'. There was over $90million worth of damage done, across the country, and it took a month to restore power for most inhabitants.

Fekitoa has been doing all he can to raise awareness of the tsunami crisis in his home-land, and both Wasps and Six Nations Rugby made sizeable donations.

"It's honestly amazing to see," he says of the fund-raising efforts. "That's the great thing about rugby. It's a family sport, if you know what I mean. You see the rugby community coming together for other disasters, and this is no different.

"I wanted to use my platform to help out," he adds, "and use the media to highlight how bad it all was. With the communications being down [in Tonga], I was trying many times to call home... but you learn in rugby to control the controllables. What I could try to control was through creating awareness and hopefully, in a way, that would generate support. It was crazy to see the support we got, overnight, especially from so many people in the UK."

Through his own fundraising efforts, Malakai Fekitoa was able to take in £64,000 to go towards relief for those affected in Tonga. Wasps added another £16,000 and donations are still coming in.


popular
"This game is going to get abandoned" - Mass brawl between Kilcoo and Burren results in six red cards
"He'll have the best seat in the house" - emotional Mageean pays tribute to late great Kiernan after the race of her life
Quiz: Which player has scored more goals for Ireland?
Teddy Sheringham says Roy Keane didn't speak to him for three years at Man United
Court hears cringeworthy poems Ryan Giggs wrote to his ex
Your guide to a huge weekend of sport and how to watch it all
"Or is she? Or is she" - Greg Allen's frantic commentary perfectly captures Louise Shanahan's outstanding run
You may also like
1 week ago
"Everything’s done for you" - Eddie Jones on how private schools influence English rugby
1 week ago
Faf de Klerk knocked out after horror collision with knee of All Blacks winger Caleb Clarke
1 week ago
"We'll support him in any way we can" - Wallabies captain Michael Hooper backed for brave mental health decision
2 weeks ago
At a time when rugby needs genuine characters, Naitoa Ah Kuoi could not have timed it better
2 weeks ago
Eight Ireland players make final cut in 'World Class' 33-man squad selection
3 weeks ago
"There's no magic wand. A lot of it starts and finishes with hard work" - Ronan O'Gara
Next Page