"I don’t think anyone is at the level they’re at... That was outrageous!"

Each and every British & Irish Lions Tour provides the time, space and opportunity for some new, lasting and, sometimes, unlikely friendships. Such is the laid-back nature of Tadhg Furlong, he is sure to be involved in a few blossoming bonds.

The Leinster and Ireland prop was right in the mix with the front row crew on the 2017 Lions Tour and is looking forward to renewing acquaintances with the likes of Mako Vunipola and Jamie George again.

No matter what happens on this upcoming tour to South Africa, though, Furlong doubts any players will reach the bromance levels achieved by Anglo-Irish pairing James Haskell and Sean O'Brien. Furlong told us:

"I don’t think anyone is at the level they’re at. But, obviously, the front-row are the weird bunch in the corner eating food and get on quite well together in our own weird little way. So yeah, a lot of the front-row boys I would be quite close, but nothing to the level of Seanie and Haskell. That was outrageous."

While Haskell and O'Brien were squabbling over care packages and chocolates sent over from home, and recording Superman video skits with Kiwi policemen, Vunipola and Furlong were bonding in their own, front row way:

Asked about the Saracens and England prop, ahead of the 2019 Champions Cup Final, Furlong told reporters:

"I got on well with Mako, he’s a good craic. I got stuck in a room with him a few times, which I enjoyed. Most of the time he was asleep so I did not get much chat out of him. He’s an horrendous snorer, so it can be tough that way with him."

On the latest House of Rugby episode, Vunipola joined host Lee McKenzie and his Saracens teammates Alex Goode and Schalk Brits to give his take on his latest Lions call-up, Saracen's scrap for Premiership promotion and a trip to Vegas with Tadhg Furlong.

END_OF_DOCUMENT_TOKEN_TO_BE_REPLACED

While the trio of Saracens lads all spoke fondly of the lush away trips - to ski-fields and music festivals in America - the club provided for them, over the years, Vunipola holds a Las Vegas trip with some of the Lions lads right up there as a challenger. 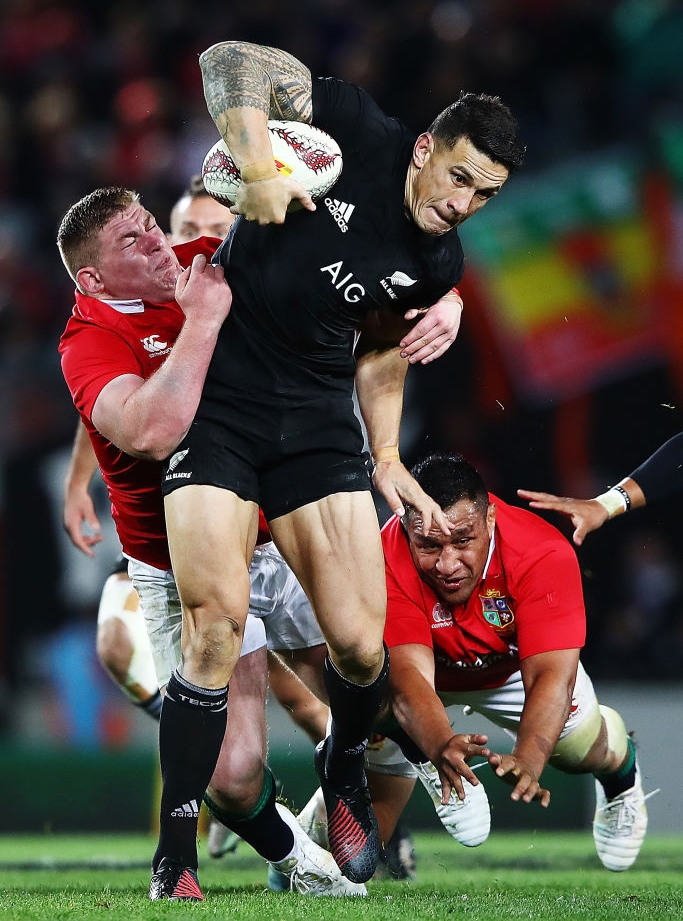 Reminded of that epic trip to Vegas, after the Lions drew their Test Series 1-1 with the All Blacks in 2017, Goode asked Vunipola to list the crew.

"It was myself and Tadhg, Toby Faletau, Anthony Watson, Kyle Sinckler, Maro Itoje and Jonathan Joseph. Ben Obano joined us, a few days after.

"It was a good crew. Tadhg was a little bit [exhales], he stuck out like a sore thumb, a bit! He was good craic, to be fair to him."

Asked if the gang were trying for a version of 'The Hangover, Part 4', Vunipola replied, "We tried but I think Vegas got the better of myself anyway!"

"It will be good to catch up with Tadhg and see how he is," he added. "Obviously, when you play against him, you have a catch-up after the game. It would be good to spend some time, hopefully and see how he's getting on.

"It's a bit different now. We're a little bit older than we were, back four years ago. I don't think we'll be going to Vegas again!"


popular
You'll be doing well to get 20/20 in this 2000s Gaelic footballers quiz
Jamie Carragher recalls time he deliberately went after Liverpool teammate in training
Peter O'Mahony riled by "petulant s**t" as Munster toasted by Dragons
Grim injury news for Seabelo Senatla after Bundee Aki's red card clear-out
55-year-old County Cork athlete beats Kaka in Berlin marathon to remember
The FootballJOE Pub Quiz: Week 55
The return of Paul Mannion and Jack McCaffrey proves that Pat Spillane is wrong about split season
You may also like
3 days ago
Bundee Aki angrily confronts referee on-field after red card tackle
6 days ago
"Insane" Johnny Sexton has driven this Ireland team to a whole new level - Tommy Bowe
1 week ago
AJ MacGinty and a Pat Lam promise from that was kept, six years on
1 week ago
"He would have been a phenomenal rugby player" - Jack Carty on Michael Murphy
1 week ago
Damian de Allende and Colm Cooper shared the same pre-match routine, and it worked wonders
1 week ago
"He's eating four steaks a night" - Ireland stars dish dirt on teammates and reveal weirdest rugby diets
Next Page