Injuries and Covid disrupting plans for both sides before a ball has been flung.

Irish rugby supporters woke up to a raft of news from the national team's summer tour to New Zealand. Mack Hansen, Rob Herring and Iain Henderson all look to be out of First Test contention.

There are Covid positives in the New Zealand camp, too, with head coach Ian Foster and assistant John Plumtree isolating from their players and staff. With the ABs short in the coaching department, former Ireland head coach Joe Schmidt will take over the running of the side, ably supported by Foster's other assistant coaches.

Back to the Ireland camp, though, and they already have a player flying to New Zealand as injury cover. Connacht winger Mack Hansen has tested positive for Covid, too, and is isolating. A statement from the IRFU reads:

'The Ireland squad continue preparations at North Harbour Stadium in Auckland ahead of the opening tour fixture against the Māori All Blacks, in Hamilton, on Wednesday. Iain Henderson and Rob Herring both picked up knocks in training on Saturday and will be scanned today (Monday) in Auckland.

'Munster’s Niall Scannell has been added to the squad to provide additional cover at hooker.  Niall will arrive in New Zealand on Tuesday morning. Mack Hansen tested positive for Covid and has been isolated from the rest of the squad.' 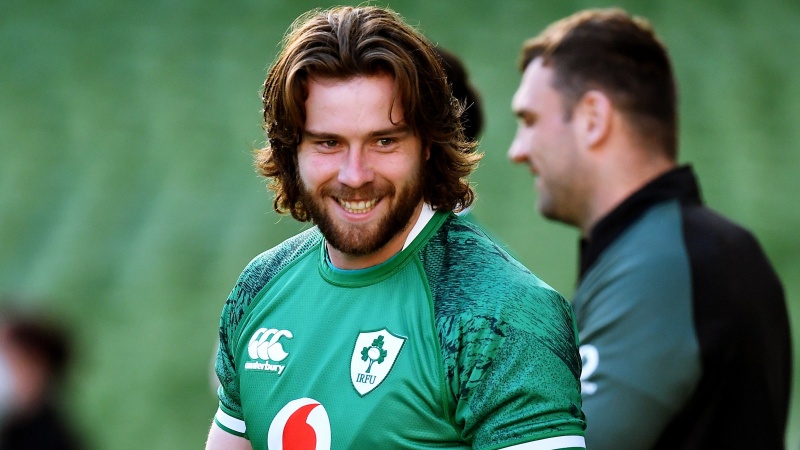 END_OF_DOCUMENT_TOKEN_TO_BE_REPLACED

Andy Farrell will name his Ireland team to face the Māori All Blacks on Tuesday, and Niall Scannell may be set for a bench role. Dan Sheehan is still expected to start the First Test, so Dave Heffernan looks likely to start Wednesday's tour opener.

Over in the New Zealand camp, head coach Ian Foster, assistant coaches John Plumtree and Scott McLeod, and midfield pair David Havili and Jack Goodhue tested positive to the Covid virus on Monday. They are in isolation.

That has led to the NZRU drafting in Joe Schmidt to help with team preparations ahead of the First Test, at Eden Park, on Saturday.

"The way that Foz [Foster] has set our group up, there is a huge amount of trust amongst everybody to (a) be able to do their job and (b) what it looks like if you're not available," said assistant ABs coach Brad Mooar.

"We've got wonderful leaders, we've got outstanding management and we will put the week together no differently to what we would in any other situation."