"Once the opportunity came, it was too good to turn down."

Mack Hansen is set to travel with Ireland to New Zealand, in the coming weeks, and get the opportunity to really cap off what has been a mightily impressive first season in this country.

Having arrived in Ireland for the first time, last summer, Hansen quickly settled into life at Connacht, scoring six tries in his first seven games. Qualified to play for Ireland through his mum, from Cork, the 24-year-old was then called into Andy Farrell's Six Nations squad and was excellent in that campaign.

END_OF_DOCUMENT_TOKEN_TO_BE_REPLACED

Although he always had half an eye on representing his mother's homeland on the Test stage, Hansen came close to a club switch that would have impacted on such international ambitions.

On the latest House of Rugby URC episode [LISTEN from 15:30 below], Mack Hansen explained how his Connacht move came to pass, and the other club that was interested in securing his services. 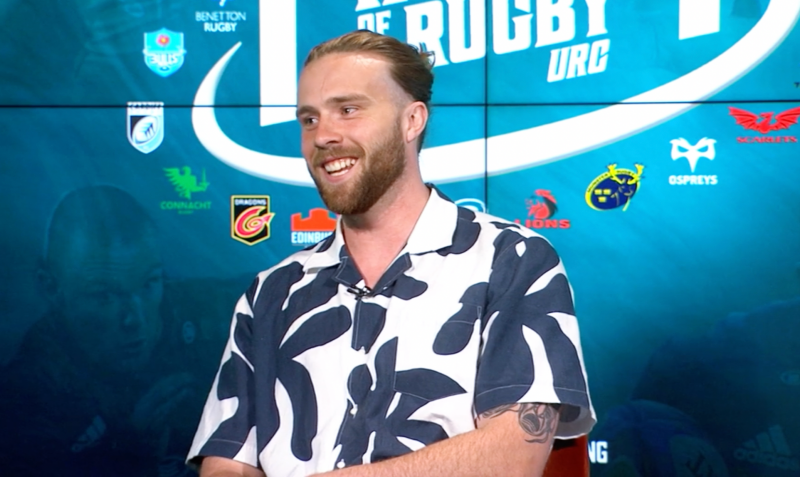 END_OF_DOCUMENT_TOKEN_TO_BE_REPLACED

By now, most Irish rugby supporters will know how Mack Hansen was friends with Jackson Friend, son of Connacht head coach Andy Friend. The legend, for a while, had it that Hansen mentioned he was Irish qualified in the bar Jackson Friend was working in, a call was made to Galway and the rest was history.

Hansen explains that there had already been contact between himself and Andy Friend. He comments:

"I had already been talking to Andy. It's not like Jackson got on the phone and said, 'You need to sign this guy. He's great on the piss, and he's good on the field!' It wasn't anything like that.

"I was already talking to them, as they had tabs on me before that. It was just a coincidence that I was a mate of his son, and he was working at that bar that I'd always go to."

END_OF_DOCUMENT_TOKEN_TO_BE_REPLACED

Hansen says he made his mind up on the 17,000 kilometre upheaval from Canberra, and the Brumbies, to Galway. Despite the Cork links, there was no tangible reaching out from Munster and Connacht were in pole position.

Once it became clear that he would be moving from the Brumbies, up to Europe, a Premiership club got in contact.

"I had one more year with the Brums but, in my head, I was ready for something new. I was pretty close to going to Leicester Tigers for a bit, actually.

"Then that fell through, and Connacht contacted me. The rest is history."

So, instead of lining out with the likes of George Ford and Ellis Genge, Mack Hansen pitched up in Galway and got straight to it. He scored seven tries in 18 appearances, for Connacht and Ireland, picked up a few man-of-the-match awards, helped bring home a Triple Crown and even showed his versatility by playing fullback in a couple of games.

He still smiles when he is asked about his first impressions of Connacht, the nightlife in Galway and running out at The Sportsground.

"Running across sand on a literal dog-track, to get to the field I found it was cool. It's not something you're going to see at any other professional programme in the world," he says.

"My mates, back home, are all punters and loved that there was a dog-track. They were saying I could watch the dogs racing, after training. I love it. I wouldn't change anything about it."


popular
Gary Neville highlights Erik ten Hag decision that 'backfired spectacularly' at Brentford
"I've never seen anything like it" - Pitiful Manchester United reach new low at Brentford
"He can add something to our attacking line up" - Jamie Clarke signs for Northern Irish soccer club
Ranking the best county GAA songs of all-time (32-1)
"It was unfair on the Galway backs” - Tomás Ó Sé admits that Kerry benefitted from unfair rule
Erling Haaland registers strange statistic on home debut as Mark Travers keeps the City score down
"I’ve never heard someone say something as stupid” - Katie Taylor blasts Jake Paul's rematch comments
You may also like
2 weeks ago
“My confidence was on the deck" - Aaron Connolly explains why he has made the move to Italy
2 weeks ago
Every Irish transfer in football, this summer, as several big deals get done
3 weeks ago
Six Irish players make damn impressive 'World XV' that would take some beating
3 weeks ago
The frontrunners for Ireland's 33-man squad for the 2023 World Cup
3 weeks ago
All Blacks media manager explains why Ian Foster appearance was cancelled after Ireland defeat
3 weeks ago
Warren Gatland selects nine Irish players in his strongest Lions XV, right now
Next Page