The schedule for the  British & Irish Lions' tour of South Africa has been confirmed for eight games in the summer of 2021, with Warren Gatland’s side set to play in front of the largest-ever crowd for a Lions Test in the professional era.

As with previous tours, the travelling contingent will cover a large chunk of the nation in both their midweek and weekend games, culminating in a three Test series against the reigning world champions.

FNB Stadium in Johannesburg will be the venue for the first Test on Saturday 24 July, with a capacity of 88,000 a sell-out crowd would be higher than the 84,188 who witnessed the series decider against the Wallabies in 2001. 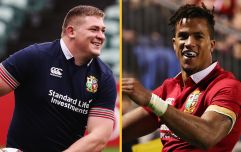 “He's gonna be pi**ed when he hears this!” – Anthony Watson's Vegas trip with Tadhg Furlong

END_OF_DOCUMENT_TOKEN_TO_BE_REPLACED

The second Test follows a week later at the Cape Town Stadium, before the British and Irish tourists return to Gauteng for the final Test on Saturday 7 August at Emirates Airline Park.

The eight-game schedule includes six weekend fixtures; three against Vodacom Super Rugby teams the Vodacom Bulls, Cell C Sharks and DHL Stormers, and two midweek fixtures against an invitational side in Port Elizabeth and South Africa ‘A’ in Nelspruit

British & Irish Lions head coach, Warren Gatland, has said he is happy that the schedule will allow his side to be in peak condition heading into the Test series;

“I am absolutely thrilled with how this schedule looks... Touring South Africa is always a huge challenge, not only from a rugby perspective, but also in terms of the venues and the conditions facing the players. We are very comfortable that three of the games, two of which are Test matches, will be played at altitude. Our schedule falls in a way to allow us to start at sea level before building up and acclimatising to the unique environment that playing at altitude presents. Ensuring the team are absolutely primed for the Test matches is a critical element of any Lions Tour, and I am confident the quality of opposition we will face in the opening weeks will get us ready to take on the Springboks. The Bulls, Sharks and Stormers are all tough sides and present different challenges, which is exactly what we want... We are very much looking forward to touring this wonderful country.” 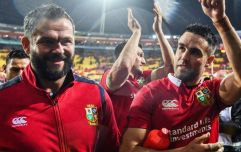 END_OF_DOCUMENT_TOKEN_TO_BE_REPLACED

The British & Irish Lions have toured South Africa on 13 previous occasions, with the first Tour taking place in 1891. In that time, the Lions have won four Test series, lost eight and drew one. Their overall record against the Springboks is played 46, won 17, lost 23 and drawn six.

“There are players who have been to three Rugby World Cups and finished their careers with a winner’s medal yet never got to play against the Lions... They only come around every 12 years for our players and only a few of them ever have the privilege of wearing the Springbok jersey in a Lions series. The Lions have not lost a series since they were last here a decade ago and they will present a next-level challenge in 18 months’ time.

Warren Gatland is a massively experienced and astute coach with a phenomenal record with the Lions and the rugby experience for our players and public will rival that of a Rugby World Cup. The Lions performed extremely well on their previous two tours [in Australia and New Zealand] and will no doubt relish the opportunity to add the Springboks’ scalp to their belt. They will operate like a well-oiled machine and we will have to work very hard to match them in every department, on and off the field.”

South Africa 2021 here we come…. including three Tests against the #RWC2019 Champions @Springboks and what promises to be one magical Tour.#LionsSA2021 pic.twitter.com/HWY3jGYaQn


popular
Ireland team vs. France: Form players rewarded and a welcome return
Man United could be blocked from playing in the Champions League next season
French media's opinion of this Ireland team becomes clear as vital clash nears
Clive Woodward happy to 'eat humble pie' after bold comments about Ireland
Eight players to watch in tonight's Sigerson Cup semi-finals
"I should have been more mature" - O'Sullivan's injury trail a cautionary tale for Sigerson casualties
Lionel Messi makes decision on Barcelona return
You may also like
10 months ago
"They photo-shopped my face off, and put Rory Best's on!" - Dylan Hartley
1 year ago
“We find the remarks offensive" - Lions complain over Neil Francis' comment about Marcus Smith
1 year ago
Three Irish starters and another Lions' captain selected for Sharks rematch
1 year ago
"I’d love to do my Colin Corkery impression and play Junior B football. It depends on the body"
1 year ago
"Sadly at this point in time, it's Johnny" - Why Sexton missed Lions spot
1 year ago
"It's going to be the biggest thing in this person's life, ever" - Rory Best reveals his Lions captain pick
Next Page