This time next year - all things going well and World Rugby's calendar unchanged - we will be looking ahead to the 2021 British & Irish Lions' first tour game against the Stormers in Cape Town.

The Covid-19 pandemic has led to major delays in most sporting calendars and the 2020/21 season will be truncated but hopes are high that big rugby games will be able to go ahead, with fans in attendance, later this year and on into 2021.

Signing off their second series of House of Rugby UK, host Alex Payne teamed up with James Haskell and Mike Tindall to select their Lions XV for the First Test against the world champion Springboks.

JAMES: Tadhg Furlong's got to be the main one. Maybe Sinckler.

MIKE: We're going to have to pin our colours to the mast if we do this so I'm going to go for Furlong.

JAMES: Yeah, I think he's got to be slightly in pole position at the moment.

While the Scottish siblings Jonny and Richie Gray got second row mentions, all agreed on a combination of Maro Itoje and James Ryan to close out that tight five.

Back row, as it always seems to be in recent years, is stacked. Tom Curry is described as 'a shoo-in' for blindside flanker while Billy Vunipola got the nod for the No.8 jersey ahead of CJ Stander, Ross Moriarty and Toby Faletau. For openside, Tindall stated a strong case for Hamish Watson so he edged in ahead of Justin Tipuric, Josh van der Flier and Sam Underhill. 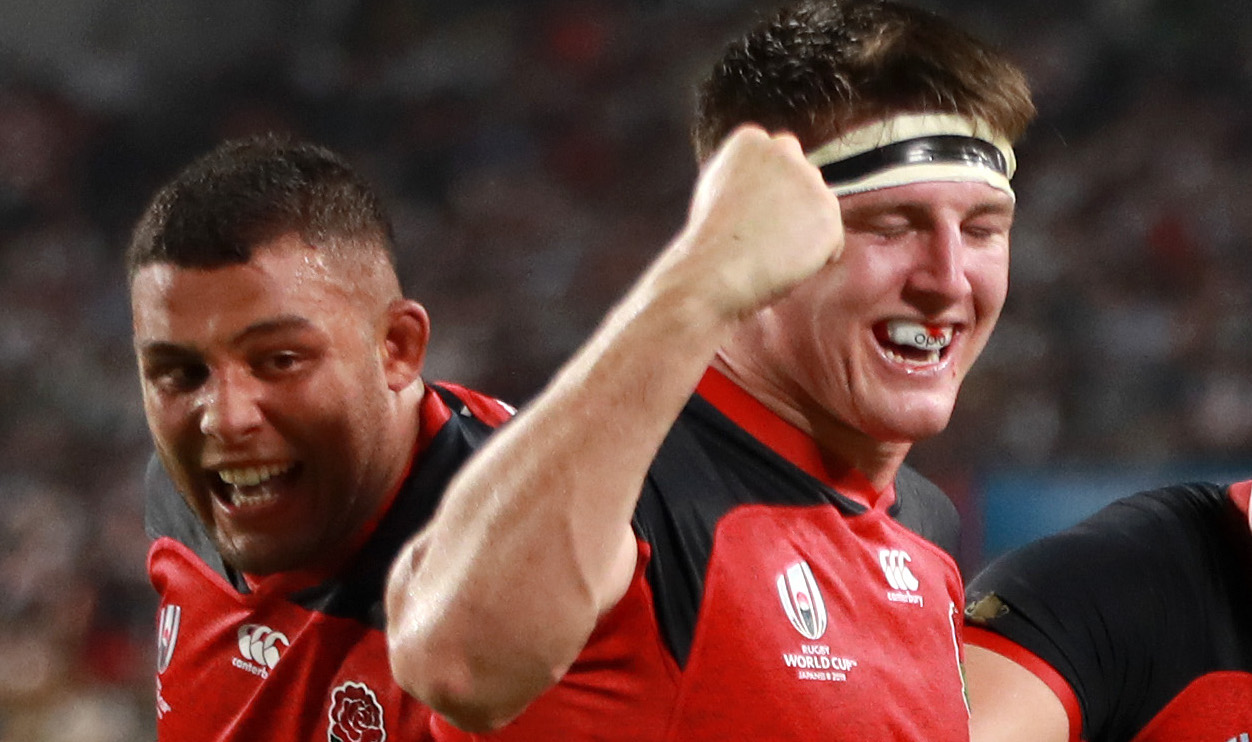 Tom Curry (right) was one of the stand-out performers at the 2019 World Cup. (Photo by David Rogers/Getty Images)

END_OF_DOCUMENT_TOKEN_TO_BE_REPLACED

Moving to the backline, Conor Murray, Ben Youngs and Rhys Webb were all mentioned but Tindall believes Gareth Davies is leading the scrumhalf battle. Owen Farrell gets the 10 jersey ahead of Finn Russell, but Johnny Sexton will surely make the touring party.

Manu Tuilagi and Jonathan Davies got the unanimous vote for midfield, as did Stuart Hogg at fullback. When it comes to wingers, Josh Adams and Jordan Larmour were both mentioned but Anthony Watson went in at No.14. That left one slot to fill and it went to an Ulsterman.

"I think Stockdale would be quite a good fit if you're playing South Africa, in terms of options. Hard blitz, cross-field kicks, little chips for himself, never seems to miss a try. He just needs to kick the ball every time he gets it and he scores. Prime for intercepts too. I think he would fit into the structure of playing South Africa quite well."

There you have it. From an Irish perspective, three inclusions with Jordan Larmour, Conor Murray Josh van der Flier and CJ Stander all getting mentions too.

It will be interesting to come back in a year's time and see how close this XV is to the team that Warren Gatland sends out against the Springboks.

"We're not going to read the comments on this one"

On this week's house of rugby, Hask, Tinds and Alex pick their Lions XV to face South Africa. pic.twitter.com/y3iyqe34cA

END_OF_DOCUMENT_TOKEN_TO_BE_REPLACED

All going well, the Lions tour to South Africa should take place in 12 months' time.

A lot of water will pass under the bridge before we get there - and the tour itself may be delayed until autumn 2021 - but it will be interesting to see how close this XV is to the side that takes the field for the First Test at Johannesburg's FNB Stadium.

popular
How many of the 49 Premier League clubs can you name?
The SportsJOE 12 o'clock quiz | Day 115
SportsJOE 2000s Football Quiz | Round 10
Roy Keane on the experience of being managed by Jack Charlton at USA 94
QUIZ: See if you can identify these retro football kit sponsors
You'll need your best form to name all the Premier League captains
Jack Charlton's role in getting Roy Keane to Manchester United has been revealed

You may also like
1 week ago
"He just walked out the door without saying goodbye or anything. It was just so Axel. It was so perfect."
1 week ago
Baz & Andrew's House of Rugby - Keith Earls joins us for Season Two finalé
2 weeks ago
"I'm so proud of the opportunities Ireland gave me and of the woman I am today" - Linda Djougang
2 weeks ago
Baz & Andrew's House of Rugby - Chris Henry joins us for Trimby's 'This is Your Life'
3 weeks ago
Dave Kilcoyne recalls 'changing of the guard' moment on Munster's team bus
2 weeks ago
The SportsJOE 12 o'clock quiz | Day 95
Next Page