Several Lions players have done their Test chances no harm. Our full Lions ratings reflect a dominant victory over the Stormers in Cape Town.

The Stormers put up a real fight in the first half and went 3-0 ahead after 20 minutes. They will be frustrated, then, at conceding three tries in the last 14 minutes of the half - to Adam Beard, Luke Cowan-Dickie and Jonny Hill - to trail 21-3 at the break. 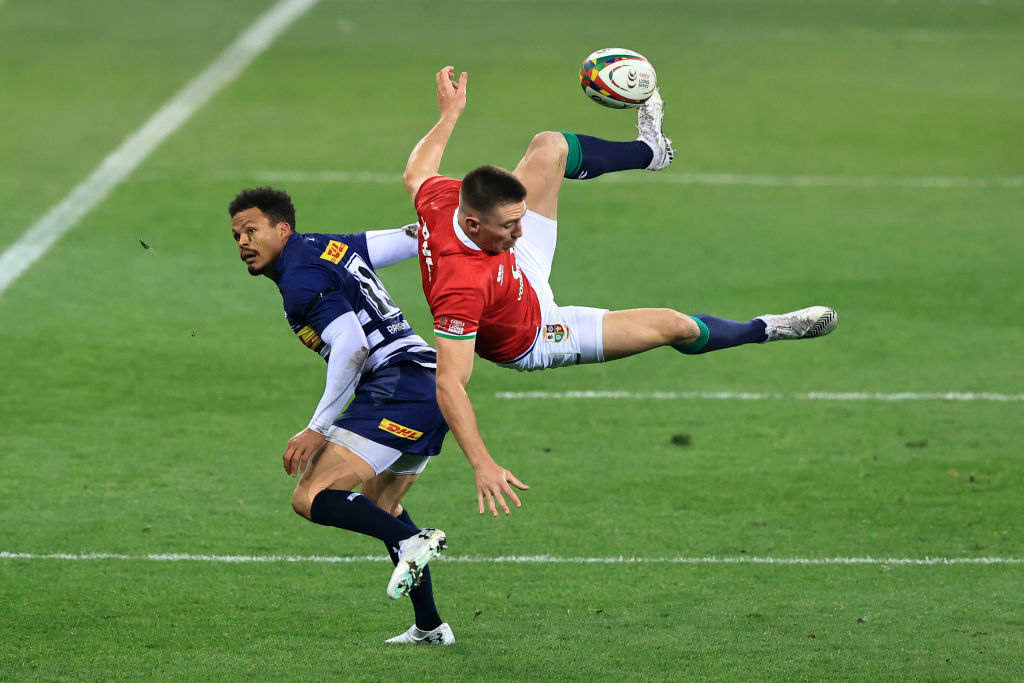 Josh Adams of the British & Irish Lions and Juan de Jongh of DHL Stormers challenge for the ball. (Photo by David Rogers/Getty Images)

END_OF_DOCUMENT_TOKEN_TO_BE_REPLACED

The second half saw the flagging Stormers try hang on in the face of a Lions side that had their tails up. Jack Conan raced over for the fourth try and Zander Fagerson powered over the tryline with 15 minutes to go.

The Lions, inspired by Marcus Smith and Tadhg Beirne, were not finished yet. Smith put Louis Rees-Zammit away for a try while Beirne and Stuart Hogg teamed up to set up Sam Simmonds for the last score of the night.

Saved the day with one mop-up and line break but threw a forward pass out of play. Lovely hands teed up Hill for his try. Made a couple of his trademark jinking runs.

END_OF_DOCUMENT_TOKEN_TO_BE_REPLACED

Lost the ball forward on one carry. Made only four carries (for 26 metres) and missed a couple of tackles. His quietest game of what has been an otherwise excellent tour.

That big boot of his came in handy on a few occasions. Lovely flick pass sparked a counter that led to the Lions' first try. Teamed up with Smith to tee up Conan for his try. Fell off two of his three tackle attempts.

END_OF_DOCUMENT_TOKEN_TO_BE_REPLACED

Could not find Jack Conan for what would have been a try, after Price put him through a gap. Will be pleased with his outing - 26 metres made off five carries, 11 of 12 tackles stuck and a turnover won for his side.

Made a bullocking, 30-metre carry up the left wing, in the lead-up to that Beard try. Leg drive after being tackled, and composure, so impressive. 138 metres gained, three line breaks and nine defenders beaten. Forward pass to Hogg his only big slip. 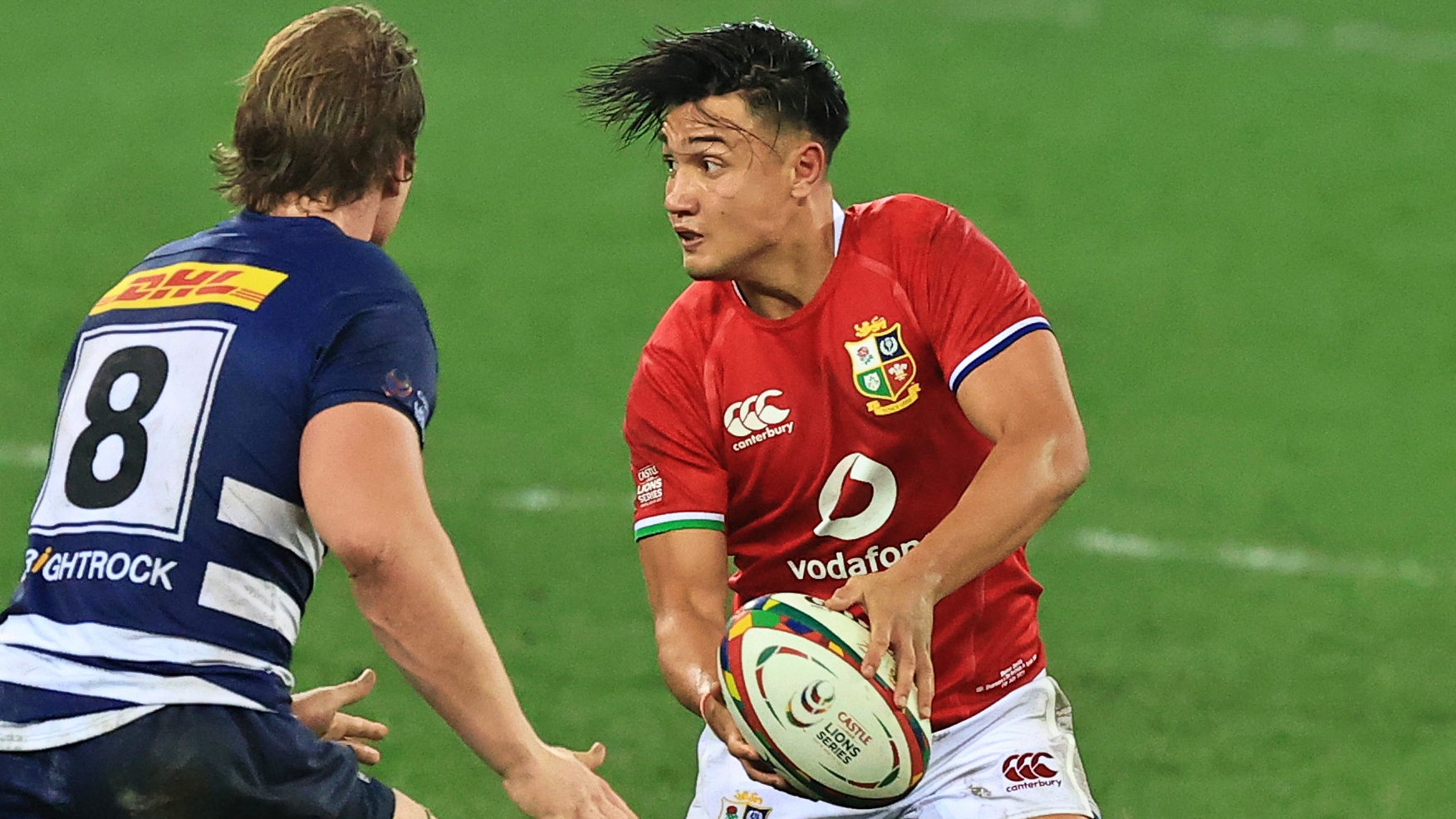 Certainly did not look out of place. Blocked an early grubber and put some air under the ball. Was rescued by Hogg when he could not hold onto one up-and-under. Linked up with Daly to set up the Conan try and unfurled some cross-kicks as the game went on. Ran a late penalty and teed up Rees-Zammit for the exclamation point.

Pressing for Test inclusion. Well-timed pass to Beard for the Lions; first try. Timing of pass, in close, was crucial in putting teammates through gaps. Made a few snipes and stuck all his tackles.

Was getting on the wrong side of Wayne Barnes with early scrum engagements. Got the better of his opposite number, later in the first half, to win his side a penalty.

Penalised for a double movement to get over the tryline that allowed the Stormers off the hook. Snagged a great breakdown turnover, on 30 minutes. Showed real power and awareness to get over for a try after a rolling maul had punctured the hosts. Won another turnover before half-time, and a third before 45 minutes had even elapsed.

Used for a lot of set-plays due to his passing skills and as a decoy. Made a 20-metre line break in the lead-up to the Beard try.

Lumped into a number of big tackles around the fringes and no doubts about his scrummaging, again. Won his side a turnover and provided front-foot ball on carries.

Was the beneficiary from two nice breaks as he showed up on the right wing to canter over for a try. One handling error in the loose but solid enough.

Made a nice lineout steal, early on. Made his presence felt in the first half and showed nice handling. Was on hand, three times, as the first man to pounce on loose balls. Excellent first half capped off with a try in the corner.

Took a blow to the arm, after a few minutes, but played on. Was turned over on his next carry but protection was non-existent. Sweet, nonchalant offload kept attack alive before Beard's try. Made a nice break up the left flank, and offloaded again. Denied a try by the TMO, when a forward pass was spotted, earlier in the play. Made a couple if turnovers too. Showed up twice in the lead-up to Simmonds' try.

Always seems to bounce off tacklers or fight for that extra yard or two. Gave the Stormers a chance to edge ahead by conceding a penalty inside his 22. Stuck 15 tackles and has developed a nice relationship with Beirne. 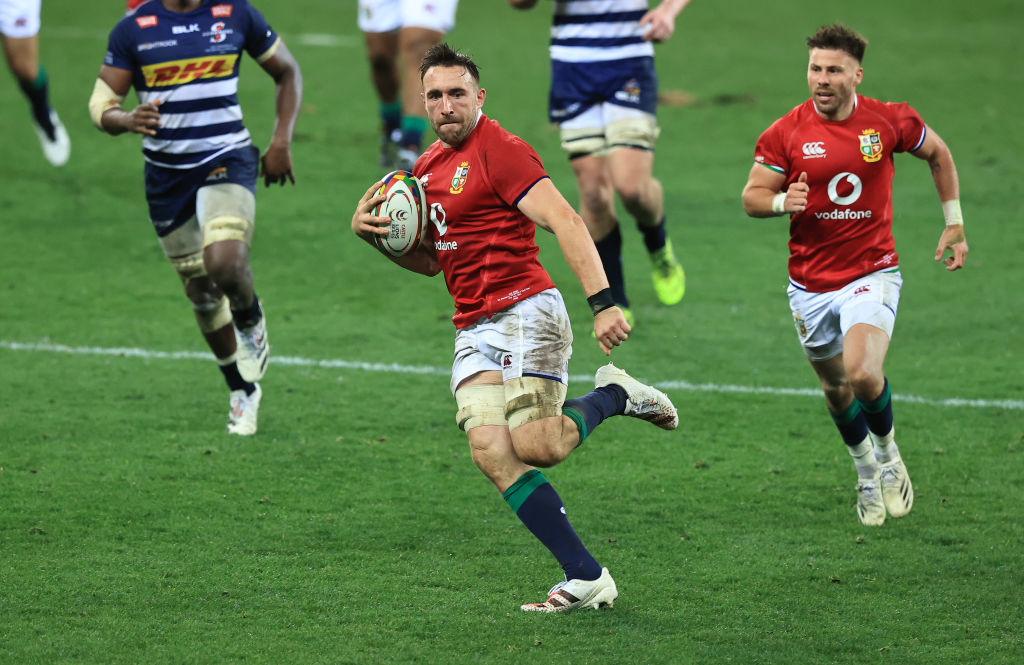 Having a fine Lions Tour. Fine support line and was rewarded with a 50th minute try. Penalised for side entry to a rolling maul, which he protested (politely).

Made some strong carries after coming on.

Won a turnover and carried well.

Pinged on his very first scrum. Showed strength and determination to get over for his try.

The fact he is back is incredible enough, three weeks after dislocating his shoulder.

A handy weapon to bring off the bench. His three carries brought the Lions 69 metres in gains and a try.

Kept his foot to the floor in an unrelenting final 20 minutes.

Continues to impress on tour.

Raced over for a late try.


popular
"I never really cried or got emotional over what I've done as an individual. I couldn't give a s***"
"I was off the grid" - Aidan O'Shea respond's to Mayo criticism after club championship win
"If I break my wrist, it's on f***ing both of you." - Koepka and Berger act the spoiled child
'I won The Open by six shots in my home country, but this was the best week of my golfing career'
The FootballJOE Pub Quiz: Week 7
"I told him the absolute truth" - Sergio Garcia on his Ryder Cup talk with Rory McIlroy
Galway fans' frosty reception for Davy Fitz doesn't make any sense
You may also like
6 days ago
Rob Kearney on defying union "bigwig" that told him he'd never play GAA again
1 week ago
Munster fans have most right to be aggrieved with World Best Stadium results
1 week ago
Honey Badger to the rescue as he saves sheep stuck in barbed-wire fence
1 week ago
Beibhinn Parsons leaves SEVEN Italian players for dust as Ireland keep World Cup dreams alive
1 week ago
Manu Tuilagi diet and gym changes that have seen him shed a stone but maintain power
1 week ago
'Brian was a genius... he would've killed you to even win a game of touch'
Next Page