With no outhalf on Lions bench, Conor Murray willing to step up

"With a Lions tour anything can happen."

If it was any other British & Irish Lions tour, that Conor Murray line would make perfect sense. For this 2021 tour to South Africa, it is a massive understatement.

Just about everything that could go pear-shaped has done just that. The Lions lost certain pick George North before the squad was confirmed, and then had original picks Andrew Porter, Justin Tipuric and tour captain Alun Wyn Jones all ruled out through injury. Finn Russell now has an Achilles injury and Marcus Smith has been flown out as cover.

END_OF_DOCUMENT_TOKEN_TO_BE_REPLACED

We have had a game against the Bulls cancelled, multiple Covid cases and close contacts in the camp, the first game against Sharks delayed while players were being PCR tested [eight late changes were required] and outside pressure to scrap the tour entirely.

It was only Rassie Erasmus selecting a strong South Africa 'A' matchday squad - containing 18 World Cup winners - and some jousting between him and Warren Gatland that started to give us all a sense that the upcoming Test Series can get over the line, and enthral us all.

Given what has come before, the Lions naming a squad for the 'A' game, on Wednesday, that only has one outhalf is a mere blip on the fringes of the radar. Going up against a quality selection, the Lions have no Russell, Smith or Owen Farrell to call on.

On the latest episode of House of Rugby's Lions Series [LISTEN from 2:30 below], Murray spoke about the South Africa 'A' game and stepping up as a 10 if required. 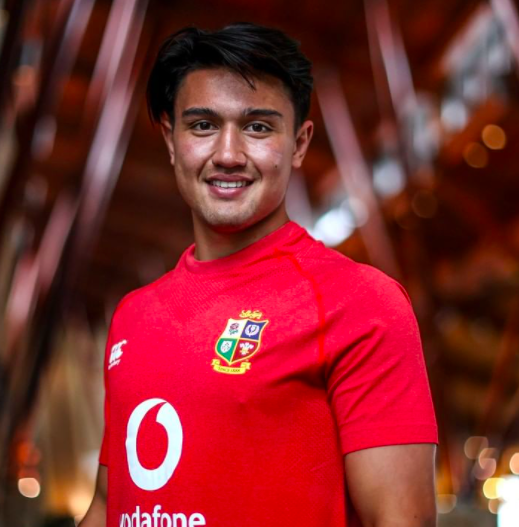 Warren Gatland confirmed Smith (pictured above), who only made his England debut a fortnight ago, has now linked up with the squad. He will get up to speed with plays and tactics, this week, and should feature against Stormers at the weekend.

END_OF_DOCUMENT_TOKEN_TO_BE_REPLACED

The Lions do have Elliot Daly on the bench, as an option at 10 if needs be. Daly was selected as a centre but can cover across the backline in every spot, bar scrumhalf. Saying that, the Saracens man would probably back himself to do a good job slinging balls from the base of rucks.

Murray has taken plenty of penalty and conversion kicks for Munster and Ireland over the years, and he did fill in at 10 in a Nations Cup win over Wales, late last year. Asked if he was prepared to do it again, he said:

"With the [Sharks] game just gone, it showed you need to be quite adaptable in terms of being able to play multiple positions. In the lead-up to the last game, my notebook - on one side of it - was filled with passages and positions to take up, as a 10, and who to hit-up off starter plays.

"So, I have that at the back of my mind, as well. With a Lions tour anything can happen and if you need to step in there it’ll be nice to do and you’ve got to make sure you’re prepared for a few eventualities.

"So, yeah, I reminded Warren that I had played there a bit in the autumn and went okay. So, if it needs to happen, you have to be ready to step in."

Looking ahead to this 'A' game against a side jammed with Springboks, Murray says 'it's going to be, pretty much, a Test match'. The squad, he says, have switched into trial mode in training and there is a real edge to the pitch sessions.

"It's almost like a fourth Test to us," he added. "A massive challenge for us and one that we're really looking forward to."


popular
Galway fans' frosty reception for Davy Fitz doesn't make any sense
The most Stone Age tackle you've ever seen gets South African lock straight red card
Ole Solskjaer hits back at Rio Ferdinand's Ronaldo comments
When Liam Brady lit into Brian Clough for his dismissive Mick McCarthy comments
'Brian was a genius... he would've killed you to even win a game of touch'
Ryan Manning hacked to the ground by Henri Lansbury in ruthless assault
Former Antrim captain Anto Finnegan has passed away
You may also like
1 day ago
Wallabies star bounces off Duane Vermeulen like a brick wall, gets yellow-carded
2 days ago
No Simon Zebo or John Cooney as Ireland gather 50 players for one-day camp
3 days ago
Ulster have just signed one of the biggest names in world rugby
3 days ago
"Some of the generals wanted me executed" - Irish rugby legend on flag caper that went wrong
3 days ago
"Johnno went, 'We’re not moving! You're trying to mess us about!'" - Ben Kay recalls red carpet controversy
3 days ago
Garry Ringrose challenges "pretty ridiculous" changing conditions for women's players
Next Page