"I tried to tell myself that I was on holiday and after (a while), I was like, 'I need to go home!'"

Linda Djougang was only nine when she arrived in Ireland from Cameroon and went to live in Rush with her father. 15 years on and she is in contention to be named Ireland Womens' Player of the Year.

The Leinster prop, who worked tirelessly as a student nurse at Tallaght Hospital during the initial surge of Covid-19 cases, is back in Ireland camp for the delayed finalé to the 2020 Six Nations. On Saturday evening [broadcast on Virgin Media Two after the Champions Cup final], Djougang goes up against teammates Edel McMahon and Cliodhna Moloney for the 'Best Player' accolade.

END_OF_DOCUMENT_TOKEN_TO_BE_REPLACED

The 24-year-old spoke with House of Rugby Ireland, earlier this year, about her journey from Douala in Cameroon to Rush in County Dublin, experiencing racism while growing up, her sporting pursuits and what it means to represent her adopted country on the rugby pitch.

"I had to grow up very quickly, I had to learn new habits and take new opportunities. Learning a new language was a big thing for me... but now I look at myself, at the age of 24, and I'm so proud of myself. I'm so proud of the opportunities Ireland gave me and of the woman I am today."

"Oh my God, yes! Definitely!" she began when asked if she could clearly recall her first game for Ireland.

"When I talk about [singing the anthem], I still get goosebumps because I had watched a lot of Ireland games and, as a kid, you always dream of just singing that national anthem. I remember I’d be singing it in my room, and I remember the night before my first cap, I couldn’t sleep. I couldn’t believe it was happening to me.

"But it has always been, not even my dream. It’s been a dream of my parents, my grandmother. It’s a generation of dreams and I’m lucky enough that I can make it happen, and to make it happen in a country where I grew up and where I feel I’ve been accepted. And to sing it out loud, I couldn’t be prouder." 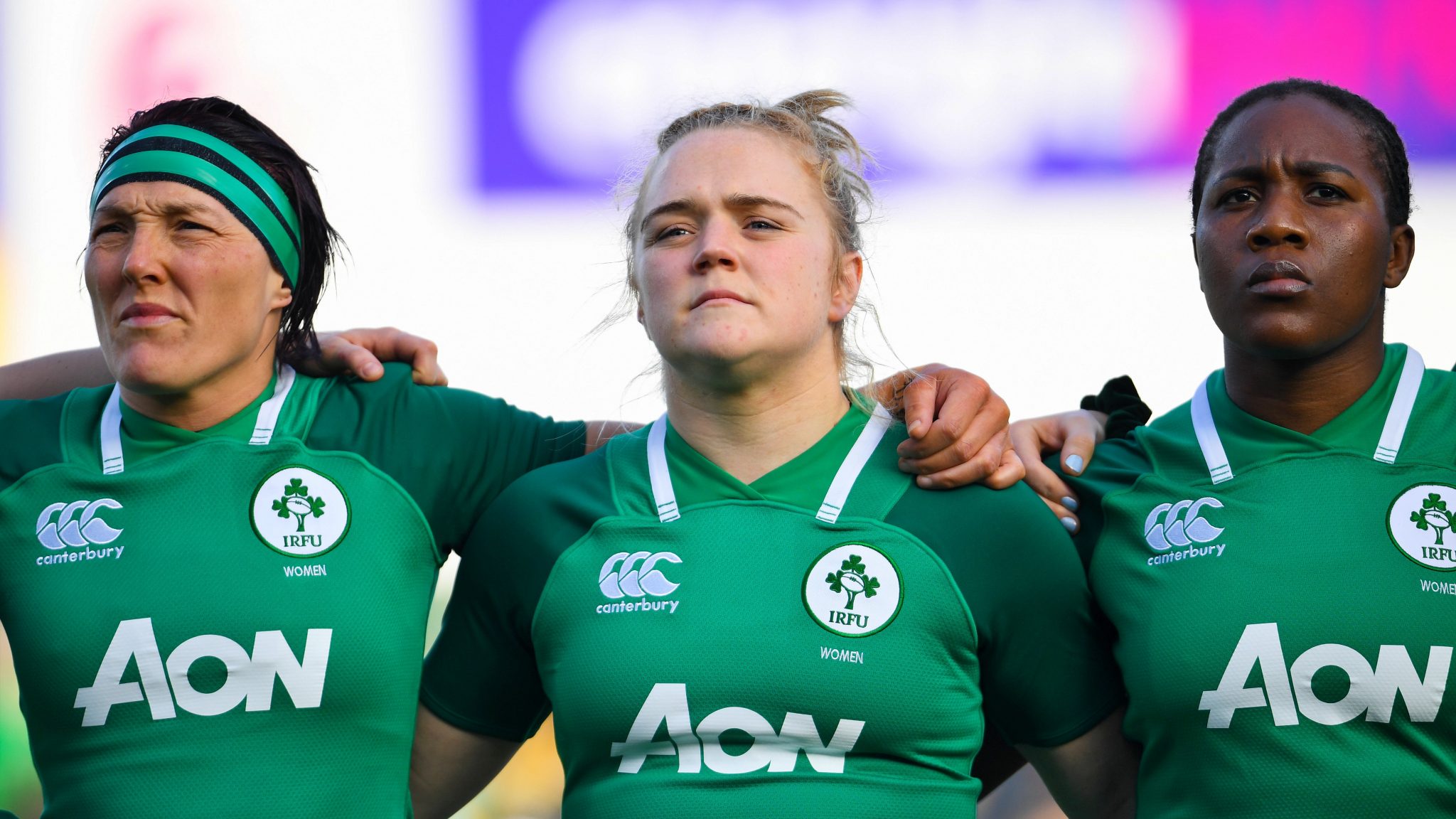 Louise Galvin, who is up for Best Sevens Player during the awards ceremony, says it is brilliant to see Djougang get nominated for the 15s award.

"Cliodhna and Edel have obviously decided to go play in the Premiership, in England, and progress their rugby," Galvin notes, "And it's great that they can come back to represent the national team, and to do it very well.

"And then Linda, it's a brilliant story. And another person who has been working on the frontlines, going through Covid. I think she was finishing her nursing - she was a nursing student and she's finished now.

"I mean, you can see by her when you see her play - she's so dynamic and so powerful and very prolific in the loose, openside part of the play. And I know she's been working very hard on her set-piece game, so she's putting herself in the prime position for selection. But to be nominated by her peers, again, it's a good sign of how they think of her and how much she is doing on the field."

END_OF_DOCUMENT_TOKEN_TO_BE_REPLACED

"That's one thing about rugby," Galvin adds. "It's always been so inclusive, no matter where you come from or how much experience you have behind you. It's about what you are doing on the field and how much you are willing to work for the person inside and outside of you.

"And that's why, for all the nominees, it's a pleasure to be nominated because it's a reflection of what all your teammates think of you." 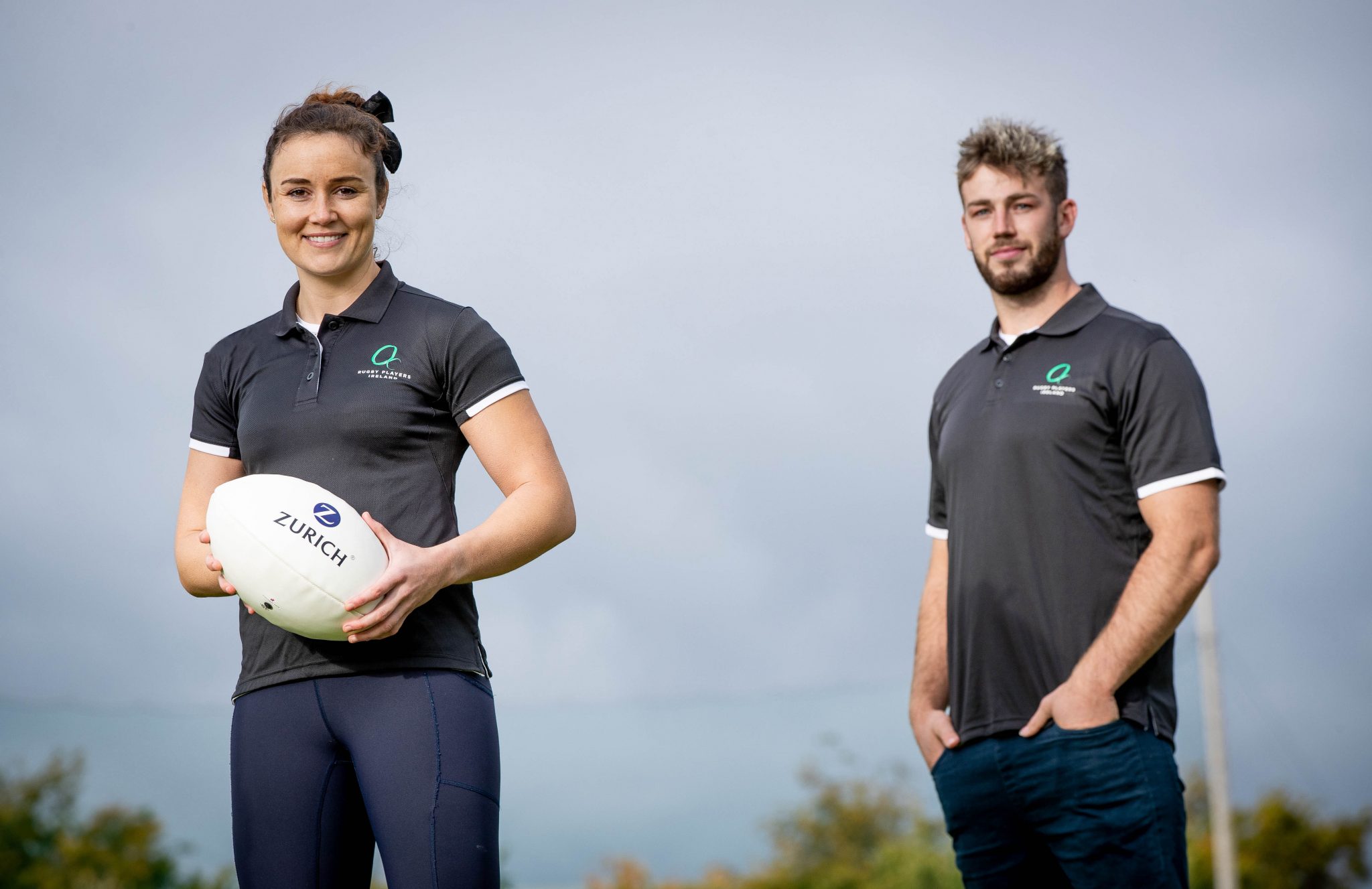 Pictured are Irish rugby’s Caelan Doris and Louise Galvin announcing the nominees for the 2020 Zurich Irish Rugby Players Awards including the Zurich Players’ Player of the Year Award. Celebrating the achievements of Irish rugby players both on and off the field, the Zurich Irish Rugby Players Awards will be broadcast on Virgin Media Two on Saturday, 17th October after the Heineken Champions Cup Final. (Credit: INPHO)

END_OF_DOCUMENT_TOKEN_TO_BE_REPLACED

Season 3 returns on Monday, October 19 but you can catch up on all our episodes from the past two seasons and our interviews with the likes of Conrad Smith, Victor Matfield, Simon Zebo, Sean O'Brien, Drew Mitchell, Jean De Villiers, Finn Russell, Dave Kilcoyne, Mike Brown, Brian O'Driscoll, Tana Umaga and much, much more.


popular
"It's giving the Kerry team a bad image. They don't look like footballers, they look like gurriers." - Liveline has peaked
Bundee Aki overheard in the stands after Faf de Klerk hit on Conor Murray
"That's one of the best races I've ever had" - Coscoran kicks like a demon to seize the day
Gatland on his decision to start Bundee Aki, and drop Tadhg Beirne
Eoin Murphy's calls from the goals show Cork they're in for a completely different ball-game
Warren Gatland pulls Joe Schmidt into Lions Tour refereeing drama
The SportsJOE 12 o'clock quiz | Day 377
You may also like
6 days ago
Ireland's rowing heroes on what everyone was shouting as they beat Team GB to bronze
6 days ago
"Hopefully it gives young girls real hope that anything is possible. If we can do it, anyone can!"
2 weeks ago
Football is coming to its 'real' home as Dublin set to host major tournament final
3 weeks ago
Full Ireland ratings as Ronan Kelleher inspires USA thrashing
1 month ago
Pre-match comments about Josh van der Flier put performance into perspective
1 month ago
Full Ireland ratings as Andy Farrell's men survive one hell of a scare
Next Page