It's a bit disheartening that one of the biggest talking points from Leinster's dominant 38-16 win over the Scarlets on Saturday is the future of their second and third choice pivots.

Not for the first time this season, Leinster fly-half Joey Carbery has been linked with a move up the M1 to Ulster as the province desperately searches for a replacement to the ousted Paddy Jackson.

Up until now, Carbery has dismissed any speculation linking him with a move to Ulster as 'media chat' but Peter O'Reilly's report in The Sunday Times over the weekend has indicated that both IRFU Performance Director David Nucifora and Ireland head coach Joe Schmidt have now visited the province to see if one of Byrne or Carbery will swap Leinster for Ulster next season.

END_OF_DOCUMENT_TOKEN_TO_BE_REPLACED

The desire to see one of the two players move stems from the fact that Carbery is the backup fly-half to Johnny Sexton in the Irish national team yet has only one start there for Leinster this season in 11 games, a problematic situation heading into a Rugby World Cup year next season.

Carbery has started seven of his eight games at full-back for the province but could easily slot in at fly-half for Ulster if he was willing to move north. 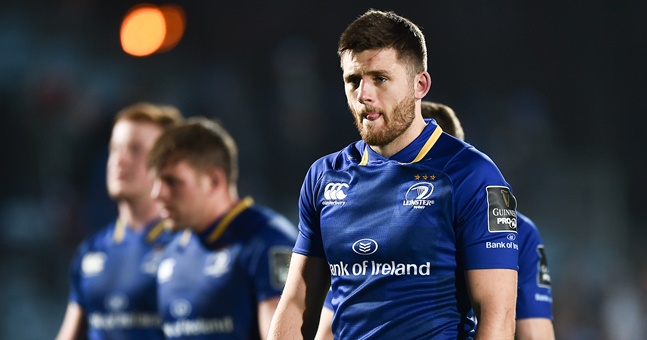 The same could be said for Byrne who has had somewhat of a breakout campaign for Leinster with Carbery missing two months through a broken arm and nearly another two months with Ireland in the Six Nations.

END_OF_DOCUMENT_TOKEN_TO_BE_REPLACED

It's created a situation for Leinster where they are now being punished for their own success as the IRFU and Schmidt look to interfere with their squad when it's as strong as it ever has been.

The beauty with Leinster is that players like Dan Leavy and Jordi Murphy started the season as third-string players in their respective positions yet both players have come into their own during the second-half of the campaign as injuries to Sean O'Brien, Josh van der Flier, Jamie Heaslip and Jack Conan have created opportunities for them where they previously didn't exist.

It's to Leinster's credit that they have been able to produce such a great crop of players and any losses their squad suffers should stem from individual players desire to move elsewhere rather than the union creating pathways to assist the process.

Carbery currently seems content to bide his time behind Sexton and learn from one of the best fly-halves in the world, after all, Sexton walked into a similar situation at the start of his career where he sat for the best part of three years learning behind Felipe Contepomi.

END_OF_DOCUMENT_TOKEN_TO_BE_REPLACED

Schmidt and Nucifora may want to see Carbery go to Ulster, although, there's also a convincing argument that they can make for Byrne to switch provinces, but either way, Leinster are being punished for the strength of their own academy to supplement the shortages in another club's system.

Every provincial contract in Irish Rugby has to be signed off and ratified by the IRFU, and while the union's central contract system has benefited the national team immensely in comparison to some of Ireland's Six Nations counterparts, this can be seen as an example of some of the pitfalls of the system as Leinster are reportedly pressured to make a decision that they would have otherwise been reluctant to make.

But maybe Byrne sat there at the Aviva Stadium on Saturday and thought 'I should be involved here' and maybe Carbery sat there on the bench and thought 'I could be starting tonight if I was playing 168 kilometres up the road', but maybe they both look at their situation with Leinster as a scenario where they are both learning and improving in a winning environment.

Every player wants to start whether it's U12's or the Rugby World Cup final, show me one that doesn't and I'll show you a liar, but professionals are also cognisant of what stage they are at in their career and what a move will mean to them and their immediate future.

It's easier for Jordi Murphy and Ian Madigan to move on from Leinster after years spent on the outer of big games as opposed to Carbery and Byrne who are still in the early stages of their careers at the province. They still are just 22 and 23 respectively.

Leinster is as good as any club in Europe at present at developing young players and maybe Byrne and Carbery look at their own situation and compare it to a Ulster side with no head coach in place for next season, a struggling forward pack and a team that is set to lose one of their two best backline threats in Charles Piutau.

Maybe the return of Marcell Coetzee and the additions of Murphy, Marty Moore, Matt Dalton and Tom O'Toole beef up their forward pack next year but there's still a lot of uncertainty around what Ulster will look like next season, and more importantly, who will be taking the reins of the club.

The IRFU are interested in creating pathways for players that could start for other provinces and we've seen the benefits that a change in scenery can have for Andrew Conway, John Cooney, Conor Oliver and Nick Timoney over recent seasons, but that's under the assumption that those players were happy to leave their clubs and that their former clubs were happy to part ways with the players.

But then, by the same token, just as Leinster are presumably reluctant to part ways with Byrne or Carbery, Connacht would hardly have been thrilled to lose John Cooney to Ulster, while Ulster were similarly furious that they had to part ways with Ruan Pienaar at age 33 while Leinster were allowed to retain the services of Isa Nacewa at the same age.

The IRFU's intervention with Pienaar created a scenario where Cooney undoubtedly benefited and maybe the union want to see something similar happen with Carbery or Byrne. 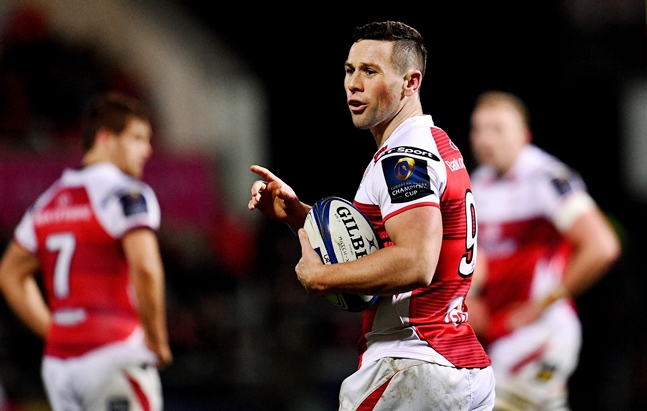 In an ideal world Leinster keep their players while Ulster do a better job of producing their own, but it's not an ideal world. It's far from it.

Ulster have struggled to produce a decent scrum-half or fly-half since Paddy Jackson while the IRFU have meddled with the affairs of the provinces before to their own benefit.

With Joe Schmidt's contract with the union expiring at the end of the 2019 Rugby World Cup, if he's pushing this, which is entirely speculative at this point, will the IRFU or Nucifora really turn around to him after winning a Grand Slam and tell him no?

Similarly, if Nucifora is driving this will Schmidt really look at him and say 'I'm fine with Carbery playing less minutes in a Rugby World Cup year?'

Leinster have become such a conveyor belt of talent this decade that they can simply not hang on to all of their players with Timoney, Conway and the Scarlets Tadhg Beirne three prime examples of players that had to go elsewhere to play and improve.

But Carbery and Byrne are two good players that are wanted by the club but seemingly have to go elsewhere to the benefit of their country.

Utility players in a utilitarian landscape.


popular
Noel Gallagher left 'covered in blood' after headbutt from Ruben Dias’ dad
Cutting through the contradictions from one of the worst television segments of the year
Aiden McGeady details the abuse he suffered after playing for Ireland instead of Scotland
Roy Keane shows great comic timing after Jack Grealish party invite
BBC apologise after accidentally posting mocking Man United message live on TV
The FootballJOE Pub Quiz: Week 38
Alex Ferguson reportedly delivered a cutting put down to Ralf Rangnick's assistant coach
You may also like
1 week ago
"I've probably watched every single Paul O'Connell speech" - Kyle Sinckler
2 weeks ago
Jack O'Donoghue and Alex Kendellen play themselves into Ireland's summer plans
2 weeks ago
Josh van der Flier proving why Lions snub was so baffling in every single outing
3 weeks ago
Eddie Hearn hints at Katie Taylor v Amanda Serrano rematch in Ireland
1 month ago
England scrumhalf gets away with clear strike on Ireland's Michelle Claffey
1 month ago
Munster announce signing of French centre who can play for Ireland
Next Page