Robin McBryde must have braced himself for a flood of Owen Farrell questions. Instead, they flowed in about Leinster's lineout.

The upcoming Leinster Saracens clash at the Aviva Stadium will have no fans in attendance but will certainly be Must-See-TV.

As fate would have it, last season's Champions Cup finalists are set to meet in knock-out rugby for the third competition in a row with the scores level at 1-1. Leinster beat Sarries in Dublin, in 2018, on their way to their fourth European Cup. Mark McCall's side avenged that loss at St James' Park in May 2019.

There will be personnel changes for both sides, this weekend, with Saracens hit harder with players [Liam Williams, Alex Lozowski, Ben Spencer and Will Skelton] moving on and the five-game suspension Owen Farrell was hit with after his "reckless" high tackle on Charlie Atkinson.

Farrell's loss could yet swing this quarter final Leinster's way but McCall told a press briefing, on Monday, that his talismanic outhalf was repping Johnny Sexton in training this past week. A dash of Ross Byrne, but mostly Sexton. He commented:

"He's running the opposition against us, running some of Leinster’s plays, so he’ll be a huge help to us. He just wants to help. He regrets the situation he finds himself in but now he just wants to help the team as much as he can." 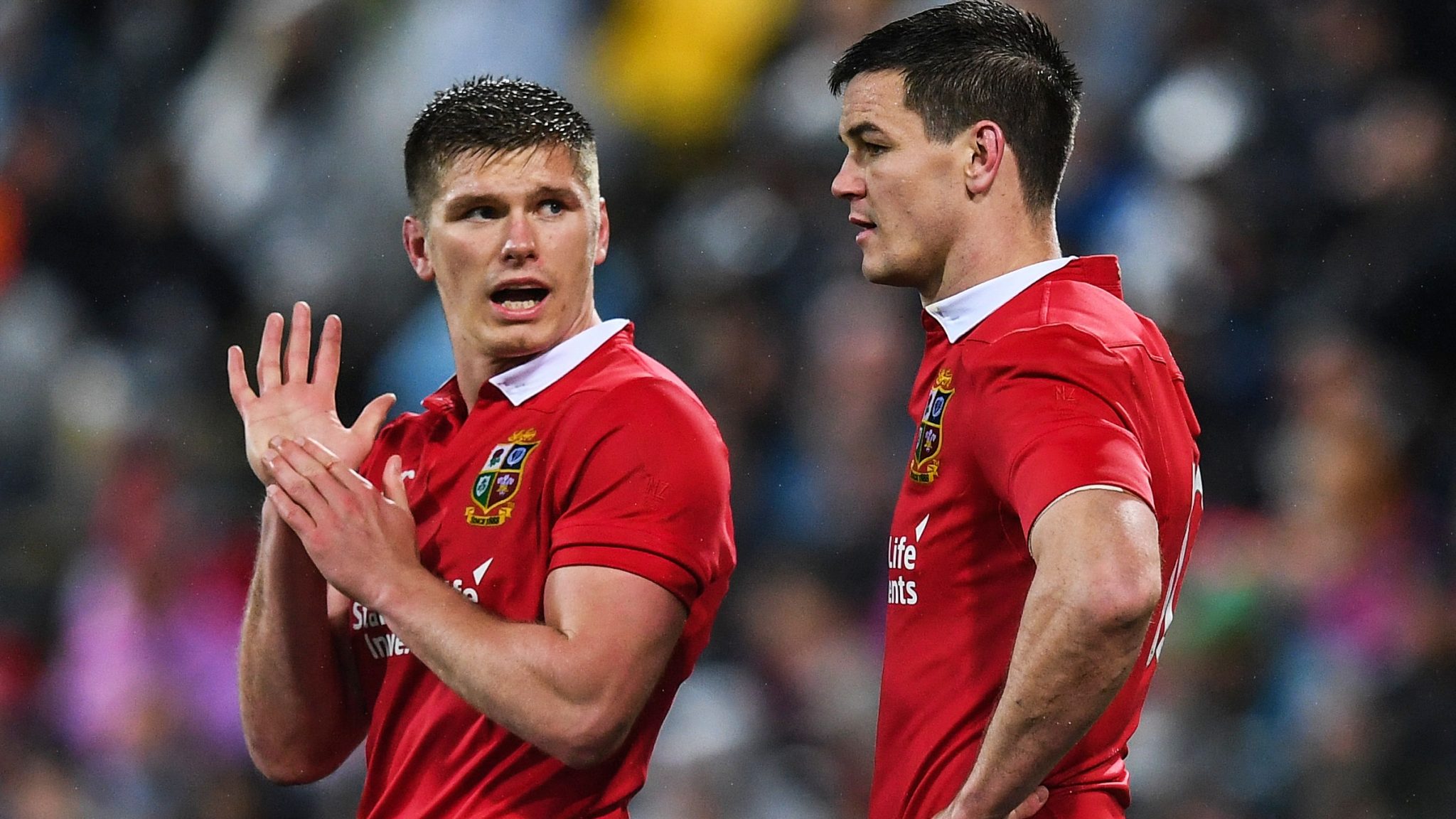 Sexton will be aware of the comments and have seen a couple of the headlines but he is wise enough not to let that get under his skin. He has had an ongoing rivalry with Farrell since 2012 and they have been on two Lions tours together. They know each other inside and out, but Leinster will be planning on throwing a lot more at Sarries than Sexton's near-patented give and go 'Loop'.

For McBryde, the Leinster assistant coach, the only question he got about Farrell, in the first of his two Monday briefings, was how Saracens would cope without their own world-class No.10. 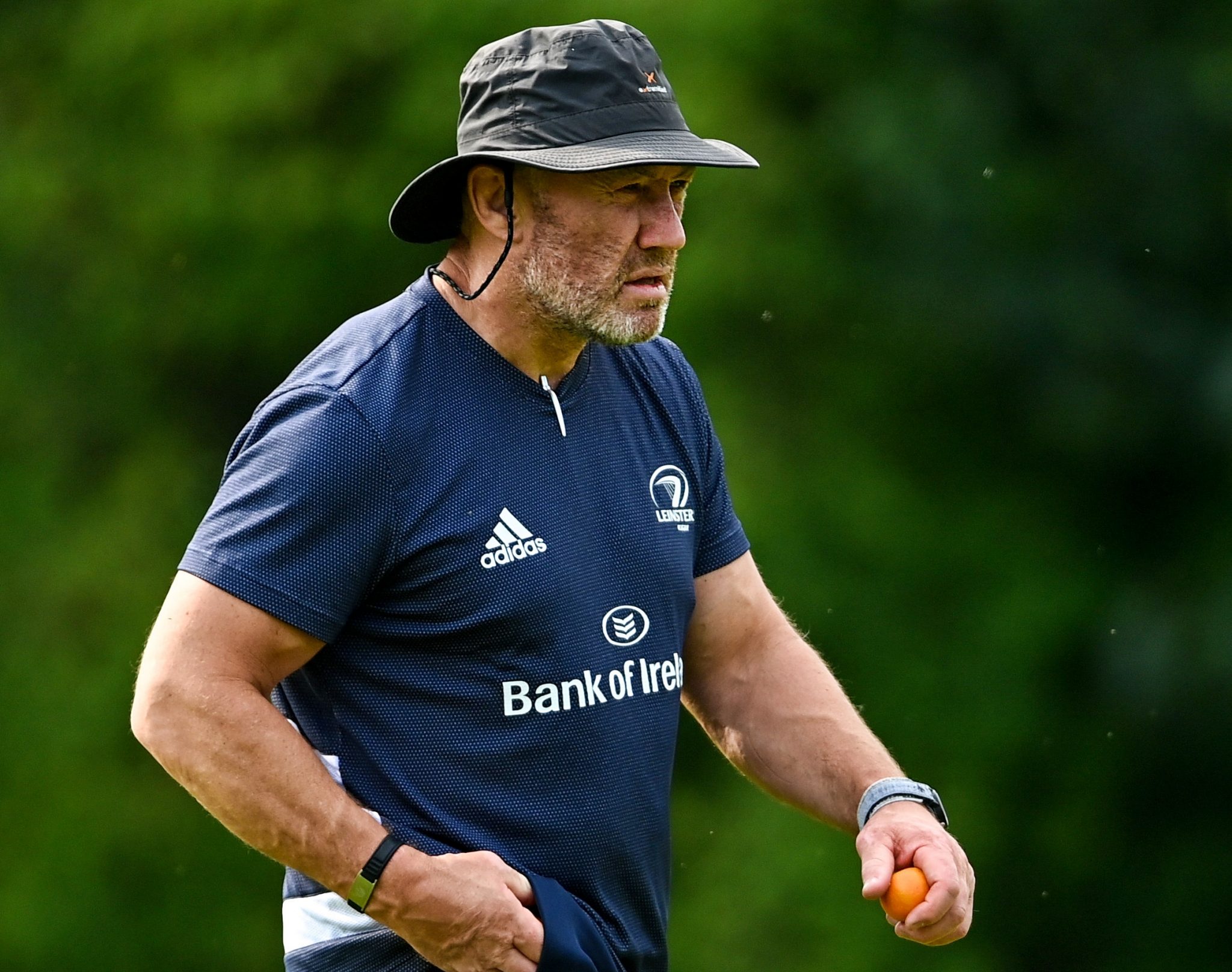 END_OF_DOCUMENT_TOKEN_TO_BE_REPLACED

Saracens will be relegated at the end of the 2019/20 Premiership season after they were sanctioned for breaching the league's salary cap. They have, thus, mixed and match their starting XV for a lot of the season and let some big names leave to ease the wage burden. Still, they retain the core of a side that have swung a heavy bat, domestically and in Europe, for a number of years.

Looking ahead to the challenge Saracens are sure to pose, McBryde was teed up nicely when asked how much better Leinster needed to be from the side that beat Ulster 27-5 in the Guinness PRO14 Final.

"Certain areas like the lineout, in the first half it didn't function. We'll have to spend a little bit of time focusing on what went wrong there and come up with the answers and learn from that lesson... they're a serious team and they are coming here with a point to prove.

"So, like I said, we'll have to be 10 times better than we were against Ulster. That's not being disrespectful to Ulster - they're a good team and they pushed us to the limit - but we're going to have to step up again, and we realise that."

Leinster's lineouts have not run smoothly since rugby resumed in late August and McBryde is shouldering some of that blame, saying it is up to him to get his players to 'see it like I see it'. It is an area the Irish province need sorting as, in Maro Itoje, Saracens possess a master disruptor of the Paul O'Connell ilk.

Last Saturday, McBryde was struck with the thought, "Is this real?", as Leinster closed out a league-winning season that included 17 straight victories.

This Saturday, a win over the reigning European champions will feel 10 times better than securing the Guinness PRO14 title. That is simply where Leinster are at right now.

Five stars are the goal, and have been all year. The stakes are monumentally high.

popular
Roy Keane's first impression of Cristiano Ronaldo proved to be very accurate
The SportsJOE 12 o'clock quiz | Day 290
The 14 Irish players Down Under as TG4 come up with the goods once again
Andy Moran: Using the time off to become a better player
The SportsJOE 12 o'clock quiz | Day 289
Jurgen Klopp chases Sean Dyche down Anfield tunnel after half-time fracas
QUIZ: Can you name all of these 1990s GAA stars?
You may also like
3 days ago
QUIZ: You'll need to be a massive Ireland fan to get all these one-cap wonders
1 week ago
Ireland's best uncapped prospects for the Guinness Six Nations
1 week ago
Darren Cave tells House of Rugby about one part of rugby he definitely doesn't miss
1 week ago
"He's ruptured his hamstring off the bone and he’s trying to get up into the defensive line"
2 weeks ago
"I got the scan and it was literally broken in half" - Ciara Griffin on her first Ireland training session
1 month ago
"I don’t know what his problem is with me" - James Lowe on Liam Williams clash
Next Page