Leinster rocked by another serious injury at the worst possible time

Leinster are lucky to have Rhys Ruddock back for Saturday's match with Bath.

Leo Cullen needs all the good fitness news he can get at the moment, following his side's 33-6 beating by Wasps last Sunday.

He has, however, lost the services of an Irish international for up to 10 weeks.

END_OF_DOCUMENT_TOKEN_TO_BE_REPLACED

Back-row Jack Conan has broken a bone in his foot, in training, and will be out of action until the New Year. Even the best estimates for the 24-year-old have a six-week return date.

Conan, who made his Ireland debut against Scotland during the summer, was on the bench last weekend as the three-time champions got off to a wretched start.

Ruddock is fit again so can push the likes of Sean O'Brien and Jordi Murphy for a starting role at The Rec. 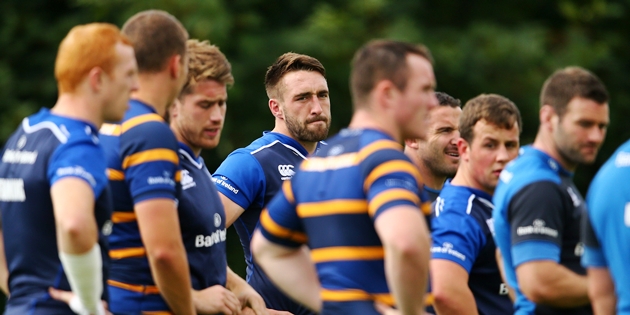 Cullen faced the press at Leinster's Newstead HQ, this afternoon, and was hopeful that he could have an injured quartet back for a game that already looks like a must-win.

Whether Saturday is too close or not remains to be seen.


popular
"I remember someone saying, 'This guy's the best of the lot of them. Just wait for him'" - Brian O'Driscoll
"I trained with a guy that was born in 2004 the other day. We reckoned Earlsie could be his father!" - Peter O'Mahony
Nigel Owens on most annoying players to referee (three of them are Irish)
Six All Blacks but no Ireland players in world's top 20 list headed by Antoine Dupont
The story of the GAA's greatest ever minor
"I asked one question and lads slagged the arse off me!" - Johnny Sexton on Roy Keane chat
Cork GAA will have fight on its hands to hang onto top prospect
You may also like
1 week ago
"I'm not a fan of that celebration" - James Hume earns praise, and a gentle scolding
1 week ago
"Let's just say the truth - Connacht hate Leinster so much" - Darren Cave
1 week ago
Ulster make massive statement as they out-gun Leinster in Dublin
3 weeks ago
Felipe Contepomi on how dual playmakers can wreak havoc on Test defences
1 month ago
Westmeath minor and Leinster u20 star Fionn O'Hara signs for AFL club
1 month ago
"Where Johnny Sexton is so important to us now is being able to pass the baton"
Next Page