"Ah, the lads were delighted for him."

Munster and Leinster fans may be arguing about which score is best until the next round of United Rugby Championship games kick off.

It is hardly earth-shattering to see most of the Irish provinces going well in league action, but some of the tries being scored by Leinster, Munster, Ulster and Connacht bode well for the season ahead.

END_OF_DOCUMENT_TOKEN_TO_BE_REPLACED

While Connacht are only 1 from 3, the other provinces have all had cracking starts. After three rounds, Ulster and Munster have a full bag of 15 points. Leinster have also won their first three games but a narrow away win against Dragons saw them return from Wales without a try-scoring bonus point.

Across those three winning starts, Munster (17), Ulster (15) and Leinster (12) have run in 44 tries. As statements of intent go, that is a bruiser.

On the latest House of Rugby URC episode [LISTEN from 30:00 below], hosts Greg O'Shea, Megan Williams and Jason Hennessy talked through some great scores from Adam Byrne and Nathan Doak, while Munster's Liam Coombes may have stolen the show. 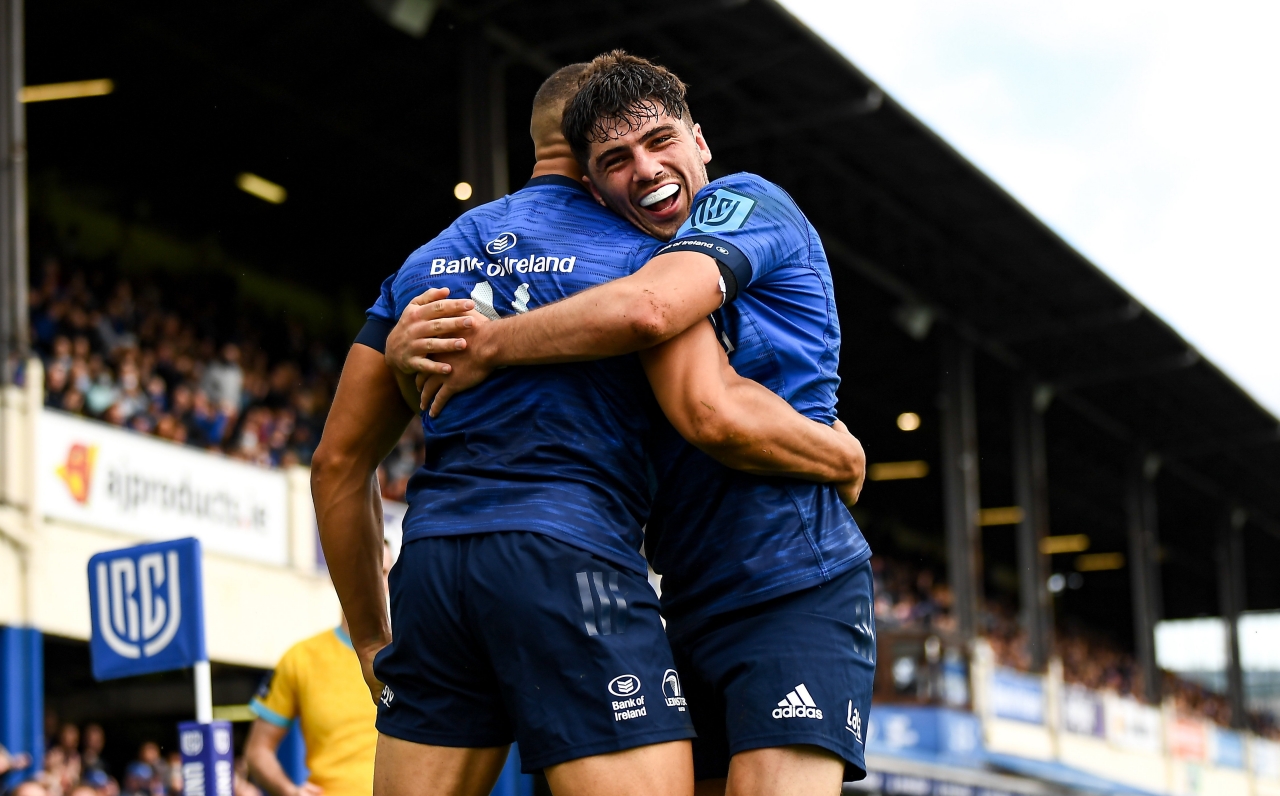 END_OF_DOCUMENT_TOKEN_TO_BE_REPLACED

There was debate in the House of Rugby studio before the show even started recording. The presenting team had assumed Adam Byrne's second try against Zebre would be a lock for a 'Try of the Week' nomination.

Instead, I used my veto to get Byrne's first try in there. It may have been the winger's first Leinster try in two years, after a rough run of injuries and rehab, but the team try element swayed me.

END_OF_DOCUMENT_TOKEN_TO_BE_REPLACED

It starts with Devin Toner towering above the rest to claim a Sean Cronin restart before the hooker received the ball back and peeled off the maul. Cronin found Jamie Osborne on the charge, and the centre sucked in three Zebre players with a powerful carry: 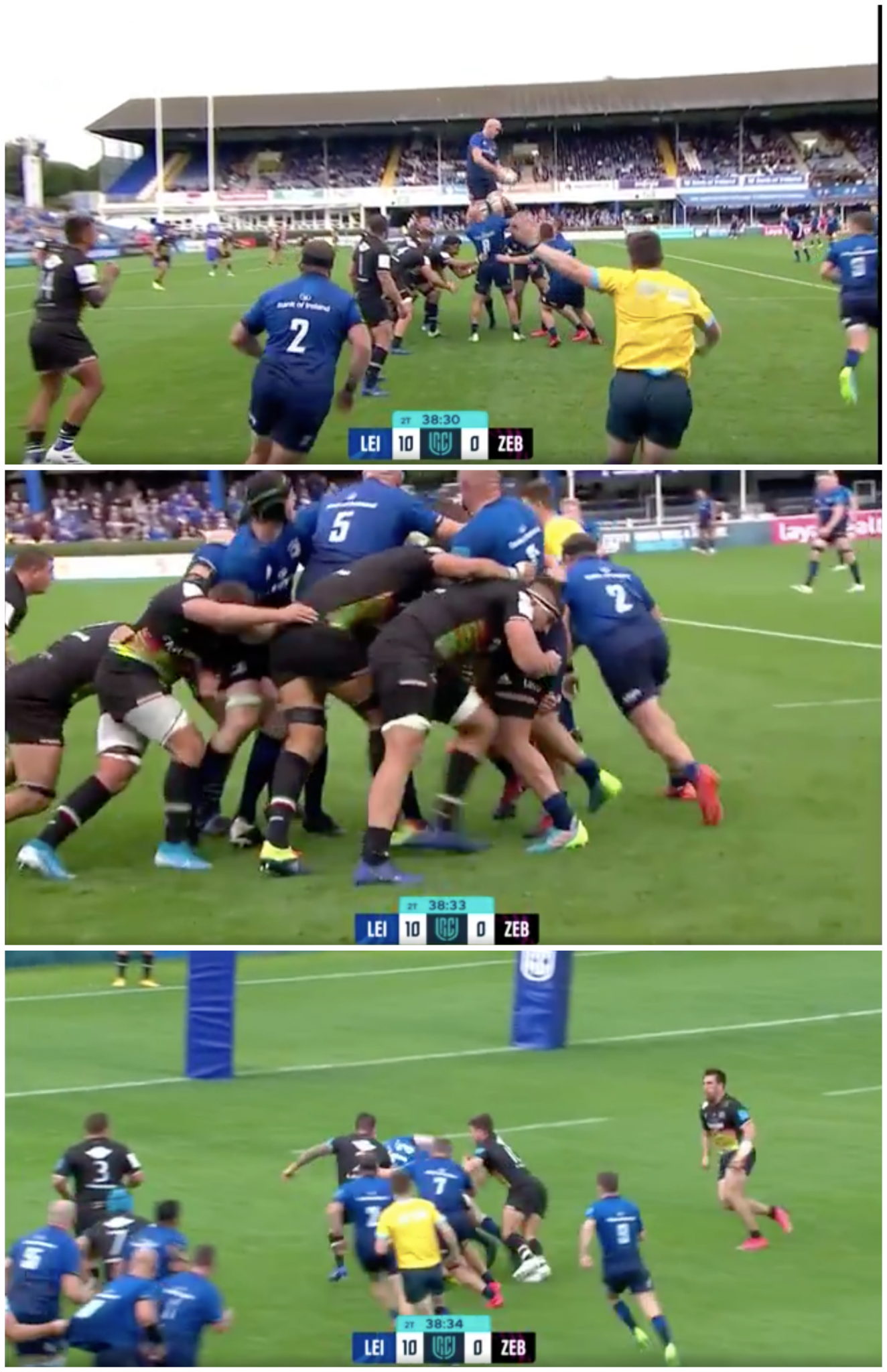 Luke McGrath arrived on the scene and found Dan Leavy, who drew in more bodies with his carry.

Leinster were fully loaded on the right wing. With Byrne (circled) staying out on the touchline, they just needed to draw the interest of a couple more defenders and get the ball out wide, and as quick as possible. 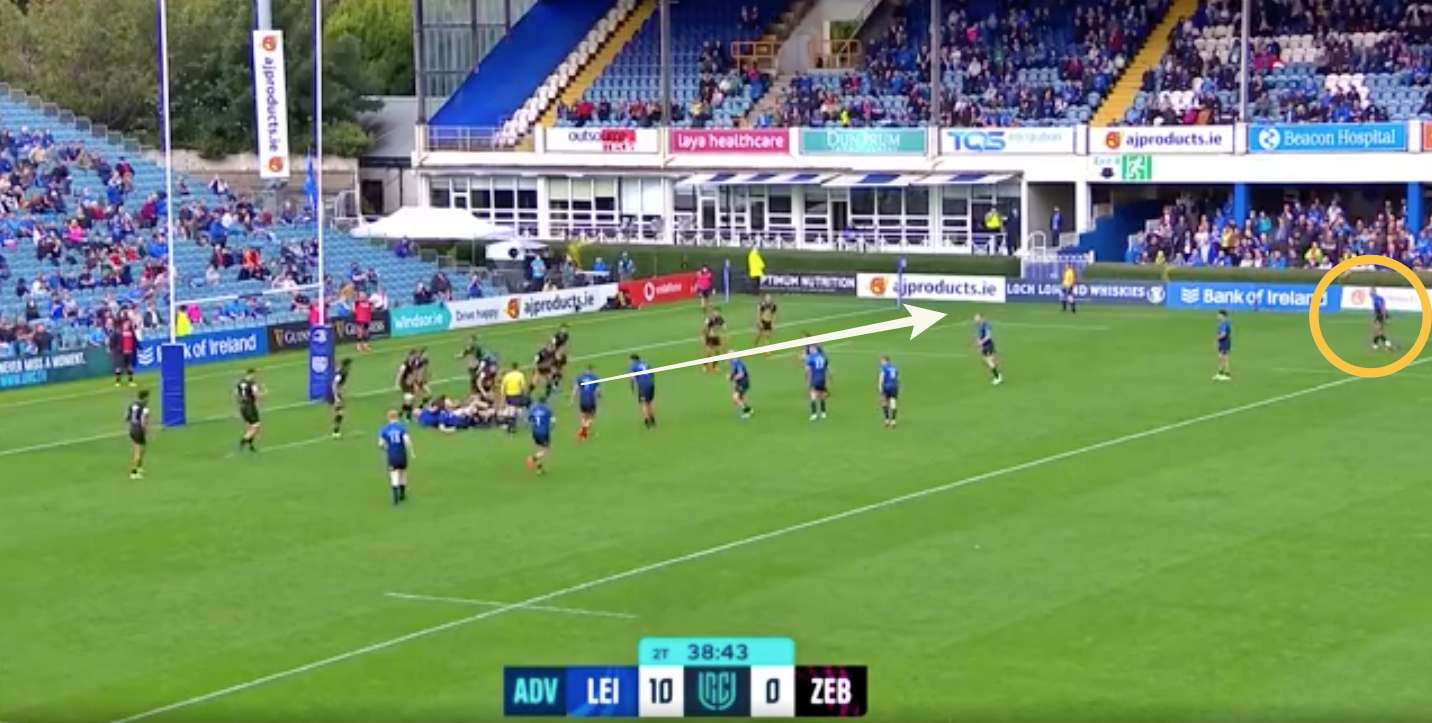 They did so when prop Ed Byrne received the next McGrath pass and swivelled back to pop the ball to Sexton, who was sprinting to his right.

Sexton still had fullback Jimmy O'Brien to choose from, and the indefatigable Cronin, who shifted to get out in support, but he backed himself to slide Byrne in with a tracer-bullet pass.

Byrne took the ball on the charge (as you can see below) and dived over in the corner for an excellent score:

That score beat out Nathan Doak's first try for Ulster, against Treviso, and a super Edinburgh move that resulted in a try for the flying Darcy Graham.

As that debate was taking place, on Sunday afternoon, Munster were filleting a strong Scarlets side.

Johann van Graan's men beat the Welsh outfit 43-13 and ran in six tries along the way. Calvin Nash went airborne to score a first half stunner, but Liam Coombes' brace takes some beating.

The first [you can see both below] saw Neil Cronin fake to go left, after a scrum, and spin to find Ben Healy to his right. The Munster outhalf then launched a booming pass into the bread-basket of Nash, who dusted Steff Evans before timing his pass to put Coombes away.

The second - to my mind - topped that again.

On 57 minutes, leading 29-13 on the scoreboard, Healy put up a high ball that Scarlets could not deal with and Munster made a 20-metre gain, and got the ball back. After being repelled, over on the right flank, they spread play left before Jack O'Donoghue made a 30-metre line break and put through a grubber kick.

Coombes was in pursuit, with Wales and Lions centre Jonathan Davies trying to mop up, but his handling here was top-notch. He stooped to gather with just his left hand, clutched it to his ribs and dived to dot down - all in one fluid move.

The second wasn't bad either... 🙌 pic.twitter.com/m7mTTOIK37

It was a wonderful score fro Coombes and justification for van Graan when he selected a lot of younger players to head to Parc Y Scarlets and take on an experienced Welsh side.

There will be tougher tests ahead for these provinces - starting with the first inter-pro of the season between Munster and Connacht - but these scores are an exciting portent of what is to come.


popular
“Players flourished when Roy Keane left” - Rio Ferdinand on why Keane was a 'detriment' to Man United
"To be able to call myself the fastest man in Irish history is just amazing" - Olatunde overjoyed after record-breaking run
Cristiano Ronaldo says he will reveal truth about Man United transfer saga
The moment Israel Olatunde realised he qualified for the Euro 100m final is what it's all about
Jamie Carragher on the three Man United players Erik ten Hag can't trust
"I went up to the Italians and gave them a big auld shoulder" - Paul O'Donovan does it again
Jurgen Klopp reacted like everyone else to Darwin Nunez headbutt red card
You may also like
1 week ago
"Everything’s done for you" - Eddie Jones on how private schools influence English rugby
1 week ago
Faf de Klerk knocked out after horror collision with knee of All Blacks winger Caleb Clarke
1 week ago
"We'll support him in any way we can" - Wallabies captain Michael Hooper backed for brave mental health decision
1 week ago
At a time when rugby needs genuine characters, Naitoa Ah Kuoi could not have timed it better
2 weeks ago
Eight Ireland players make final cut in 'World Class' 33-man squad selection
2 weeks ago
"There's no magic wand. A lot of it starts and finishes with hard work" - Ronan O'Gara
Next Page